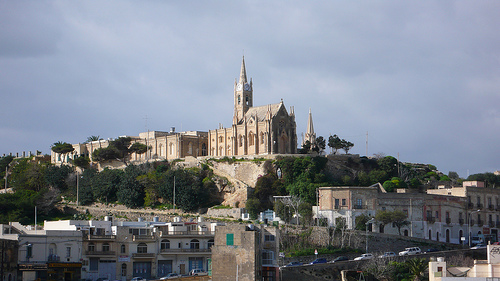 The Republic of Malta is a small but densely populated country in the south of Europe, a Mediterranean archipelago with an estimated population of nearly 450,000. With its rich history and culture stretching back thousands of years, its pleasant Mediterranean climate (the best in the world, according to an International Living report in 2011), its strong, advanced economy, and a number of incentives for expats (especially if they’re young and well-to-do), Malta is an attractive option for many people from all over the world.Religion in Malta

Malta is one of the few remaining countries in the world where Roman Catholicism is the state religion. Roman Catholicism has in fact been the predominant religion in the country for a long time, and today an estimated 98% of the population is Catholic. Malta is in fact also one of the few European countries where religion still plays a major role in both public and private life. In most of Europe today, growing numbers of people are atheist, agnostic, or without a specific religious affiliation. In Malta however, the overwhelming majority of the population is either religious or spiritual, with only a 2% minority professing no belief in a god, spirit, or life force, according to a 2005 poll.

Church attendance in Malta is quite high, as is involvement in a variety of church-related activities, including prayer groups and bible study groups. Local parish feasts and larger religious festivals across the country both see a great deal of participation and celebration. Religious education is also quite important in schools, and this of course is primarily in the Catholic faith, although students are allowed to opt out of these religious classes.

Religion also greatly influences public discussion, public policy, and the law in Malta. The country has wide-ranging laws relating to blasphemy and religious offence. Abortion is also strictly illegal, with no exceptions, including cases of rape and incest. Divorce was also illegal until 2011, making Malta the only European country at the time, apart from Vatican City, to still not recognize divorce.

However, as a sign of the changing times, Malta held a referendum on divorce in 2011, in which 53% of the Maltese people voted in favor of a new law that would allow divorce, and the Maltese Parliament later approved the law.

Other Religious Groups in Malta

Malta has had a long association with Christianity, going back to the religion’s earliest days. However, apart from the Catholics, who form the overwhelming majority in the country, there are very few Christian denominations left there today. This is in spite of 150 years of British rule, during which there was a significant population of Anglicans in Malta. Today, there is a small population of Protestants, but these are mostly expats from across the world – most of them, in fact, are British retirees. There are also small populations (no more than a few hundred) of Mormons, Jehovah’s Witnesses, Eastern Orthodox Christians, and others.

Malta has a larger population of Muslims, although their numbers too are quite small, considering the country’s location and the fact that the region had around 200 years of Islamic rule. In 870, Malta was invaded by the Arabs, and their rule lasted until 1090. Through most of this period of history, and even for a long time after, Malta had a large Muslim population, often a majority. Today however, Malta’s Muslim population is estimated to be only around 3,000, and only 25% of these are Maltese citizens; the rest are foreigners.

In spite of the overwhelming influence of Roman Catholicism in Malta, the country scores well in terms of religious freedom and the absence of religious strife and oppression. Freedom of religion is guaranteed by the country’s constitution, and is also supported in practice by the government.