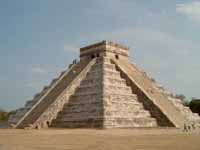 Mexico has some of the most remarkable sites in the world ranging from ancient pyramids to spectacular waterfalls. In a country as rich and diverse as this, there is a multitude of things to do and experiences to have. Here is a list of things you should not miss out when living in Mexico.

The most visited museum in Mexico and often the reason why many visit the country in the first place, the Museo Nacional de Antropología is located in Chapultepec Park. It is among the world’s great museums and houses an extensive collection of exhibits, from the giant stone heads of the Olmec civilization to the treasures recovered from the ancient Mayan civilization.Visiting exhibits also often feature in the museum and exhibits from countries across the world like Spain, Egypt, China and Russia have also been part of the museum’s collection. One of the most noteworthy features of the museum is the biggest and richest of all its rooms, the Mexica Gallery, with huge intricately carved stone sculptures.

In Mexico City, there are several markets where you can browse or shop for hours on end. For a variety of Mexican crafts, you can head over to the Mercado de la Ciudadela, where you can also get your hands on some traditional embroidered Mexican ponchos and dresses, or the Bazar Sabado on Saturdays, where you can shop for high quality handicrafts. At Mercado la lagunilla, you can buy anything from electronics and antiques to vintage hats and coats, including stuff from young independent designers. Mercado de la Merced offers a wide selection of fruit, vegetables and other food products such as herbs, spices and Oaxacan cheeses.

There’s also the famous witchcraft market, Mercado Sonora, where you can find truly extraordinary items for sale such as amulets and ‘magic potions’.

Spend time at the Zócalo

El Zócalo, or Plaza de la Constitución as it is officially known, is the main public square in Mexico City. The religious events held during the Holy Week and Corpus Christi draw crowds of people to the square. You can also see many historic buildings around the place such as the National Palace and the national cathedral. At sunset, you can get to witness an interesting event when Mexican soldiers march into the square to take down the large Mexican flag that stands in the center.

Guanajuato, a UNESCO World Heritage site, is a quaint city located in the scenic valley that is bordered by the Sierra de Guanajuato Mountains. It is often referred to as the ‘place of frogs’ as the early inhabitants felt that the mountainous terrain looked very similar to a frog. The region is also called Baijo. At Guanajuato, you can attend the annual Cervantino festival of performing arts named after the author of Don Quixote, Miguel de Cervantes. There is also a museum dedicated to the classic where you can see statues of the hero, Don Quixote, and his loyal sidekick, Sancho Panza. The city is also a great place to try out some Baijo dishes such as the local favorites of enchiladas mineras (tortillas with beans, meat or cheese filling with a sauce made from dried guajillo and ancho chilies) and Pacholas Guanajuatenses (spiced ground beef). You can also go hand gliding or take a hot air balloon ride around the picturesque valleys and mountains.

Discover the mysteries of Chichen Itza

The most famous of all the ancient Mayan cities, at Chichen Itza, you can marvel at the 99 feet tall temple of Kukulkan, also called El Castillo. The Mayan calendar is referenced in many places around the monument, which is built with 91 steps on each of its four sides, which when added along with the temple platform gives you 365, the number of days of the solar year. You can find more ingenious calculations as you explore further. There are nine terraces, each divided into two, equaling 18 – the number of months in the Mayan calendar.

One thing you should avoid doing in Mexico is hailing a taxi, as it is not considered very safe, given the many unlicensed drivers. It’s a good idea to head to a labeled taxi stand instead (Sitio de Taxi).