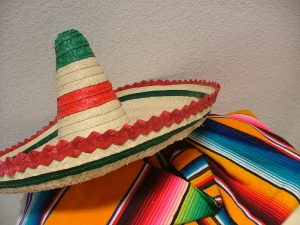 Mexico is a large country, yet it is easy to get around because of its many modes of public transport. Here is our expat guide to travelling on Mexico’s public transport system.

Major cities such as Mexico City, Guadalajara and Monterrey have their own metro systems. The Mexico City Metro system (Sistema de Transporte Colectivo or STC) serves about 1.609 billion passengers and covers the metropolitan area. This is the second largest metro system in North America, the New York metro being the first.It offers a quick and convenient way to travel around the city and has some of the lowest fares in the world. Twelve lines make up the metro system and they serve 195 stations. The Metro is open on weekdays from 5am to midnight, on Saturdays from 6am to midnight and on Sunday from 7am to midnight. Once you enter a metro station, you will need to buy a ticket (boleto) at one of the ticket booths. This ticket has to be inserted into a slot at the turnstile before passing through. There are signs that display the destination of each line and a map at the station entrance displays all the routes. Signs indicating the platforms and exits are displayed all over the station and inside the trains; there are maps at each door listing the stops for that particular line.

Buses in Mexico can be crowded during peak hours, but the bus network has a reputation of being comfortable, affordable and efficient. Cities and towns usually have a main terminal called the Terminal de Autobuses or Central de Autobuses. Most bus stops display a map indicating the route of the particular bus. There are different classes of buses in the Mexico bus network. Deluxe or executive buses run primarily on busy routes and are air-conditioned with more comfortable seats. The first class buses are also comfortable and most towns have a first class bus service. Second class buses cater to smaller towns and villages, are cheaper and tend to make more frequent stops, so travel can be slower. In these buses, you usually have to pay the fare directly to the conductor. In case you board the bus somewhere in the middle of the route, you may have to stand until someone vacates their seat.
Microbuses are the smaller, newer second-class buses that run on shorter routes.

For shorter bus journeys on main routes, you can buy a ticket at the terminal and board your bus. However, for longer journeys or in case of less busy routes, you may need to buy your ticket beforehand. The deluxe and first class bus companies enable you to select your seat at the time of purchasing the ticket.

The Metrobus was introduced in 2005 and comprises five lines that run across Mexico City and also connect to other modes of transport. The buses are quicker that other means of travelling, although peak hours may be crowded. A smartcard can be used to board the buses and these can also be recharged.

In some areas of the country, smaller vehicles such as minibuses, vans and taxis serve as alternatives to the bus network. These colectivo (collective) vehicles ply between towns, departing only when they are full of passengers.

Taxis can be easily found in most cities and towns. They are affordable and taxis in some cities also have a fixed rate for travelling to certain central areas. In unmetered taxis, the price should be decided upon before you get in and some amount of bargaining may be required here. In taxis with meters, it’s a good idea to confirm that the meter is working before getting in. You can find authorized ticket taxis at some of the bigger bus terminals and airports where you can purchase a ticket to a particular destination and hand this over to the taxi driver. Authorized ticket taxis may have higher fares than regular taxis.

Colectivo taxis can be found usually in rural areas. They travel on set routes and pick up and drop passengers along the way. You can also rent a taxi for a day, although the cost will be similar to that of hiring a cheap rental car.