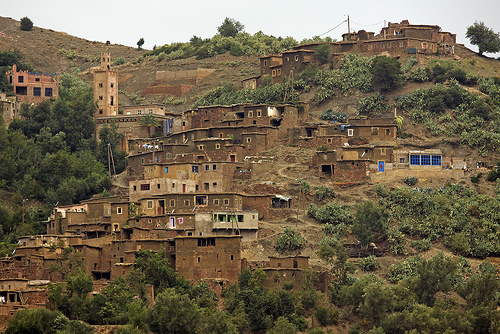 The Kingdom of Morocco, as it’s officially known, is a North African country with a long and complex history. The country is quite unusual in the region, in that it has remained independent throughout most of history. It also has a unique mix of cultural influences – Arab, African, and European, as well as the indigenous Berber influences. Morocco is also the only country in North Africa to have coastlines touching both the Atlantic Ocean and the Mediterranean Sea.Morocco has always been popular among both travelers and expats, and remains so today in spite of the recent turmoil in the country. However, there are definitely aspects of living in Morocco that take some getting used to. Here are a few things that you should consider before you decide to move there.

Many describe Morocco’s political system as authoritarian. Certain political freedoms that expats may be used to do not exist here. It’s worth mentioning that most expats remain unaffected by such things in their day-to-day lives; however, for those who are politically aware and like to take an interest in the goings-on in their new home, it can get a bit frustrating.

There’s also the turmoil and violence that has increased as a result of the conflicts between various groups and the opposition to the government in the last few years. Again, it’s possible to never encounter any such conflict, but the situation does make it necessary to always be cautious.

Many of the restrictions in Morocco are also religious. Most sources estimate that Morocco is at least 99% Muslim, and this expresses itself in what is and isn’t allowed in the country, both socially and legally. In the big cities, where most expats are likely to live, it’s possible to find people who are about as liberal and cosmopolitan as anyone in any other big city in the world, but there’s still a great deal of conservatism around. Public displays of affection and clothing that’s considered immodest are quite likely to be considered offensive and/or immoral. Things can get particularly difficult during Ramadan, when even eating in public is frowned upon.

Being a woman in Morocco is particularly difficult. Most restrictions are stricter for women than they are for men. In general, equality among the sexes isn’t great here – women face a number of restrictions that men do not, are shut out of certain roles, and are often paid considerably less than men are for the same work. Women in particular are expected to dress “modestly”, and this typically includes covering the legs, shoulders, and arms. Even at the best of times this can feel oppressive, but in the Moroccan summer it can get particularly bad. In the cities, women do dress more liberally, in knee-length skirts, for example. However, this usually results in more street harassment, which is another problem that women have to deal with.

Racism is a widespread, severe, and mostly unacknowledged problem in Morocco. Black people and the native Berber people are generally looked down upon and treated badly in the country, and dark skin being an obvious racial indicator, black people from any country get the worst of it. In fact, even though Morocco itself is in Africa, many Moroccans use the word ‘African’ as a slur. Black tourists, students, expats, and even locals talk about being insulted in the street, assaulted, and treated rudely in shops or even at the workplace. What makes it worse is that when the issue is discussed, most Moroccans will deny the problem exists or make excuses for it.

This isn’t unique to Morocco, but many expats come here expecting the cost of living to be lower than it really is. It’s worth considering the actual costs and also the kind of lifestyle you are willing to lead. Expats who are willing to live more like the locals find that they can live quite cheaply. On the other hand, shopping at supermarkets and malls, and regularly buying imports from back home can become expensive.

Services such as garbage collection and water supply aren’t as good as they could be, even in the cities. In general, it can be difficult to get things done, whether you’re talking about household repairs, obtaining government documents, or customer service. Many expats and quite a few locals too complain that government services are extremely disorganized, unhelpful, and bureaucratic. Another frequent complaint is about the widespread littering and the piles of garbage on the streets.