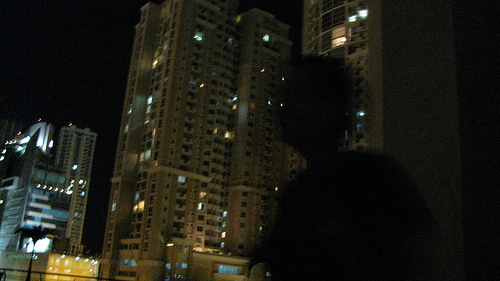 One of the most common questions when moving to a new country is how safe it is – especially for women. Panama is well known as a great expat location – the tropical climate without the extreme heat; the mix of Central American jungles and beaches with urban, modern cities; the low cost of living combined with the most modern infrastructure and facilities as well as a healthy economy.

All these things and more make it popular not just with retirees but also with young, working professionals and entrepreneurs, often along with their families. Many of the expats moving to Panama are women, and whether they’re moving there to retire, to pursue a dream career, or simply for a change of scenery, one question is of great importance. How safe are expat women in Panama?General safety

In general, Panama is a safe country – crime is low, the political situation has been stable for many years, and there is no major ethnic or religious strife. Specific parts of the country, such as the Darien Province and the Mosquito Coast in the north, do have a more severe problem with crime: robberies, kidnappings, and even murders are known to take place here. Certain border areas are also unsafe. Panama shares a border with Colombia, and drug traffickers are known to operate in these border areas. It is therefore generally advisable for expats to avoid travelling to these regions unless absolutely necessary, in which case adequate security precautions must be taken.

Panama City is mostly safe – a small number of petty thefts, pick-pocketing, credit card fraud, and muggings do take place, but violent crime is usually not a problem. Of course, as with any large city, there are specific areas that are crime-prone and dangerous, and are best avoided. Calidonia, Chorrillo, Cabo Verde, Panamá Viejo, and Santa Ana are some of the areas with higher crime rates.

As for political protests, these are usually non-violent, and most of them take place on the Inter-American Highway. Since this is usually an unavoidable route when travelling across Panama, the protests can affect travel plans, whether for work or leisure. In the past, the highway has been blocked for several days at a time, so it’s usually a good idea to check on the situation before you travel.

We asked Bob Arno, writer of the Thiefhunters in Paradise blog, what the most important safety concerns are for female expats in Panama.

“In Panama, any visitor or expat seems wealthy beyond words to a thief, and women are easier targets. Purses don’t have nerve endings—thieves love to steal from them because the victim feels nothing. And it’s a cinch if they’re on the back of a chair or carried behind the woman’s arm.”

So what can expats do to lessen the chance of being robbed? Bob elaborates:

“Read the official state warnings (for the U.S. at www.travel.state.gov) and take them seriously. You look up the weather, good restaurants, and local events; read up on the local crime scene, too.

The most common item stolen, and the easiest to keep safe, is the mobile phone. It’s most vulnerable sitting on the cafe or restaurant table—yes, even right under your nose. Don’t set it on the table. Keep it in your waistband, tucked in your bra, or just out of sight.”

Petty thefts aside, Panama is on the whole a safe destination for expats of all genders. There are cultural aspects that may require some getting used to, such as the general comfort with physical closeness that some outsiders initially interpret as an invasion of their space. However, this is usually not meant to be aggressive or presumptuous, and is therefore best ignored.

There are however other behaviors that are not as benign, although they are usually not dangerous. Women will often experience catcalling, hissing, and other similar unwelcome behaviors, and while these are definitely unpleasant, the good thing is that that’s usually where the behavior ends. Local women also go through the same experiences; most of them have learned to simply ignore the attention and will advise you to do the same.

It is also generally advisable to dress so as not to attract attention. In most urban areas, people dress as they would in almost any other modern, urban city, but when traveling through rural areas, it is advisable to dress more conservatively. Even in Panama City, it may be a good idea to avoid clothes that are either too risqué and adventurous or that mark you out as a foreigner, unless you’re going to a specific place where you wouldn’t be out of place, such as a nightclub or an expat party.

With regard to travel, it is important to double-check all travel plans and be a bit cautious. Taxi drivers often tend to overcharge passengers, especially foreigners, and sometimes foreign women in particular. Most taxis don’t run by the meter, and will often charge an arbitrary, excessively high fare. It is best to discuss the fare before you get into a taxi, and settle upon a mutually agreed amount. Bob Arno adds some advice for lessening the chance of being ripped off:

“Try not to look wealthy. Dress down and don’t flash your cash. Carry all valuables in a pouch under your clothes.”

If you’re using public transport, check the timings. Buses and other public transport services often stop early, especially in the rural areas, and one of the easiest ways to pick yourself out as an expat is by standing on the side of the road, looking lost.
In these and most other situations, knowing Spanish will definitely help you – you’ll be able to talk to locals, ask questions and get answers, and besides, in a tight situation, it’s always much scarier if you don’t know what’s being said by the people around you. A few classes in basic Spanish will be a huge help, and are very highly recommended before you move.