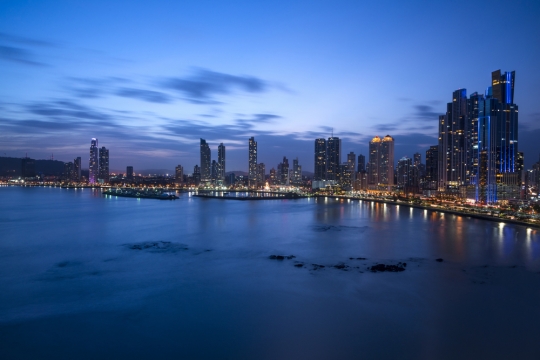 House hunting can be time-consuming at the best of times, but house hunting as an expat is even more so. Especially as there may be legalities or cultural nuances of which you aren’t aware. This is as true in Panama City as anywhere else in the world.

Panama City is the largest city in Panama. The capital is framed by the man-made Panama Canal and the Pacific Ocean, and spans across 275km² across – so there’s plenty of space to look for a new home! When looking to rent an apartment in Panama City, it’s important to know which neighbourhood you would like to reside in. Each neighbourhood within the city has its own character. Here’s a guide to those neighbourhoods.

Casco Viejo
A historic district and a popular tourist destination, Casco Viejo is a UNESCO world heritage site which was recently restored. As a result, this part of the city has an abundance of colonial architecture, boutique hotels, cafes, markets, clubs and art galleries.

Costa Del Este
Boasting a modern, upscale atmosphere, some would say this neighbourhood has an LA flair. With palm trees, glass buildings and a plethora of luxury cars, the Costa Del Este neighbourhood almost feels as though it is separate from the rest of the city. However, whilst it’s not the best place for cultural immersion, it is home to a host of expats.

Punta Pacifica
A centrally located neighbourhood which overlooks the Pacific Ocean, Punta Pacifica is a much sought-after location for real estate development.

El Cangrejo
Considered to be the most walkable neighbourhood, El Cangrejo has historically been home to middle-class Panamanians. The neighbourhood is vibrant and filled with popular restaurants, meaning it has developed a unique character all of its own.

Amador
Linked to the mainland by a causeway, Amador is less of a residential neighbourhood and more one of leisure. Linking up the four islands the Amador Causeway has limited housing options, so the ones that are available come at a price.

Clayton
Once a former military base, Clayton now resembles an American suburb. This neighbourhood is filled with private schools, villas and ample green spaces. It is particularly popular with expats and those who work within the tech industries.

Avenida Balboa
Considered to be home to the most exclusive addresses in town, Avenida Balboa has a convenient location and great views spanning out to sea.

Panama Pacifico
Green and family friendly, Panama Pacifico is home to international schools and residential developments and has a self-sustainable feel.

Coco Del Mar
Coco Del Mar is an exclusive neighbourhood offering a mix of high-density apartment buildings and single home family properties. Situated just a few minutes from downtown Panama, the location is convenient yet maintains the feeling of quietness which comes from being outside the main hub.

Renting an Apartment in Panama City

Once you have chosen a neighbourhood, it’s time to find a property to call home. Apartments are the most popular option for expats and can be found by using estate agents or by driving around neighbourhoods looking for rental signs.

If your chosen home is more than three years old, do some checks to ensure everything is functioning. Plumbing, electricals, sinks and windows are the most commonly problematic elements, but landlords will usually fix these. It’s important to check whether the landlord resides nearby, as if they live out of Panama or overseas, it may be left to you to organise the repairs.

Once you have found a potential apartment, it’s important to check with the building supervisor what the residents within the building are like. Panama city is a lively place with a bustling social scene and as a result, people often invite friends back to their homes, meaning it can be loud late into the night with music and/or chatting.

In addition, it’s important to know that not all utilities are included as standard. Which utilities are included will vary from landlord to landlord and as a result, you will need to check with the landlords of the properties you’re looking at as to whether elements such as hot water, TV, internet, gas, electric and water are included in your rent. It’s also worth enquiring about whether there is a water reserve tank, as during the end of the dry season (between April and May) there can often be a loss of water pressure. Having a water reserve available means you won’t suffer as a result.

You will have a choice of furnished or unfurnished properties. If the apartment you are looking at comes fully furnished, it’s worth making an inventory and getting the landlord to sign off on it so you have a record of what was there. That way, you will not be held liable for missing items which were never there to begin with.

Unlike with many other countries, you are not required to have a residency visa in order to rent a property in Panama. However, you will need one month’s rent as a security deposit, which is required up front, together with your first month’s rent. Once you have entered into a tenancy with your landlord, you will have to complete paperwork which includes a legally-binding tenancy agreement. The length of your tenancy can be negotiated, but typically expats find that a short-term let is most favourable as it gives them an idea of whether they enjoy living in that particular neighbourhood.

If you find that a particular location or property is not for you but have already signed your tenancy agreement, you can legally get out of tenancy with a 30-day notice period. In this instance, you won’t get the security deposit back, but you won’t be liable for any more rent after this either. The only way to keep your security deposit is to end your tenancy at the close of the agreement.

Have you lived in Panama City? Share your experience in the comments below, or answer the questions here to be featured in an interview!