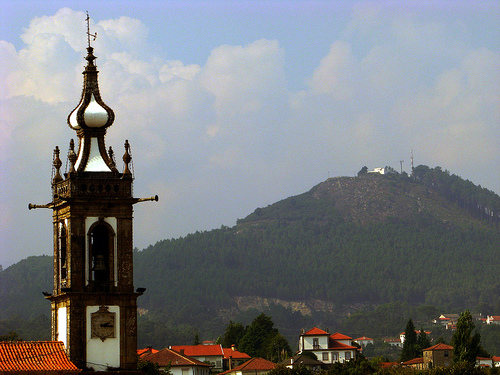 Peru has been home to some of the most ancient cultures in the world, from the Inca Empire to the Norte Chico civilization. The country sits on a portion of the spectacular Andes mountain range and is neighbored by countries such as Brazil, Chile and Ecuador. But this South American country is so much more than its archeological sites and ecological treasures. Due to its vibrant culture, Peru has its own distinctive music, food and traditions.A significant number of expats from different nationalities have made Peru their home over the years. Many of them live and work in the capital city of Lima.

Both resident and non-resident foreigners are permitted to buy property in Peru. Prior government approval is necessary only for property located near the country’s borders. There are restrictions on foreigners owning property in close proximity to military bases and government installations. The transfer of property must be made by public deed and to make sure that a title is clean, it is important to obtain a Property Registry Certificate.

Here is an overview of expat property hotspots in Peru.

Lima houses a sizeable expat population. Some do feel that class and income level tends to segregate the city. Lima’s property market also tends to cater to traditional family homes, and modern compact apartments that are centrally located may be hard to come by. But the city does have some attractive neighborhoods that have stayed popular among expats. One of these is the San Isidro district, which is the abode of a number of foreign embassies and businesses. It is also known for its El Olivar Park that serves as a green lung for Lima, which witnesses high pollution levels.

Miraflores, also in Lima, is popular for its green spaces such as El Malecón, a six-mile stretch of parks overlooking the Pacific Ocean. Its upscale housing options may be of particular interest to expats. The district also has an array of restaurants and bars. Miraflores is considered one of Lima’s nicest suburbs, but the downside may be the large numbers of tourists and visitors.

This suburb in Lima actually resembles a little village, away from the bustle of the capital city. Barranco used to be a place only the wealthy would visit, but has now taken on a relaxed, bohemian character that makes it a great place to live. With excellent views of the sea, Barranco is ideal for expats looking for a quieter lifestyle.

Located in the Central Highlands, Ayacucho was cut off from visitors until the mid-1990s due to a guerilla war that originated within the city itself. Today Ayacucho’s beautiful churches, colonial buildings and numerous cultural festivities are open for all to enjoy. The city has the feel of a small town.

Pisac is located about 35km from Cusco and perhaps best known among travellers for its Sunday market. This town is small enough for walking and expats will feel at home in Pisac due to its large expat population. However, expats may also notice that there is very little interaction between foreigners and locals. The one occasion where everyone comes together is the Sunday afternoon market, where everything from handicrafts to groceries is on sale.

Chinchero is an Inca city located in the Sacred Valley. It sits higher than Cusco at 12,500 feet and may take some acclimatization. Being an indigenous area, Chinchero’s native settlers have retained their traditional customs. One of Cusco’s ‘bread-baskets’, this town yields plenty of produce such as wheat, lima beans and potatoes.

This town is located between the Pacific coast and the northern desert. With long stretches of sandy beaches and a number of upscale resorts, Máncora is popular with travellers and surfers. The year-round sunshine is one of the main advantages of living here.

Cajamarca is not exposed to a lot of tourist traffic and is therefore popular with expats who want an easygoing, small town lifestyle. This elegant colonial metropolis is surrounded by the Andes and the lush green countryside. Cajamarca has both a younger, more modern population who visit the boutique restaurants and bars, and the campesinos, clad in wide-brimmed hats and colorful scarves.