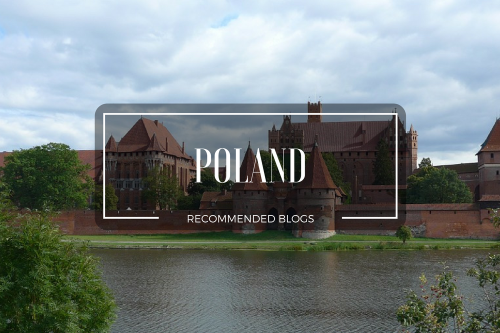 At Expat Focus, we like to be on the lookout for resources around the web that could help prospective expats adjust to their new countries. Today, we’re taking a look at Poland and some of the blogs that might be useful for expats there.Twisted Red Ladybug
http://twistedredladybug.blogspot.com

A Polish vacation changed Anda’s life; it resulted in the offer of a work transfer and before she knew it, she was packing up and moving to Krakow. Five years later she’s married to a local, and she’s a mum. Her blog archives take you through her musings as an expat, from cultural differences and customs, to her battle with Polish bureaucracy and the planning for their Romanian-Polish ‘big fat wedding.’ If you’re looking specifically at Krakow, Anda has to-do lists and recommendations. Aside from life in Poland, Anda discusses her favourite movies, books, music and where her overseas travels take her.

Chris is an American and married mum of two, teaching English in Poland and raising two bilingual daughters. Her blog stretches back seven years, and it’s well worth delving into past updates for amusing anecdotes, personal reflections and heart-wrenching experiences; such as when she had to attend her father’s funeral via Skype. There are pointed pieces about teaching her Polish children English and about identity, and she also shares her thoughts on both Polish and American politics. Settle in with a cuppa and engross yourself in Chris’s expat stories.

Leah is from Orlando, Florida, but has lived in Gliwice since 2010. Her blog is “a little American, a little Polish” as she ponders the differences between her home culture and her new one (notably the weather, social benefits, weddings, music, the dreaded tax return). Leah invites you to explore and experience Poland alongside her; she’s an English teacher (and considers it the best job on earth) who loves trying new restaurants and cafes, learning Polish, hiking, and traveling around Europe with her partner. If you’re about to make the move don’t miss: ‘10 things to know as a newbie in Poland’ and ‘5 ways to facilitate your assimilation into Polish culture.’

After studying in Mexico and then Paris, twenty-something David found his way to Poland and he now lives in Warsaw. He posts about both Mexico and his adopted country, providing insight into and explanations about, key events for both cultures. Less about practical relocation-style articles, David instead covers interesting facts about Poland, from local dishes to traditions. Explore historical landmarks and read his city summaries. David also posts ‘one day in’ location videos and he interviews fellow expats in the country about their experiences.

The expat adventure began for Matt at age 30 and initially, he was only meant to be in Poland for nine months. Five years later he’s still there, married to a Polish woman and working in Krakow. If you’re looking to go to Poland, explore his Wiki page which contains useful information and links helpful to both future expats and travellers. While modest about his photography skills, Matt shares some really stunning shots; use the top tabs to jump to posts related to Targowisko and the Krakow area, towns further afield and to read about his travels outside of Poland.

From Coast A Costa
http://www.fromcoastacosta.com/

Franklin and Danielle left the United States in search of a different lifestyle, and they found it in Poland – but the country was just the start of their journey. Their enthusiasm for living abroad shines through in their blog and vlog updates which chronicle their mission to move to Europe with jobs already lined up. They document applying for and finally landing the all-important job, preparing their relocation to Wroclaw, and how they went about bringing their dogs along with them. Naturally, once in Europe the couple waste no time in getting their travel on.

We’re always on the lookout for more sites to feature – if you run a blog about living in Poland, leave us a link in the comments and we’ll take a look!