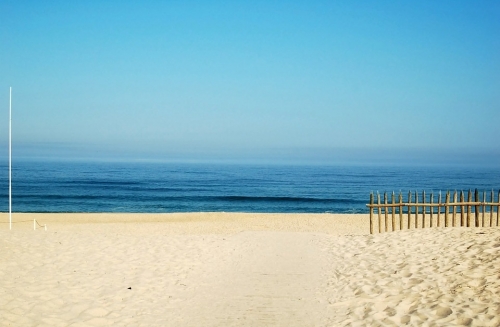 With expansive stretches of white beaches and towering mountains, Portugal, located on the west of the Iberian Peninsula, is a haven for expats who love plenty of sunshine. Surrounded by Spain and the Atlantic Ocean, Portugal has a population of nearly 10 million, and is especially known for its long hot summers.Apart from the abundant natural beauty, Portugal is also known for its friendly and hospitable population. Portuguese culture is centered on family and the society is welcoming and helpful to expats. However, the relaxed pace of life, which is another thing Portugal is renowned for, may be frustrating to some expats. Also, navigating the government bureaucracy can be a slow and tedious affair. Jobs are not very easy to find in Portugal and incomes are comparatively lower than in other European countries.

However, most expats who decide to settle down in Portugal come looking for a better quality of life, rather than for professional or financial reasons. The cost of living is among the most affordable in Europe. Food is reasonably priced with affordable fresh vegetables and fruits. Eating out is also cheap.

Portugal’s property prices are reasonable in the non-touristy areas and expats generally prefer to buy rather than rent here. Portugal serves as a great investment destination, and is also a popular destination for expat retirees. The country is well connected to the rest of Europe and its main airports of Faro, Lisbon and Porto have air links to most European destinations. The scenic natural landscape, welcoming people, sunny weather and a slow pace of life make Portugal an exciting expat destination.

Portugal is home to some of the best beaches in the world. Much of the stunning coastline and beaches face west, which means that you can feast your eyes on beautiful sunsets every day. Portugal is endowed with an incredibly attractive coastline and stunning beaches, which expand around the entire sea-facing regions of the country. The most popular tourist beaches can be found along the southern part of the Algarve coastline. Along the western coast, conditions are ideal for surfing and other watersports. Both of Portugal’s main cities, Lisbon and Porto, lie close to the beach, and the multitude of small towns and villages near the coast also have their own little beaches.

This is perhaps the most popular Portuguese destination among Europeans. It has facilities for all kinds of activities such as yachting, golf and watersports. You may be able to find a good deal in the city of Tavira in eastern Algarve, which is a twenty-minute drive from Faro airport. A two bedroom, two bathroom apartment, which is just a mere five minutes away from the beach is likely to cost somewhere between €180,000 and €400,000. East Algarve, which was previously not as popular, is now being seen as a place for value-for-money houses. In the west, some of the best beaches include Sagres, Zavial and Praia Castelejo. Prices have stayed lower here and the region is now seeing an increase in property sales. Expect to pay nearly 50 percent less for a home in the surf resort area of Vila do Bispo, than in Lagos. The average price for an apartment here is €160,000 and that of a house is about €315,000.

Tavira on Portugal’s Algarve coast is different from the rest of the seaside resorts due to its pristine architecture and historic roots, which are evident across the town. The Moorish influence can be seen everywhere from the traditional whitewashed homes to the Moorish bridge which connects both parts of the town. Tavira also has some of the best natural beauty in Portugal and expats looking to rent or buy property in this area will have the opportunity to explore its white sand beaches that lead to the warm waters of the Atlantic Ocean.

Alentejo coastline: This is an ideal destination for those who want a glimpse of the ‘real’ Portugal. The coastline stretches from the beginning of the River Sado to Zambujeira do Mar. It is a well-preserved coastal area with beautiful beaches, a welcoming population and great food. There is lot to explore on the Troia peninsula, which can be reached via Alcácer do Sal or by ferry from Setúbal. There is also some history to be explored here, and you can discover the area’s cultural heritage, such as the Carrasqueira village on stilts. 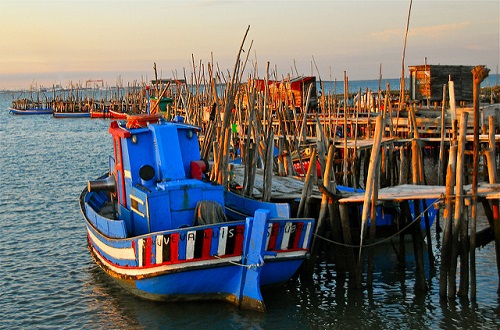 A great spot for a family home is Comporta, also on the Alentejo coastline. The coast remains unbroken until the city of Sines and has some pleasant beaches like Pinheirinho and Galé. In Melides and Santo André, there is choice between the sea beaches and the lagoons. At Sines, the world music festival is held every year in early summer.

Along the Alentejo coastline, you can find a number of charming fishing villages and the prices are lower than in the tourist spots. A medium-sized home may come at a price of around €140,000. Inner Alentejo is a popular wine-growing region. The properties here depict the traditional style, the purpose of which was to stay cool instead of soaking up the sun. As a result, you will see plenty of whitewashed villas with blue designs around the windows. Remember that there is no sea breeze here and the weather can be quite hot. But since it is away from the coast, prices are cheaper.

This popular seaside town is about half an hour away from central Lisbon by bus or train. The area is lined with beaches and is popular among expats. There is an old-fashioned village atmosphere in the neighborhoods near the coast. The houses have tile roofs and the streets are cobbled. The part near Cascais’ train station tends to be a tourist hangout. But move beyond this area and you will find the peaceful old town. The city’s inland region is modern with shopping malls and high-rises. There is a sizable expat population in Cascais, especially those of British origin. This makes it easy to get on without having to learn the local language. There are plenty of options for short-term rentals here. Cascais is a good choice for those who prefer the laid-back beach lifestyle.

This is a largely unexplored Portuguese town, and one in which natural beauty abounds. It is located inland, on the edge of a lagoon, and is only a short bus ride away from the spectacular Silver Coast beaches. The sandy beaches are centralized around the resort towns of Costa Nova and Barra. Aveiro is not located directly on the coast, but is 7km inland from the beaches in the region. There are also regular bus services to the beaches. Aveiro is not considered a resort town due to the distance to the beaches, but it is still ideal for expats who want a bit of old-world charm in the form of Aveiro’s network of canals, whitewashed Mediterranean houses and quaint courtyards. 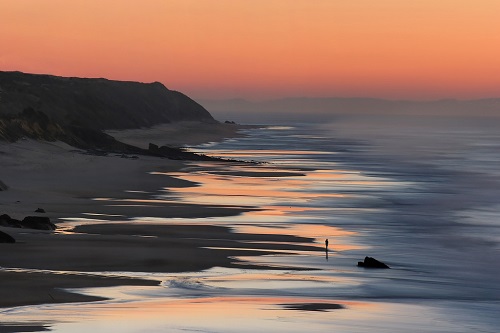 This region is locally called the ‘cold coast’ because of the sporadic winds and low temperature of the water. But the beaches soak up the sun and keep them trapped in on count of the sheltered rugged cliffs. New seafront properties have been cropping up along the Silver Coast, but it still remains largely unspoilt. Rent or buy a home here if you want a taste of authentic Portugal. In the charming towns and villages, English is not spoken very much, as the locals still speak their own language. This is also the place to taste real Portuguese flavors. But the huge advantage that the Silver Coast has over other regions such as the Algarve, is that it offers properties for roughly half the price. A two-bedroom apartment with a view of the sea is likely to cost less than €120000. The rental rate is €470 per week in the high season.

Should you buy or rent?

This is one of the most common questions expats are faced with once they decide on a destination. But it depends on various factors such as the present property market, the cost of an expat mortgage and the duration for which you want to live in Portugal. The property market faced several years of flux, but is now showing signs of recovery. The decision to buy or rent is mainly based on the location and the type of property. There is flexibility when renting, but it may be difficult to find long-term lets in the beach and resort areas. There are some owners who charge rents during the holiday season and leave the property empty during the off-season.

With the current low interest rates, buying property in Portugal can also be a good option, and may even work out cheaper than rental payments. Property prices are increasing as the country’s economy recovers, but they can still be considered relatively low after the economic crises. In January 2016, prices rose by 3.66 percent and reached an average of EUR 1047 per square meter.

Even though the prices are increasing, it may take a while to profit from Portuguese property. The housing market here is more uncertain than in other European countries, but there is potential for higher earnings in the long term. However, there are also the capital gains taxes that take up a considerable amount of profits along with real estate agent fees.

At the local municipality, a search will be carried out to check the land registry (Conservatoria de Registo Predial). Another search will be done at the Inland Revenue (Repartição de Finanças) to ensure the tax registration on the property and to make sure that there are no unpaid charges. You will receive a fiscal number (numero de contribuinte) from the local tax office that will enable you make transactions in Portugal. If you are satisfied with the property, you can buy a promissory contract (Contrato de Promessa de Compra e Venda), after which details of the conditions of sale and other documents regarding the transfer will be drawn up.

Once the agreements have been signed and notarized, the seller and buyer are legally bound to ensure that the transfer goes through. The buyer furnishes 10 to 30 percent of the sale price and both parties will record a date with the notary for the completion of the sale. As the buyer, your next task will be to pay the municipal property tax (Imposto Municipal Sobre Transamissões – IMT). The transaction is completed with the execution of the Deed of Purchase and Sale (Escritura Publica de Compra e Venda), which is signed before a notary and officially recorded. At this time, the balance of the sale price is paid according to the guidelines of the Promissory Contract. The property will then be registered in your name at the Conservatoria de Registo Predial. This marks the completion of the transfer.

While Portugal is abundant with several desirable property locations, at the end of the day, it is important to choose a home that meets your requirements and your budget. Whether you are looking for a permanent home or a short-term residence; sports facilities, good schools or the best beaches, it is likely that you will find it here in Portugal. The year-round generous sunshine is just an added bonus!

Have you lived in Portugal? Share your thoughts in the comments, or fill in the questions here to be featured in an interview!