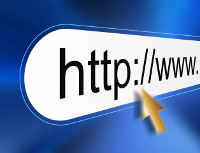 Overseas nationals make up a large portion of the working population in Qatar and English is widely used as the language of business. Job and business opportunities are plentiful and Qatar is considered the easiest country in the world to pay taxes in. Despite the considerable foreign population, eclectic business culture and modern lifestyle, Qatar remains conservative in some areas.

Foreigners often wonder about the Internet restrictions in Qatar. This is something that also bothers many locals. Even though the number of net users has increased over the years, Internet use is still heavily filtered. Much of the censorship is conducted by the state sponsored ISP, QTel (now Ooredoo), in accordance with guidelines issued by the country’s law enforcement departments.The government has declared that the country is an ‘information-open zone’ and Doha is steadily becoming one of the most open and progressive cities in the Gulf. Since nearly half of Qatar’s population comprises of foreigners, there is hope that Internet monitoring and censorship will come to a stop.

The main target of Internet censorship in Qatar is anything that is considered pornographic. There are much stricter parameters for what falls into this category as compared to those in western countries. It includes dating services, gay and lesbian content and also tools designed at circumventing censorship. Therefore it often happens that sites that have no offensive or obscene content are also censored. Qatar is a fairly free country and the freedom of speech is ensured by the constitution, but some amount of censorship of political content is also carried out. This is usually content that tends to critique major Middle Eastern authority figures.

Internet service providers in Qatar
Today Ooredoo, which was formerly QTel, and Vodafone are the major home Internet connection providers in the country. A fixed-line phone is not necessary for these connections since they use fiber cabling that enables high-speed Internet. Ooredoo and Vodafone install the fiber cabling across the country along with Qatar National Broadband Network, a government owned organization. The contact details of both Internet service providers are given below;

Connecting to the Internet at home
Both service providers offer various broadband packages for homes. The packages usually begin at QR 233 and go up to QR 700 if bundled with television services. There are installation fees that come to about QR 199, sometimes along with a three-month minimum subscription. You can opt for next-day installation. It is necessary to show a residence permit or identity card to the engineer who comes to install the Internet connection.

If you opt for an Internet connection that requires a landline service, you need to fill an application form at the service provider’s shop or dealership. This also requires you to show your residence permit or Qatar identity card. The electricity account number of the house and the landline number must also be filled out in the form.

Mobile Internet
Ooredoo and Vodafone also provide mobile Internet packages. There are some data limits on these packages as is the case in other countries. You can opt for the data plan that best suits your requirements. There are daily packs that range from 10 MB to 50 MB for sporadic users and weekly packs that range from 100 MB to unlimited usage. Monthly plans, for those who require heavy Internet usage, can range from 250 MB to 60 GB per month.

Wi-Fi in Qatar
Many restaurants, cafes and bars have Wi-Fi hotspots where you can use the Internet without any charge. There are Wi-Fi hotspots in some libraries. Free Wi-Fi is also available at airports across the country and many of them have free Internet kiosks located at various places in the airports.

VPN services
Many Internet users use VPN services to access blocked and restricted websites. A VPN enables a securely encrypted tunnel between a device and a VPN server and the service provider is unable to see your Internet activity. Many Internet cafes use these services to enable users to browse unfiltered content.