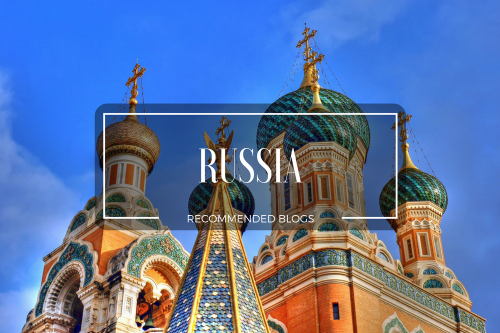 At Expat Focus, we like to be on the lookout for resources around the web that could help prospective expats adjust to their new countries. Today, we’re taking a look at Russia and some of the blogs that might be useful for expats there.Coffee + Cleveland
http://www.coffeeandcleveland.com/

Sharing her beautiful imagery, this American-turned-Muscovite is exploring her home to the utmost that her English teaching career allows. Adapting traditional US holidays to local cuisine, photographic Stalinka apartment tours allowing a literal view onto daily life and foraying into the linguistic challenges of learning Russian, Coffee + Cleveland is a wonderful reference resource.

A deeply moving journal of an expat suffering with MS, Inner Beauty is the personal blog and discussion of how faith affects the way K Faber views the world. Full of life challenges, this window on real life is Russia is incredibly thought provoking.

Repatriating recently to her native shores of the UK, the Potty Diaries is the thinking space of Clare, who survived 6 years of her children’s formative years without many of the comforts of her home nation. Making their home in the former Soviet Union was full of hilarious adventures, to say the least…

The author quit her job to move to Russia and teach English, and now lurks in Moscow cafes as often as possible. With hilarious comparison posts, lessons learnt whilst potting and a plethora of expat musings, Not Home Syndrome is fascinating.

An English Perspective on Moscow
http://www.england-moscow.com/

Blogging since 2009, posts feature the shenanigans of a UK expat fascinated by Russian language and culture. Written with a cheeky bent, this is a warts and all dissection, and helpfully features pages dedicated to Russian Visa experiences and Life in Russia.

From Russia With Love
http://russiawithlove.blogspot.co.uk/

The adventures of one Amerikanka, based in Rostov-on-Don, From Russia With Love is an honest portrayal of life and history interwoven with personal musings. From thoughts on the status attched to visiting American chain restaurants to hosting occasional acquaintances honoring their Russian family roots, Eileen’s personal blog is compelling.

A self-confessed child of two Motherlands (Russia and the USA), Anna straddles two cultures with open eyes. Sharing her journey and chronicling all the things that baffle, frustrate and delight her in this amazing country this is a refreshing view of the country.

Impressions Of An Expat
http://impressionsofanexpat.blogspot.co.uk/

Written in a beautifully lyrical tone, Impressions Of An Expat is the journal of a husband, father and artist who left his native America to settle in the land of matryoshka dolls. Sharing his thoughts, the experiences of his young daughter and the tumultuous city they inhabit, this is a blog to bookmark. As he says “Being vulnerable and strong, that takes some to figure out.”

Hailing originally from Berryville, Virginia in the United States, Polly followed her heart to Russia following her degree majoring in Russian Studies and International Relations, and upon spending 5 years there, lost her heart. Eschewing the insular lives some expats have, she found herself with a 60/40 split of expat to local friends, building on the Russian she already spoke and how rich Moscow is culturally. She has now moved back to the US (taking her Russian boyfriend with her) but her archived posts are a rich vein of information for new expats looking to move there.

Simultaneously running Planet Russia – an expat blog in English, a Russian language blog and a Russian language vlog, it’s safe to say that Andy knows his online writing potatoes. Expounding on all the questions that aren’t answered in the filtered expat guidebooks, Planet Russia is an excellent resource for anyone thinking of moving to the sprawling country.

We’re always on the lookout for more sites to feature – if you run a blog about living in Russia, leave us a link in the comments and we’ll take a look!