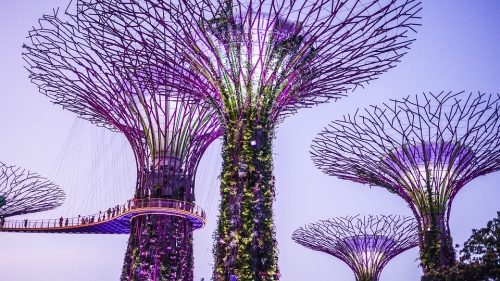 A report from HSBC questioned 27,000 people in 45 countries about the things they like, including salaries and experience as well as property, quality of life, and childcare.

With such a variety of opinions, Singapore dominated the survey’s results, with New Zealand and Canada not far behind.Singapore is considered by many people to be among the world’s most advanced countries and its population has been growing steadily since the 1960s; the result being that the city-state is now one of the most populated parts of the planet.

This, however, has not put off expats from moving there and enjoying their stay.

Despite the high number of people, Singapore has a low crime rate and for children there’s one of the best education systems to be found anywhere.

And then there’s the healthcare system which is not only one of the best funded, it is also one of the world’s most technologically advanced.

Indeed, the healthcare system in Singapore was rated by Bloomberg as being among the most efficient in the world as every patient receives a high quality of treatment within a reasonable timescale.

On top of this, expats say that Singapore is offering them a better quality of life than they would enjoy in their home country.

There are some downsides to all the good news that Singapore offers though, and these have been acknowledged by expats who say that while they earn a lot of money, the cost of living is quite high.

Clothes and grocery items can be dearer but eating out is surprisingly cheap in Singapore, with busy food courts where expats and locals mingle to eat lunch and dinner. There is a choice of dishes from around the world. A meal will typically cost an expat eating in these centres between $2 and $5. 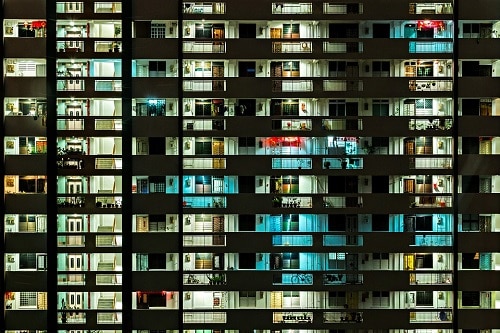 Even though space is at a premium in Singapore, the quality of apartments is high
© xegxef on Pixabay

Also, electronic goods can be cheaper than in many parts of the world, although expats hoping to own a car in Singapore will be in for an unpleasant surprise since the prices are extremely high.

For instance, a Toyota Camry may sell for $25,000 in America but in Singapore, it will cost $107,000 or $146,000 Singapore dollars. One reason for this is that cars carry hefty taxes to make them unattractive for people to own and run.

It should also be appreciated that Singapore’s standard of living is relatively luxurious with most people there living in high rise apartmentsthat are spacious and well-equipped.

The survey also highlights that expats find everything in Singapore to be convenient; it’s just over 700 sq km in size, which makes it smaller than Bahrain, but it has an excellent public transportation system which covers the island effectively.

Also, public transport is not only efficient and affordable but travelling anywhere within Singapore is easy.

There are other attractions that enable expats to enjoy their lives there. One of these is Singapore’s location which is in the heart of Asia, so it’s easy to take a cheap flight to another part of the region and explore other countries. Among the destinations where cheap regular flights are heading include Australia, Vietnam and Thailand. 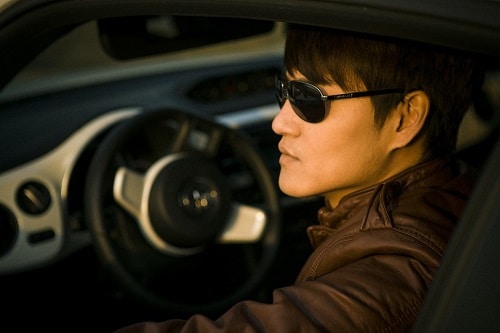 Cars are very expensive in Singapore, so most people prefer not to drive
© hahanriji on Pixabay

Singapore has also topped another survey for three continuous years for expensiveness. However, expats say that the cost of living can be reasonable if expats compromise on trying to emulate the life they enjoyed in their home country.

Housing and private schools can also be very expensive but those who use public transport and buy their groceries from Singapore’s ‘wet’ markets as well as eating in the city-state’s food centres can effectively live more cheaply.

The government in Singapore also stresses that one reason why Singapore features in various surveys as an expensive city to live in is the depreciation between the Singaporean dollar and the US dollar which makes the cost of living more expensive as a result.

Another reason why expats love Singapore is they told researchers in the survey that they were confident about the economy; three quarters of them said so compared with 52% across the Asia-Pacific region.

Many expats said they felt safe wherever they went because of the lack of crime.

In addition, more than six in 10 expats questioned said that working in Singapore was a great place to help advance their career and 58% said it was a good place to begin a new business, compared with the worldwide average of 38%.

For those who move overseas to enjoy good weather then Singapore is not the destination for you, though. One survey places the country in 28th place for its climate. There are two monsoon seasons and the average temperature throughout the year is between 26° to 28°C.

English is widely spoken in Singapore and in schools it is taught as the first language; Mandarin or Tamil is taught as a second language but for the world of business, English is the number one language.

However, potentially the best reason why expats love Singapore so much is that they admit that they not only enjoyed their stay in the city-state but their spell also boosted their career prospects and their future earnings as well.

Have you lived in Singapore? Share your experiences in the comments below, or answer the questions here to be featured in an interview.