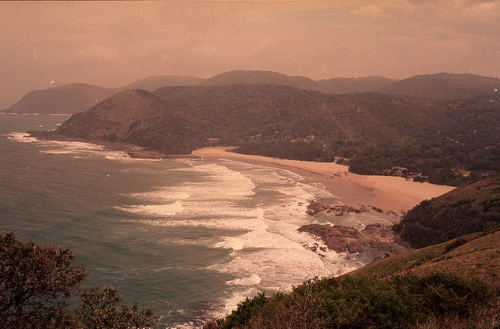 Foreigners from different parts of the world have made South Africa their home over the years. Most expats enjoy living and working in the country, and many of them find that South Africa is an ideal place for family and raising children.

Of course, certain problems continue to prevail, such as the unstable currency, unemployment, corruption, and crime; but South Africa also has a lot of benefits to offer, like a welcoming and diverse society, rich natural landscape, and a vibrant culture.In a survey conducted by HSBC in 2014, expats rated South Africa as the second best destination in the world to promote a balance between work and family life. This was based on the categories of earnings, lifestyle, raising children, and cost of living. On the economic front, South Africa did not perform as well as many other countries, but it ranked among the top countries when it came to social measures – something that is particularly important for expats with children. Many expats mentioned the better climate, greater number of social events, better quality housing, and the overall improved quality of life as major factors.

Children themselves are also able to enjoy a better quality of life in South Africa – the dramatically different physical environment in the country, along with the cultural diversity, allows them to have interesting, enriching, and fun experiences during their key developmental years. For locals in South Africa, the childhood years are typically a time for being active and spending hours enjoying the outdoors, and this is an advantage that extends to expat children living here.

Here are some of the key reasons why children love living in South Africa.

Children enjoy living in South Africa for many reasons. They tend to make friends easily and also have a more diverse circle of friends. The survey found that children in South Africa are more outgoing and parents list health and wellbeing as one of the reasons why they choose to raise their kids here. The welcoming, friendly character of the local population is a major contributing factor to this sense of wellbeing. Many expats feel that even though South Africa falls behind when it comes to economic opportunities, the affection and warmth prevalent in society is one of the country’s biggest assets.

South Africa offers unique experiences that are not necessarily available in other parts of the world. The cultural variety exposes children to many different ways of living and seeing the world. The natural scenery and landscape allow for a variety of outdoor activities too. South Africa is also blessed with abundant wildlife, and it can be an incredibly enriching experience to grow up with a keen awareness of the natural world. The national parks house several species of animals and are some of the most popular places for family visits. The Kruger National Park alone has more than 10,000 elephants, and is also home to the white rhino, which is nearly extinct.

South African schools take a much broader approach to child rearing and education. They do have plenty of regulations in place, and discipline is strongly inculcated; however, there is less micromanaging of a child’s life. Students are not overloaded with homework and packed schedules, and while there is usually a dress code and neatness is encouraged, students can wear footwear of their choice. They are also encouraged to run and play during break-time. Vacations are for spending time with family, and not for enrolling in summer camp.

South African cuisine is often described as ‘rainbow cuisine’ because of its multicultural influences. The local dishes are visually varied and colorful too, and are exciting and unique. Children in South Africa have the opportunity to try out an extraordinary range of foods. Some of the foods they sample here can turn into lifelong favorites. For instance, Melktert or Milk Tart, a typically South African dessert, is hugely popular among locals and expats, especially children, due to its sweet, creamy custard flavor.

South Africa is a nation that loves sports! Soccer, cricket and rugby are the most popular spectator sports, and the atmosphere at both local and international matches held in the country is almost electric. Children develop an interest in sports early on in life. In addition to serving as an enjoyable and healthy way to spend free time, sporting activities can also help in the development of essential life skills.

Have you raised children in South Africa, or lived there yourself as a child? Share your experiences in the comments.