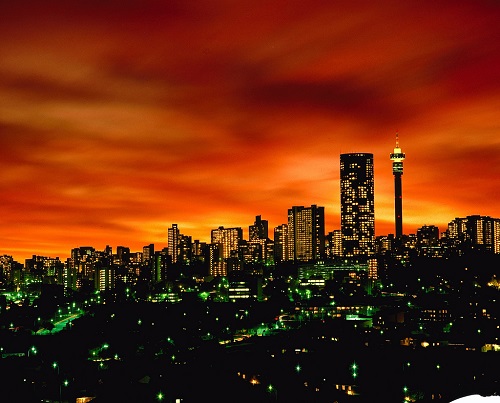 Many expats live safely in South Africa for many years, enjoying lucrative careers and making lots of friends, but expats always need to keep their wits about them.

It’s probably worth looking at the advice from the UK’s Foreign Office, which explicitly says South Africa has a ‘very high’ level of crime. Most of this occurs in townships, which are isolated areas that are not close to the usual tourist destinations or places where expats live.The Foreign Office emphasises that most visits to the country are trouble-free but expats and tourists alike should take ‘sensible precautions’ to ensure their safety.

In their advice, diplomats point out that crime increases in South Africa whenever large crowds gather, so expats need to be aware when they are attending sporting events or big gatherings where there are large numbers of people.

The Foreign Office also says there are incidents involving foreigners being followed from Johannesburg International Airport to their destination and then robbed at gunpoint. Expats and visitors need to be vigilant when in the airport and also when driving away.

Despite this, South Africa still provides ambitious expats with lots of opportunities. It has a fast-growing economy and is also a popular choice for those who are looking to move abroad for a higher quality of life.

In addition, Johannesburg in particular enjoys a warm climate and its wealthy suburbs offer relative safety to those living there.

There is no doubt that South Africa offers a chance to enjoy incredible nature, wildlife and grasslands. In larger cities such as Johannesburg there are huge shopping malls and lots of opportunities for socialising and making friends.

However, as with lots of big cities that are vibrant and growing quickly, there are high levels of poverty and crime and areas of extreme wealth.

Owning a car in Johannesburg is a good idea, since public transport can be haphazard and the minibus taxis can be dangerous as well, due to the erratic driving methods employed by some drivers. Also, it will soon become apparent that some areas of Johannesburg and other parts of South Africa are not safe for expats to walk around in alone.

That said, expats will still need to maximise their safety with adequate home security and taking basic precautions while inside their home and when travelling to work and to friends.

Many expats will point to the country’s high crime rate as being a cause for concern for those thinking of moving out there but, as mentioned previously, most of the crime takes place within townships, where many expats will not be going.

Finding the right place to live in South Africa depends on a number of factors, including the practicalities of how much a property will cost to rent or buy and how close the local amenities are.

Along with having the country’s most exciting nightlife, Johannesburg is at the centre of a huge gold mining industry. Along with mining and manufacturing there are also lots of well-paid opportunities in mineralogy and engineering.

This means there are business management positions offering excellent salaries and lots of opportunities within the financial industry too. For those who work in Johannesburg, they will find this is a business-oriented city that’s often referred to as ‘Africa’s Manhattan’.

Most expats moving to Johannesburg head to the city’s northern suburbs such as Sandton and Parktown, though most of the accommodation found here is not only expensive but usually located inside gated compounds. Expats should avoid living in areas such as Hillbrow and also avoid the city centre when it’s dark.

Another consideration for expats is the horrendous traffic in Johannesburg, so finding a home close to where they might be working is worth considering. Just an hour from the centre of Johannesburg are huge natural reserves that are filled with various wildlife including elephants, zebra and lions for those who want to enjoy the full safari experience.

However, not all of the excellent opportunities for expats in South Africa are centred on Johannesburg; Pretoria is not only safer but also has less of a traffic issue and it’s also more cosmopolitan, mainly down to the number of embassies that are located there.

For those who want a high standard of living, Cape Town offers the best of any city in South Africa. The climate is mild maritime, somewhat similar to the UK’s, and its horizon is dominated by Table Mountain.

Indeed, for those who enjoy an outdoor lifestyle while they are working and living overseas, Cape Town is an ideal location and offers lots of eating out opportunities and cultural activities as well as lots of sports including surfing, hang gliding and rock climbing.

Expats in Pretoria tend to live in the City Bowl, particularly the areas of Vredehoek and Gardens. The city’s metropolitan area has also officially changed its name to Tswane – in case expats get confused!

However, when expats begin to appreciate where the crimes are being committed in South Africa it will soon become apparent that Cape Town makes the top 50 in the world cities for murder rates, though many of these crimes are committed in the city’s eastern townships which should be avoided by expats at all times. These townships have the highest murder rate in South Africa.

Expats may also be offered opportunities in the country’s third largest city of Durban, which is growing rapidly and offers an excellent working atmosphere that is more relaxed than those found in Johannesburg, for instance. The city has a warm and sunny climate with stable temperatures around the year. It’s also a much cheaper place to live in than Johannesburg or Cape Town.

Again, the country offers expats a unique experience that incorporates a diverse and rich culture for everyone to enjoy – and it’s not just the wild animals and national parks that will help deliver this.

Other locations popular with expats are Port Elizabeth, East London and Bloemfontein. Indeed, some expats moving there may be surprised at how well developed some of the South African cities are with skyscrapers, shopping malls and cosmopolitan dining areas to suit a variety of budgets and needs.

With its low cost of living coupled with high living standards, expats can enjoy a country that attracts people from around the world.

It is essential for expats moving to South Africa to research carefully where they will be working and hoping to live, and identify the areas that are deemed to pose a risk for foreigners.

It must be said, however, that South Africa does have some unusual aspects in its daily life; one of them is having car guards in many of its cities.

A car guard is someone who will stand by a car and ensure it does not get damaged or stolen; it’s important that only the services of a car guard wearing an official bib or badge is used. It’s common practice for these guards to receive a tip upon the car owner’s return.

The other issue for anybody driving a car anywhere in South Africa is the number of traffic lights; they are on just about every street corner, and are known locally as ‘robots’. It will soon become apparent that expats will need to lock their car doors wherever they drive in the country – even on very short journeys.

Should an expat suffer at the hands of a robbery or be assaulted then they need to appreciate that they will need to pay for their hospital treatment and the fees charged are in accordance with their salary – and also the number of dependents they have. For those expats with health insurance this will not be such an issue.

New expats in South Africa shouldn’t have their decision about moving there made by media coverage of the country’s crime levels. The decision about whether to move there should only be taken after seeing for themselves what the country is like and what the city where they will live is like for crime; many expats may be pleasantly surprised when they visit.

While in the country it is worth asking other expats how they feel about the crime rate. Expats will probably be told that everyone has to be very careful at all times, but the benefits of living in South Africa make up for this need for extra vigilance.

Indeed, of all the expats to speak with, potential new expats should look for those who have settled and are raising young families rather than opting to leave the country; those expats who have left for various reasons may put potential expats off from living there.

It’s also worth looking at available accommodation. Expats are urged to choose a home that has very good security already installed, and when they move into it they should hire a security company which will bring peace of mind. Also, when choosing a gated community to live in ensure that it’s got plenty of expats already in the community and there’s a security guard on the gates so no one can get in without permission.

Expats may also find it’s worth checking with the local police station to see what the crime is like in that area. However, nothing can beat spending time on the streets and driving around to get a feel for the area and particularly for the traffic in the city where the expat will be working.

While South Africa has a reputation for crime, and in the townships it’s easily earned, there will be expats from other countries, for instance the US, who will be used to the high crime rates in some of their own cities and who will already appreciate how and why they should conduct themselves and be careful about their own security.

Here’s a brief summary of what you can do to help yourself stay safe:

– Visit the country and city first to get a feel for crime levels
– Speak with other expats and check with the police
– If worried, opt to live in a gated community
– Ensure you have hired a security company to protect the property
– Buy a car to get around more safely
– Always be wary of personal safety and security
– Check the schools have secure perimeters, if necessary
– Enjoy living in South Africa!

Have you lived in South Africa? Did you find it a safe place to live? Share your experiences in the comments!