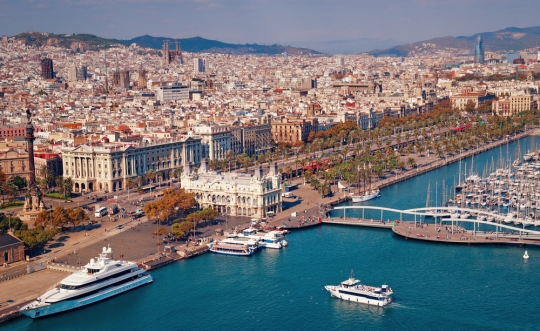 Barcelona is a famously bright and vibrant city, from its beautiful historic Gothic Quarter to the stunning iconic building of Sagrada Familia; from the Gaudi buildings and Park Guell to the plethora of art museums, as well as the beach where local people and expats blow off steam after work with a game of volleyball. The Catalan culture is a distinct one, and the pace of life easy-going. The food is delectable: paella, tapas, Iberian meats, Crema Catalana and decadent Catalan hot chocolate.There are many reasons why Barcelona is so well loved and why so many people choose to flock there, but is life there as idealistic as it seems? Do expats living in the city easily assimilate into the Catalan way of life? We’ve created this guide to give you an insight into life in Barcelona and how expats are viewed by the local community.

Is Barcelona Really Fed Up Of Expats?

Some may argue that local people are concerned that with an influx of expatriates settling in Barcelona, the city is losing some of its character. Whilst this may be the opinion of some, the fact remains that Barcelona, like any other major city in Europe these days, is a thriving, ever-changing multi-cultural space. It’s a melting pot of different people and faiths that stretches far beyond the age-old divide between Spain and Catalunya. However, the inherently ingrained independence movement still seems to cause tangible friction when expats do not understand or agree with the ideals.

How To Fit Into The Community

Ask expats about this and you may well get some very different answers. Some feel that the independence movement has no effect on their daily lives in Barcelona or how they are treated as expats in their new home. Others may be more critical, relating that the ego-centric movement causes friction by creating a rift and making them feel unwelcome, as the movement has no focus on migrants and their place in the community. 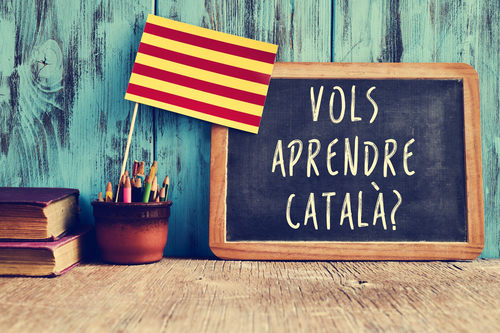 Learning Catalan can help you to integrate

Some expats feel that local people are not quick to accept newcomers or welcome them into friendship circles, even going so far as to say that the people come across as stubborn and cold. This could of course be down to misunderstandings or miscommunication. Whilst the people of Barcelona, which is part of Catalonia, do speak Spanish, it is a point of pride and heritage to retain their own language, which is Catalan. Failure to learn this language whilst living in Barcelona can certainly damage your chances of assimilating and possibly make you a bit unpopular with your neighbours.

Another point to take into consideration is that mass tourism is an issue in Barcelona. Whilst this technically has nothing to do with expats, it can sometimes cause local residents to harbour bad feelings towards foreigners in general. You may be labelled as a tourist and so part of the problem purely as a result of the way you look or where you are from; and it may take a while to shake this off.

With housing prices and rents being driven up as a direct result of mass tourism, making it extremely difficult for the average Joe on a minimum wage to afford to live in their own city, it’s easy to see why this the tourism industry can make some people a little bitter.

Are local people in Barcelona fed up with expats? It’s likely to be six of one and half a dozen of the other. There aren’t any concrete surveys or informative studies to suggest that Barcelona and its people are sick of expats. However, there is reasonably tangible evidence to suggest how they feel towards tourists, which isn’t particularly positive. 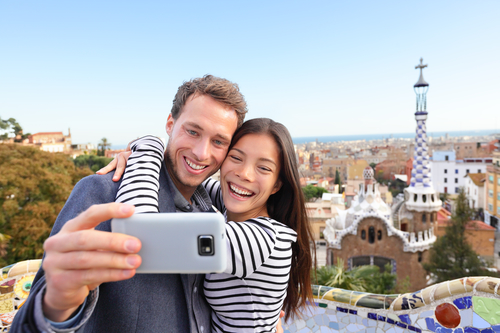 Mass tourism is a concern in Barcelona, which can impact on relations between locals and expats

On the other hand, there has been plenty of research to suggest that an overwhelming majority of expats do not support the notion of Catalonian independence, which could lead to ill feeling between locals and expats, since the movement is such a passionate one for the Catalonian people. In fact, large numbers of expats also reportedly stated that they would consider leaving altogether should Catalunya gain its much sought-after independence.

However, the general opinion stands that Barcelona is a city of the world. In theory – and mostly in practice too – all who contribute and embrace the culture are welcome to call it home.

Have you lived in Barcelona? Share your experiences in the comments below, or answer the questions here to be featured in an interview!