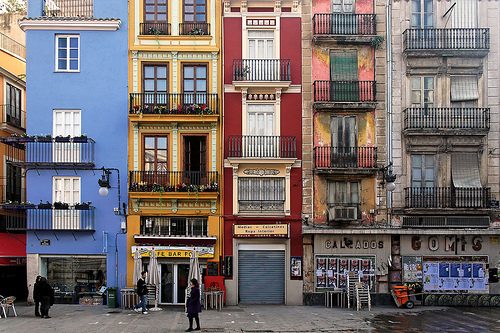 For many people the idea of retiring to Spain, or even moving there earlier in life to start anew, is an idyllic fantasy, with siestas and fiestas, amazing weather and food, and a low cost of living. Many people do in fact make the move – Spain’s expat population is around 6% of its total population.

However, the reality is always different from the fantasy, and in recent years, many expats have been leaving Spain to return to their home countries.It’s not simply that all the wonderful things they imagined they’d experience in Spain don’t exist – to a large extent, they really do. However, as always, actually making a life in a new country is more difficult and complicated than most people imagine it to be, whether it’s due to cultural factors, financial factors and the state of the economy, or mundane, day-to-day things that eventually add up.

The economic situation in Europe is one major reason many expats find life in Spain more difficult than they thought it would be. Unemployment in Spain has been high in recent years, and many expats have either lost their jobs or found it difficult to sustain their businesses. There have been signs of improvement more recently, but not everyone believes the worst is over. It’s important for expats to properly consider the financial implications of moving to Spain. Adequate savings and a backup plan to tide you over tough times are essential. Retirees may not have the same concerns, since they typically live on a steady pension and/or savings, rather than on an uncertain income. In fact, depending on where they’ve come from, their pension and savings may go much further in Spain than they would back home.

On the other hand, it’s important for expats to understand the actual cost of living in Spain, because it’s not necessarily as low as many think it is. This too depends on each person’s situation and lifestyle. However, certain things, such as utilities, can be more expensive than they are in countries like the United Kingdom. Food, on the other hand, is quite cheap, unless you frequently want to eat out and at expensive restaurants. Housing costs will depend on where you want to live – the big cities can be quite expensive, and so can the popular tourist destinations.

Cultural and other issues

As with any other country, there’s a certain amount of culture shock that almost every expat will have to deal with. The afternoon siesta, although no longer as ubiquitous in the big cities as it used to be, is still sufficiently popular to confuse expats and sometimes even annoy them. Depending on where in the country you live, getting anything done between 2 PM and 5 PM can be quite difficult. In general too, the pace of life is slower than many expats are used to, even in professional situations.

Driving is another area of difficulty for expats. In much of Spain, driving laws are not taken very seriously, and drivers may ignore signals and speed limits; frequently, they may even do things that would be considered rude and aggressive back home, such as honking, yelling, or flashing lights.

On the other hand, the warmth and casual affection, and the comfort with physical closeness and touch can also take some getting used to. There’s a dichotomy here though – although the people and the culture are in general warm and welcoming, many expats find that it’s difficult to form deeper friendships. Relationships with locals may remain at a superficial level for a surprisingly long time.

Women can also find it hard to deal with the frequent catcalling and other forms of unwanted attention on the streets and the general patriarchal culture in Spain, which, although it is changing, is still quite strong.

The bureaucracy in Spain can be quite frustrating, and as an expat, there are some bureaucratic dealings that you will just not be able to avoid. You’ll need to register with the local authorities as an expat, sort out your tax registration and liabilities as an expat, and plenty more along the way, whether it’s housing, banking, investments, or health insurance. These things can take a lot of time and may require more chasing of officials and departments than would be normal in your home country.

All that being said, Spain is a beautiful country and many expats create comfortable new lives in this destination. Have you lived there as an expat? Share your experiences in the comments.