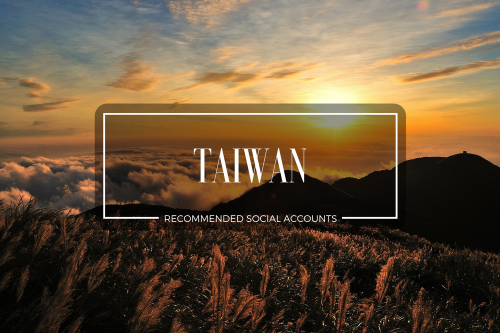 At Expat Focus, we like to be on the lookout for resources around the web that could help prospective expats adjust to their new countries. Today, we’re taking a look at Taiwan and some of the social media accounts you should be following if you’re thinking of moving there.Expats New To Taiwan
Facebook Group

This group is open to visitors and expats alike, born out of a love for meeting new people; you’ll find the members as friendly as they are helpful. Frequent meet-ups mean that rebuilding a social circle in your new expat home couldn’t be easier. A great place to find out what’s going on in and around Taipei, specifically aimed at the English speaking population.

Support, advice and a ready-made social network are what you can expect from this group. With almost a thousand international members, questions are quick to be answered and the page itself holds a range of information on language learning, housing and other expat essentials. All nationalities are welcome and offshoot groups for more specific expat interests are advertised frequently, there really is something for everyone here.

As a Canadian expat in Asia since 2003, Carrie has worked many jobs and had the opportunity to travel widely; luckily for prospective expats she loves to share her story and her expat life on social media. Prospective English teachers will benefit from her extensive knowledge of teaching in Asia with tips on CV writing, useful classroom skills and what to expect on your first day. This self-proclaimed international jet-setter does not allow life with a chronic illness stop her from doing anything.

Canadian Constance is a firm believer that life can be anything you want it to be, as long as you approach it with a positive attitude and a smile. As an avid photographer you will find her feed brimming with colour and glimpses into her life as a new mum. Through her writing, she allows you into her foreign sanctuary, where she muses about identity as an expat, her route to writing her first book and brings the reader along on her explorations of Asia.

American born Deborah woke up in 2011 wanting a change; six months later she was on a plane to Taipei, to start a new life as an expat. As a life coach she peppers her feed with her lust for life and encourages other to follow their dreams. Any potential adventurers out there will enjoy her tips for solo travel, travel writing and simply the views that she captures. If you find yourself in need of some expat motivation, this is the place to go.

This academic is on his thirteenth or possibly fourteenth year as an expat, so long in fact that he is now eligible for citizenship. A look at life through the eyes of a long term expat can be very useful for a potential one: long gone are the rose tinted glasses, replaced with a sensible prescription pair which allows the owner to see with the eyes of a local.