An Expat Guide To Universities In The UAE

There are several benefits to studying in the UAE. There’s the ever-present sunny weather, the sea and sand, and the chance to earn a tax-free income upon graduation. More importantly, there are 116 higher learning institutions, which include three public institutes and 30 international branches of universities from across the world. Most international universities are located in Dubai and Abu Dhabi, but other emirates, such as Sharjah, have universities of high repute.

The United Arab Emirates consists of seven emirates that are under the authority of a Supreme Council of Rulers, a sort of federal authority that is made up of the leaders of the seven emirates. The economy of the UAE underwent significant change around the middle of the twentieth century, when the discovery of oil took place in the territory. Along with a thriving gas and oil export industry, the UAE also has a rapidly growing construction industry, while tourism also continues to grow. Emirates like Dubai showcase some of the most impressive modern designs in architecture, which have become prime attractions for tourists.

Today, the UAE is known to be young and dynamic, with considerable diversity, a hospitable environment, political steadiness, economic strength, a safe environment and religious tolerance. Here are some of the reasons why you should choose the UAE as your location to study abroad.

A stint in the UAE will teach you a great deal about Emirati culture. But Emiratis only account for about 20 percent of the UAE’s population. The rest hail from different parts of the Arab world and beyond.

English is commonly spoken and it is also common to hear other languages like Arabic, Urdu, Farsi and Tagalog, along with many others. Such a diverse experience will leave you with a broad insight into world cultures.

The UAE has a wide range of study abroad opportunities from smaller private to larger public universities. Most of these have accreditation from the UAE’S Ministry of Higher Education and Scientific Research (MOHESR) or by the accreditation agency of other countries. For instance, the MOHESR and the Middle States Association of Colleges and Schools in the US jointly accredit the American University of Sharjah, the individual programs of which are also accredited to the ‘gold-standard’ in the US system, which implies that students can carry on with their studies at a reputed university while experiencing the diverse benefits of studying abroad in the UAE.

Studying abroad in the Emirates will give students a chance to explore all of the seven emirates. Each emirate has its own laws, culture, traditions and leader, called a Sheikh. The largest emirate and the capital of the UAE, Abu Dhabi, has more Emirati nationals living within its shores. It also has expansive oil holdings. Another important development concerning Abu Dhabi is Saadiyat Island, which will shorty have branches of the Guggenheim, the Louvre, the NYU Abu Dhabi Campus, a performing arts center and many other attractions. The famous Palace Hotel, Masdar City and Sheikh Zayed mosque are also in Abu Dhabi.

The second largest emirate is Dubai, known for being a modern and glamorous destination with several seven star hotels, the Burj Khalifa that has the distinction of being the tallest building in the world, a number of glitzy malls and the Palm Islands.

Sharjah, the third-largest emirate is more traditional in nature and is the abode of the University City. On the outskirts of cities like Sharjah, Abu Dhabi and Dubai, you will find expanses of sand dunes in the middle of the desert. 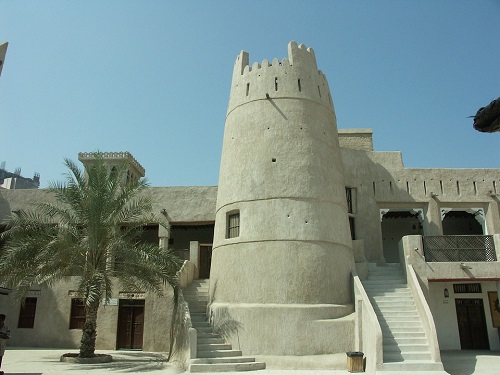 There are many beautiful places to explore in the UAE

On the side of the UAE that borders the Indian Ocean, you can visit Fujairah, which is renowned for its beaches. The other emirates, like Umm-Al-Quwain, Ajman and Ral Al Khaimah, all have their own unique characters. The whole of the UAE consists of parts of the Sultanate of Oman and the spectacular Hajar Mountains with their hiking trails and wadis.

Often, news headlines will have us believe that the whole of the Middle East is a place of chaos and unrest. But a first-hand look into the area will provide quite a different picture. The UAE is safe and modern with low levels of crime. Business thrives in the UAE and people of many different nationalities study, work and live here.

Arabs are known for their hospitable nature, deep respect of tradition and great sense of humor. They welcome individuals from across the world and share their cultures with them. Expats living in the UAE can expect warm invitations to visit the homes of the locals, where long hours will be spent talking about your different cultures and home countries.

You can choose to study in the UAE as an exchange student via a third-party provider or even as a visiting student with direct enrollment. You can take a semester or a year to study abroad, or even partake in an internship before you return home.

Since the UAE is an international hub, people studying there can easily visit other nearby countries through any of the emirates’ world-class international airports. Countries like Bahrain, India, Turkey, Egypt, Morocco and many others are just a short flight away.

The QS World University Rankings have an impressively consistent methodological framework consisting of six simple metrics that are believed to effectively encapsulate university performance. Universities are evaluated according to the following six metrics:

Below are some of the top universities in the UAE.

This university was ranked 25th in the Arab region and has a world ranking of 401-410 (this was an improvement from 481-490 in the previous year). It is a non-profit university focused on science, established in 2007.

Located in Abu Dhabi, the university is part of a government initiative. There are currently about 1,500 students, and plans are underway for a new campus, which would bring the student count up to 6,000. Khalifa University follows the American structure of higher education, and is building upon an international network of partners, research programs and faculty members to encourage and take forward research and innovation in the UAE and the surrounding area. 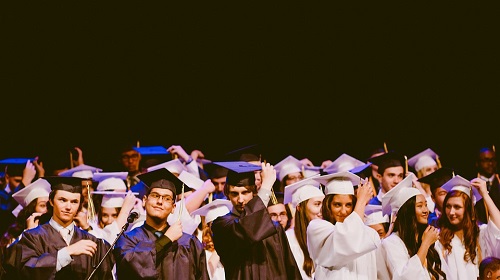 Several of the UAE's universities are internationally acclaimed

Khalifa University has campuses in Abu Dhabi and Sharjah, and aims to become a recognized research university of international repute. It also aims to impart interdisciplinary teaching and research and build a tradition of partnering with renowned academic institutions from across the world.

Khalifa University places a strong emphasis on science, technology and innovation, and its goal is to connect its academic offerings, research programs and other initiatives with economic transformation. Some of the specific fields of the local economy that Khalifa University is concentrating its efforts around are transport and logistics, energy and environment, healthcare, security, aerospace and information and communication technology. Khalifa University’s current enrollment of over 1300 students study in many of the university’s specialized engineering programs, all of which have accreditation from the Ministry of Higher Education.

Ranked in the 411-420 band of international rankings, the United Arab Emirates University is placed sixth in the Arab part of the world. It is located in Al Ain in the capital of Abu Dhabi, and has the distinction of being country’s oldest university, even though it is still comparatively young, and was founded in 1976.

The alumni of the United Arab Emirates University consists of a number of renowned leaders in business and politics. The United Arab Emirates University offers a wide range of quality undergraduate and graduate programs through nine colleges, namely Food and Agriculture, Humanities and Social Sciences, Medicine and Health Sciences, Business and Economics, IT, Law and Science.

The university has a notable international faculty and a modern, well-equipped campus along with a comprehensive range of support services for its students. United Arab Emirates University has founded research centers that are vital to the country and region, and which are furthering know-how in important areas from cancer treatments to water resources. The United Arab Emirates University is currently listed among the top research universities in the GCC region and the Arab world, and ranks among the top 25 percent globally.

The American University of Sharjah has a placement of 441-450 in global rankings and takes seventh place in the Arab region. It is also licensed in the USA and provides courses that are modeled on the US structure of higher education. It is popular with overseas students and has a diverse student body.

Sharjah is a new entrant in the QS Best Student Cities of 2016. The university is based on American institutions of higher education but is also firmly grounded in Arab culture. It is licensed and has accreditation from the Commission for Academic Accreditation of the Ministry of Education's Higher Education Affairs Division in the United Arab Emirates. The American University of Sharjah also has accreditation in the United States by the Middle States Commission on Higher Education.

The university is a member of the Association of American International Colleges and Universities, and offers 26 majors and 45 minors for undergraduates and 13 master’s degrees programs. Even though the official language of the UAE is Arabic, English is the language of instruction at the university, and all courses and administrative roles are conducted in English.

A private university founded in 1995, the American University in Dubai placed 551-600 in the world rankings. In the rankings of the Arab region, it took 23rd place. The university has about 2,585 students enrolled, representing 108 nationalities in the student body. 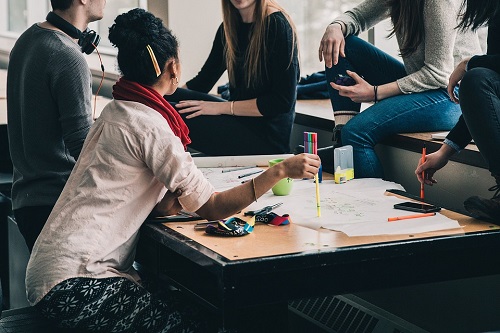 University is a great place to make new friends

The American University in Dubai is accredited in the UAE and the United States for all its programs. It has a Center for English Proficiency through which it offers intensive English language programs to further enhance the language skills of its students before they embark on their studying experience. The American University in Dubai is a private, non-sectarian university of higher learning and was established in 1995. It provides undergraduate and graduate degrees as well as certificates in Middle Eastern studies and professional teaching.

Students choose their program or major, while undergraduate students also follow a curriculum in Arts and Sciences, which is part of the general education component of their degree requirements. The university also has a Center for English Proficiency, which offers intensive English programs so that students can build on their university-level English skills required before starting university.

The Emir of Sharjah, Sultan bin Muhammad Al-Qasimi, established this university in 1997. It places 651-700 in the international QS rankings and 19th in the Arab region. The university was founded to become a prominent institution of learning in the Middle East and across the world. The University of Sharjah has 14 colleges through which it provides 94 programs at the bachelor’s, master’s, doctorate and diploma levels.

It also offers a variety of services and facilities to make sure that its students enjoy a healthy lifestyle and thrive in a positive academic environment, in which they can explore important values, build social relationships and develop intellectually. The University of Sharjah encourages students to depend on their strengths and they are urged to create a positive impact on their surroundings.