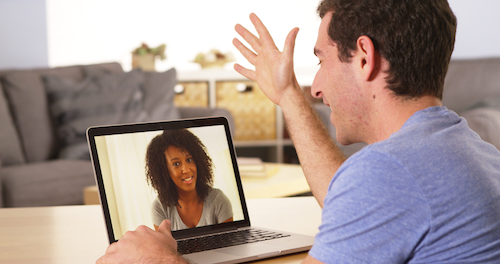 Maintaining relationships with family and close friends is often a tricky path to navigate when moving abroad. Coffee mornings, pub lunches, birthday celebrations and family barbecues are invariably replaced, somewhat inadequately, by Skype video calls and WhatsApp group chats. However, expats in the United Arab Emirates are now suffering further setbacks in familial communications with the recent banning of Microsoft-owned Skype, causing frustration and upset aplenty.Responding to anecdotal reports online that users in the UAE were unable to access their services, Skype released a statement via its online support website:

“It has been brought to our attention that our website and services have been blocked by the ISPs (internet service providers) in the United Arab Emirates… We are working towards getting Skype re-enabled. We’re passionate about the benefit that Skype offers… users around the world by facilitating communication…”

Understandably, expats and local people alike reacted to the news with frustration, voicing their concerns on social media. The move has caused disruption to businesses in the region as well as making it harder for expats to stay in touch with relatives overseas. Some commentators have suggested that the decision to ban Skype is in direct conflict with the UAE’s Vision 2021 economic development plan.

The UAE has previously blocked Skype twice before – initially in 2017 and again in January 2018. Voice calls via FaceTime and WhatsApp are also banned in the country, making it increasingly challenging for expats to make contact with loved ones back home.

Etisalat, UAE’s major telecoms provider, attempted to explain the ban by stating that Skype contravenes local regulations as it provides an “unlicensed Voice over Internet Protocol (VoIP) Service which is classed as prohibited content under the United Arab Emirates’ Regulatory Framework”. According to UAE authorities, VoIP services, better understood as free online calling services, leaving users vulnerable to a significant risk of hacking and phishing scams.

While it’s unlikely that the UAE authorities will be able to enforce an outright ban in the long term, expats are still struggling with the consequences of these restrictions in the present.

What Are The Alternatives To Skype In The UAE?

BOTIM
BOTIM is an app similar to Skype that offers the same features of voice calls and video chat. Additionally, BOTIM offers users the opportunity to share photos, videos, voice messages, location information and text messages. Despite its excellent quality, the app has one big downside in relation to Skype – it isn’t free. BOTIM costs 50 AED (around £10) per month for use on a single device and 100 AED (approximately £21) per month for use across multiple devices. This is in addition to standard Etisalat or Du (UAE telecoms providers) fees. Furthermore, if you use the app away from WiFi, mobile data usage charges will apply.

C’Me
C’Me was the first online voice and video call app to be approved by UAE authorities and is marketed by its telecoms operators Etisalat or Du. As with BOTIM, there is a fee for use and the recipient of your communication must also be using the same app, which can cause myriad problems for those trying to phone home. According to a number of consumer reviews, C’Me can be slow and unreliable and has remained a firm second best to BOTIM since the advent of the latter.

Videolink2.me
Videolink2.me is currently the most popular alternative to Skype in Dubai and other parts of the UAE. Advantages include the ability to schedule appointments, create detailed contact lists and add members to live chats. This makes it an especially useful option for businesses wanting to make conference calls.

How about using a VPN to bypass the regulations?

Many residents and tourists in Dubai use a VPN (Virtual Private Network) to enable access to restricted sites such as Skype. Popular VPNs include ExpressVPN and NordVPN, both of which boast fast speeds, robust security and good streaming from blocked sites such as Netflix.

However, VPNs are increasingly being sought out and banned in the UAE, so it is wise to do plenty of research before committing to one. There are also a number of low-quality VPNs which it is best to avoid, either because they don’t work in the UAE or because they use questionable practices. Two VPNs that are particularly dubious, and should be avoided, are the following.

Hola
Hola is a peer-to-peer network that utilises idle bandwidth on other people’s computers; likewise, other people will then use your bandwidth when you are offline. The problem here is that you may end up liable for the online activity of strangers, which is a substantial risk in a region like the UAE due to stringent laws and associated punishments.

Are VPNs legal in the UAE?

Despite their popularity, the use of VPNs occupies a large legal grey area in the UAE. Whilst it is not actively illegal to utilise a VPN, it is unlawful to use one to engage in any activity that is considered illegal in the UAE, including but not limited to gambling, pornography and anti-religious hate speech. Ensconced firmly in the centre of this grey area of legality is the use of Skype and other VoIPs.

It’s no real secret that many people use VPNs in the UAE specifically for streaming services such as Skype and Netflix, but there is a sense that the law is closing. This means that if you do choose this route, you must be sure to keep a close eye on the legality of the situation to avoid unwittingly breaking any newly passed or amended laws.

Have you lived in the UAE? Share your thoughts in the comments below, or answer the questions here to be featured in an interview!