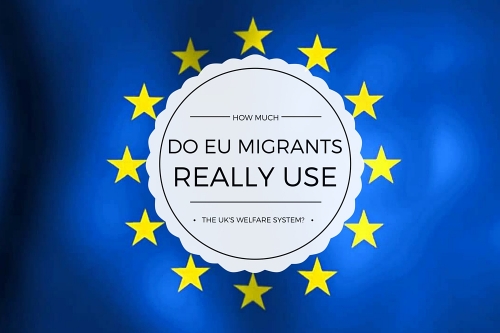 Anyone with half an ear pointed toward the UK will hear the hue and cry of intense political debate. In the halls of power, over the airwaves and on the streets of towns across the nation, Brits are loudly voicing their opinions and critiquing those of their neighbours, arguing furiously.Until recently, the reserved Brit would avoid discussing a number of taboo subjects in polite company: sex, money, religion and politics. Now, where casual acquaintances would once discuss the weather, they are now launching into impassioned debates about the constitutional future of the country.

The prospect of a mighty shake-up to the UK’s place in the world has blown away any vestiges of apathy and introduced an urgency and fire to the ‘Brexit’ debate. A long-promised referendum on Britain’s continued membership of the European Union is finally arriving.

With only a day to go until the country goes to the polls, Britain is divided into two distinct camps: Leave and Remain. It’s difficult to find anyone sitting on any fences as the campaigning on both sides has stirred hopes, fears, pride and hatred in equal measures.

Politicians have been on soapboxes and the campaign trail; even taking to a flotilla of boats to sail up the Thames to hold a noisy, impromptu naval battle outside the Houses of Parliament.

The opposing campaigns have different answers to the same question: ‘Is Britain better off in the EU or out of it?’ For the Remain campaign, the benefits are obvious.

Those voting to stay see the EU as a community of friendly nations, working together to ensure an improved quality of life for all citizens. Remainers cite the European Convention on Human Rights, free movement of people and free trade as triumphs of the European project. In their eyes, leaving the EU would remove Britain’s ability to trade with its biggest customer, remove skilled workers from essential industry and threaten the security of the country.

Leavers view the EU as an unelected, undemocratic and unwelcome higher power, one which interferes with the democratically elected government in London, denying British people their rights. They see the future being free of foreign interference, with the UK free to trade with China and America without needing to doff a cap to Brussels first.

The campaigning started with discussions of economic policy and constitutional legalities, but very quickly the debate has focused on two topics, and these points have seen confusion, U-turns, contradiction and outright lies.

Security is a hot topic in every country in Europe, following terrorist atrocities in France, Belgium, Denmark and on British soil in the last year. The EU binds member states to a scheme of sharing police records and secret intelligence reports in an effort to prevent incidents before they happen.

Spooks have stepped out of the shadows to pledge allegiance to both sides of the argument and cause utter confusion in each other’s ranks. By the nature of their work, these spies and security agents aren’t able to reveal the details of their successes, but their failures grab headlines.

The second issue is much simpler to understand and is equally emotive: immigration.

Remain campaigners celebrate the Schengen Agreement, the treaty that allows any EU resident to live, work and thrive in any other EU country. The ability to enjoy the same social security as a natural-born citizen, take up employment and live their lives in another country is seen by Remainers as an economic and humanitarian victory.

For Leavers, it is a dismal failure and threatens the very existence of the UK. They see bedraggled refugees escaping civil war in Syria as unwelcome visitors, placing an unbearable load on welfare systems, denying British-born residents their own rights. The Leave campaign suggest that the refugees granted residency in any EU country can then travel to the UK and start claiming expensive benefit payments, which with bankrupt the country.

Neither side can agree on exactly what figures are involved in EU migrants living and working in the UK. Nigel Farage’s right-wing UK Independence Party (UKIP), has proclaimed that arriving immigrants take much more from the UK economy than they contribute. UKIP have announced that immigrant children are placing undue demand on UK schools, forcing the creation of an extra one million school places by 2020 at an extravagant cost of GBP £100 billion.

Jeremy Corbyn, leader of the left-of-centre Labour Party, has played down the perceived threat of immigration. “The amount of net migration is actually very small,” he said in a televised debate, “immigrants as a whole are net contributors to the economy”.

Meanwhile the man who actually holds the reins of power, Prime Minister David Cameron has seen his Conservative Party torn in two by the impending referendum. A fellow Conservative and former Mayor of London, Boris Johnson is a vocal figurehead for the Leave campaign who has called for leaders to ‘man up’ and take a tough stance on immigration. He’s even gone so far as to call the Prime Minister’s economic prediction ‘utter tosh’, prompting speculation that he may fancy himself a future party leader.

But for now, Cameron remains in Number 10, sticking to his guns for Britain to stay a fully fledged member of the EU. Although, this is only after he renegotiated some of the terms of the UK’s membership and introduced curbs on newly arrived immigrants’ rights to welfare and NHS treatment.

As early as 2014, the PM was threatening to pull the nation out of Europe in order to reassert control over immigration from the EU, proclaiming in a speech; “If I succeed, I will, as I have said, campaign to keep this country in a reformed EU. If our concerns fall on deaf ears and we cannot put our relationship with the EU on a better footing, then of course I rule nothing out.”

With the stage firmly set for an IN or OUT showdown and news features scored to The Clash’s punk anthem Should I Stay Or Should I Go, it’s still not clear what the actual facts are behind the divisive issue of immigration.

Exiting the EU won’t have any effect on arrivals from elsewhere in the world, who make up about half of all arriving immigrants to the country, torpedoing many of the Leave campaign’s arguments.

But both sides of the argument take a blow when we look at the impact of immigration on the public purse. Fullfact.org, the UK’s independent fact checking charity, reports that almost all of the studies that have analysed the immigration issue have reported a negligible effect. “Most studies agree immigration makes a relatively small difference to the UK’s public finances overall, costing or contributing less than 1% of UK GDP,” the charity states.

Full Fact’s further research suggests that immigration also has little to no impact on unemployment or on wages. The tabloid headlines decrying that immigrants take jobs away from British workers and drive down wages doesn’t seem to bear out. The lowest wages in the job market may drop, but many of these roles are filled by previous migrants.

In fact, the newspaper images of millions stampeding over the borders is also debunked by the government’s own immigration figures. There may be a record-breaking 630,000 immigrants arriving in the UK each year, but there also 300,000 people leaving the country, giving a more manageable net figure of 330,000.

A frequent battlecry of the Leavers is that, regardless of how many there are, new immigrants take an inordinate amount out of the economy in benefits. Research from the Migration Observatory at the University of Oxford makes this picture a little less scary too.

Their report shows the government’s own statements to be wildly inaccurate. A government report in 2015 stated that in March 2013, “between 37 per cent and 45 per cent of the EEA nationals (excluding students) who were resident in the UK having arrived in the preceding 4 years were in households claiming either an in-work or out of-work benefit or tax credit.”

The Observatory has been able to show that recently arrived European Economic Area (EEA) migrants were less likely to receive benefits than Brits. In fact, only 19% received any kind of state benefit (including child benefit) and anyone claiming was statistically most likely to be a mother working a part-time, low-paying job, entitling them to working tax credits. Since Cameron’s renegotiated deal with the EU, it is likely that these in-work benefits for EU migrants will be curtailed.

Of course, not all EU immigrants are working in low-paid jobs. Some are bringing much-needed skills to the country, a good example of which is in the healthcare sector. The NHS relies on EEA immigrants for five per cent of its staff, with 10% of doctors and four per cent of registered nurses.

According to Full Fact, these foreign nurses are filling essential roles at a time when British nurses are in short supply, “EU immigrant nursing numbers have risen at a time when the numbers of British-trained nurses has actually fallen.” There is concern in the NHS about staffing as restrictions are already impacting the hiring of non-EU immigrant staff, in the event of Brexit the NHS could loses even more valuable workers.

The NHS is a beloved part of British culture. As much as Brits may complain about long waiting times and poor customer service, the majority of the population is kept fit and healthy from cradle to grave by the health service. Which may explain why some Leavers are offended by the concept of ‘health tourism’.

Treatment is free at the point of service for UK residents. Be it for a twisted ankle or a tumour, heat rash or a heart attack, Brits and ‘ordinary residents’ pay nothing for medical services. Thus, anyone who settles in the UK from anywhere in the world needs only pay a small contribution toward prescription medicine, but not a penny for an operation, X-ray or check up.

Whilst technically not a state benefit, the NHS eats up a major slice of the UK economy and is a perk enjoyed by the country’s residents. With the high cost of healthcare overseas, free treatment must seem like a great reason to move to the UK, and Leavers allege that many EU migrants are only coming to take advantage of cost-free care.

Research for the Department for Health estimated the cost of ‘deliberate health tourism’ to be at GBP £110 million to GBP £280 million. It’s difficult to find definite figures for this type of NHS use, but the study breaks down health tourists into two distinct groups.

Firstly, those who travel to the UK specifically for expensive, acute care; which is estimated to cost GBP £60million to GBP £80 million. This sounds like a massive number, but it costs up to GBP £200 million to treat lesser conditions for regular visitors to the UK, a group made up mostly of Brits returning from their homes overseas.

It’s estimated that only 1 in 100 users from so-called ‘high risk’ countries are deliberately abusing the NHS and that any costs incurred are a drop in the ocean of the service’s annual budget of GBP £116.4 billion.

Of course, the battle lines have been drawn up between the Leave and Remain camps, and the arguments are now more emotive than logical. Both sides are cherry-picking and manipulating statistics in order to get their point across, creating devoted adherents to their causes.

As Brits go to the polls, they could bring about the biggest shake up to their own way of life since World War Two. Even if voters decided to stay as part of the European project, they will no doubt face a difficult reconciliation process, both with each other and their neighbouring nations.