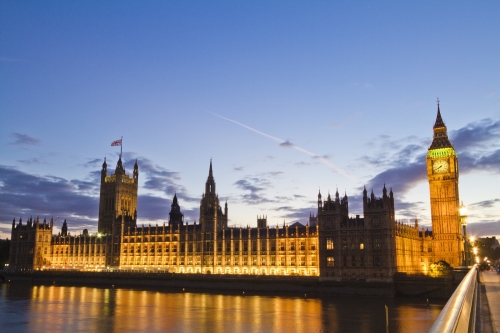 The Institute for Public Policy Research (IPPR) says that reform of the UK’s citizenship system will help prevent harm to the economy.

The Home Office has revealed a 14% increase in the past 12 months in the number of EU nationals applying for British citizenship – which, the IPPR says, illustrates the level of uncertainty the Brexit result is causing.The organisation says that most of this rise will be down to EU expats living in Britain who are not sure of what their status will be post-Brexit.

One in 10 NHS doctors come from the EU

The IPPR report focuses on the one in 10 doctors working in the NHS and the 90,000 EU nationals working in social care coming from the EU, which means the impact of any government decision could be worrying for social and health care in the UK.

There are wider consequences for the UK’s economy too. In a bid to help smooth the situation, the IPPR is urging reform of the UK citizenship system with a several measures.

Firstly, the organisation says that all EU nationals working in the NHS should be granted British citizenship, which would prevent a health emergency from developing.

Secondly, the United Kingdom’s government should grant indefinite leave to remain for all EU citizens who are currently living in the country.

Finally, all long-term EU nationals as well as their children in British schools should be automatically eligible for citizenship, which would recognise their strong bond with their new country.

In a report, the IPPR says there’s a series of long-term reforms needed to the country’s citizenship system, which would help the country to adapt to modern demands.

The think tank says that many of the world’s brightest and best talents are being put off by the UK’s slow, long and bureaucratic system which means the country loses out in the keenly fought competition for global talent.

It takes a very long time for expats from around the world to gain the advantages and security of becoming a British passport holder.

As for social care, the IPPR says that there are many well integrated and hard-working expats who are contributing not only to their communities but to the economy, but who are prevented from becoming British citizens because the fee for the application is prohibitively high.

The IPPR is also recommending that highly skilled expats who have globally recognised and competitive skills should be offered a fast-track by the UK to citizenship if they pay a higher application fee.

Secondly, they say the application fee for all other migrants applying for citizenship should be frozen.

The IPPR says expats working on low wages should be offered a route to acquiring citizenship with the help of a government provided interest-free loan that would work along similar lines to student loans.

Cost of applying for UK citizenship

The think tank says that the cost of applying for UK citizenship is among the world’s most expensive and currently costs an expat £1,236 – that’s a 25% hike on 2015’s fees.

The IPPR also makes clear that there is the potential for serious harm to the UK’s economy unless citizenship rules are reformed in a bid to prevent a ‘brain drain’ appearing after the UK leaves the European Union.

The organisation’s Chris Murray said: “Some of the UK’s leading industries, including technology, engineering, financial services and academia, owe their success to migrants working alongside Brits and yet the Brexit uncertainty could impact negatively on these economic sectors.

“The rise in applications of 14% for citizenship shows that people feel uncertain and are thinking about the incentives before they sign contracts or put their children in school or even take on extra employees or make investments.”

He added: “There’s a need for clarity on the status of EU migrants that is crucial and urgent for our economy. We are concerned that a large number of highly skilled EU nationals may leave the country which would cause a brain drain that would harm our economy.”

Mr Murray said there will still be a need for UK employers to attract the world’s best talent to its shores.

He explained: “We need to keep retaining and attracting the brightest and the best; we should fast-track the access to citizenship for global talent. Our bureaucratic and slow system risks encouraging this talent to look elsewhere. All well integrated and hard-working migrants should get a helping hand.

“It’s in the interests of our economy and the migrants that the government loans them the money to pay the citizenship fee over time.”

Mr Murray also says that the EU citizens directly working in the NHS, of whom there are around 57,000, accounting for 5% of its workforce, should be made a ‘generous citizenship offer’.

He said one proposal when it comes to reforming the UK’s citizenship laws is for NHS workers to have the citizenship application fee waived.

The IPPR also acknowledges that the potential deporting of three million British citizens from the European Union is ‘ultimately unlikely’ and the problem is with the lack of any official reassurance for those who live in the UK.

This means that EU expats are left in limbo when it comes to job seeking and finding housing as well as applying for bank loans and other long-term commitments for living in the UK.

The rise of EU expats working within the NHS underlines how important they are to ensure the health service continues to function, with their numbers rising from 33,420 in 2012 to 57,063 this year.

They too have published a report, entitled ‘What next after Brexit?’, saying that the decision to leave the European Union will have a major impact on the UK’s approach to immigration.

However, they also say that the Brexit shake-up is an ideal opportunity to get the UK’s immigration policy right and help restore trust in the system – and generate the public consent that is necessary for the immigration the country needs.

According to a public survey undertaken by British Future, just one in three people in the country believes that the government’s net migration target will be reached within the next five years – even if the UK leaves the EU.

However, the report also finds that the question of immigration is more complicated than many people believe and most people in Britain have moderate and balanced views about immigration numbers.

The organisation says public consultation should be a vital part of putting together a new comprehensive immigration policy and should take into account the views of people, the government’s policy options, and the impact of immigration on the country.

The future citizenship programme also needs to take into account the staffing needs for public services and businesses and the impact of rapid population change on local communities.

In a report, British Future says the Home Office needs to invest more resources in processing citizenship applications from more than three million EU nationals that are currently living and working in the UK and have a system that is ‘fit for purpose’.

To underline their stance, the organisation points to a survey that revealed that eight out of ten people say EU migrants living in the UK should be allowed to remain after the UK leaves the European Union – and that includes 77% of the referendum’s Leave voters.

British Future’s director of strategy, Jill Rutter, said: “Once we know what shape Brexit will take, there will be changes to immigration policy.

“It will bring challenges but also an opportunity for a review of the system which is widely perceived to be failing and it’s one without public confidence. The immigration system should be competent, fairer and effective and engage with the public.”

She added that a national conversation would tackle the ‘overheated debate’ and reveal that there is a moderate core of opinion when it comes to immigration.

A plan for an Australian style points-based immigration system which could lead to citizenship has already been dismissed by the Prime Minister Theresa May.

However, there are calls that there needs to be a new visa system in place to enable higher levels of expats to work in parts of the UK’s economy post-Brexit.

The London Chamber of Commerce is suggesting that London in particular will need to establish its own visa system to avert economic decline. The chamber says that the 770,000 EU nationals currently living there should be automatically eligible for a visa that would ensure their future in the capital.

The chamber says that EU expats account for 15% of the capital’s workforce and contribute around £26 billion to the gross value added for London – that is the value of services and goods being produced – and they pay around £7 billion a year in taxes.

The chamber’s research reveals that the sudden departure from London’s workforce of EU nationals would be ‘economically harmful’ and would have a huge impact on key industries as well as putting pressure on public funds.

Among the sectors to be hit hard under any new citizenship system would be construction, where one in three of the workforce are foreign workers and also in financial services, where migrants account for 25% of employees.

While there’s no public indication from the government about its plans for a citizenship system, it would appear that in the future all EU expats will have to enter the United Kingdom under the system for non-EU migrants, which means they will need a firm job offer and will have to meet a minimum salary level.

Should this type of immigration system be introduced, the Chamber of Commerce says that by 2020 around 160,000 migrant workers will have left London, which would hit the capital’s economic output by £7 billion a year. The tax intake would also fall by £2 billion.

To help counter this, the chamber has published a report that says there should be a special London work area visa which would give indefinite leave to remain for all current EU workers and for London to be defined clearly as a ‘targeted migration area’.

On top of this, the capital should establish a list of occupations that are short of talent, which would help attract the best expats from Europe and the rest the world.

It’s not just economic experts who say the citizenship system needs to be reformed and EU migrants should be encouraged to remain in the country and there are calls from within the Conservative Party for changes too.

Among them is party stalwart and former leader Lord Howard, who says that the government must act to end ‘the dreadful uncertainty’ facing EU migrants about whether they will be able to continue living in the UK.

He said told the EU Justice Sub-Committee that the Government needs to make clear that they can contribute to live and work as well as study in the UK after Brexit.

Lord Howard is urging the government to ‘lead by example’ and not to wait for other EU nations to guarantee the working and living rights of British expats living in their countries.

Whatever happens, it appears that the question of citizenship, freedom of movement and the plight of EU migrants living in the UK will become a political hot potato in the months to come, which will still leave European expats unsure of their future in the UK.

More information
The IPPR's full report, ‘Becoming one of us’, is available on their website.