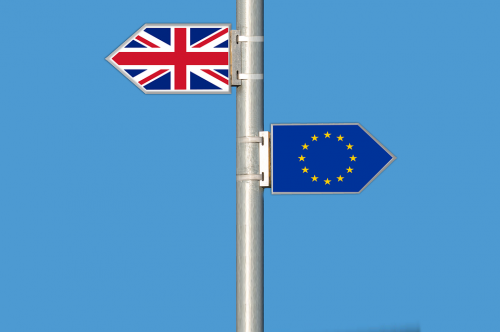 Brexit is the term used to refer to the withdrawal of the UK from the European Union. On 23rd June 2016, a referendum was held in which 51.9% voted for Britain to leave the EU against 48.1%, who voted to remain. More than 30 million people took part in the referendum. Following the vote, former home secretary Theresa May took over from David Cameron as the new Prime Minister of Britain.The only precedent for leaving the EU is Greenland, which is an overseas territory of Denmark. Greenland held its own referendum after attaining more self-governance in 1982, and voted to leave. The exit took place after a period of negotiation.

The negotiating teams of the UK and EU are scheduled to meet for a week every month to reach an agreement on the rights of both UK and EU citizens following the UK’s departure from the union. They are also attempting to arrive at the amount the UK will be required to pay upon leaving. The status of the Northern Ireland border is also to be a point of discussion.

The terms ‘soft’ and ‘hard’ Brexit have often been used in the debate. They indicate the nature of the UK’s relationship with the EU after Brexit. A ‘soft’ Brexit may mean that the UK remains a member of the single market and allows the free movement of people. A ‘hard’ Brexit, on the other hand, could mean a refusal to compromise on the free movement of people even if it implies a departure from the single market.

The UK economy witnessed some changes after the referendum. The pound went into a slump the day after the vote and still remains about 10-15 percent down against the euro and dollar. It was expected that the UK economy would suffer a crisis if the country voted to leave the EU. However, the economy is estimated to have witnessed a 1.8 percent growth. There has been a slowdown in growth in 2017, but the economy continues to expand. Since the referendum inflation has increased, but unemployment has fallen.

The referendum does not automatically indicate the UK’s exit from the EU. This will be taken care of by Article 50, which is a plan for any nation that desires to leave the EU. It came into existence when the Treaty of Lisbon was signed by all EU member states and became law in 2009.

Article 50 consists of just five paragraphs, which explain that any EU member country may quit the union and must inform the European Council to negotiate its departure. It states that an agreement can be reached in two years, unless it is extended upon everyone’s agreement. It also states that the exiting country cannot partake in the internal discussions of the EU regarding its withdrawal.

Prime Minister Theresa May triggered Article 50 on the 29th March 2017, which means that the UK is scheduled to exit the EU on 29th March 2019, unless all 28 EU member states agree to extend it.

EU laws in the UK

The European Union Bill has been introduced in parliament by the UK government and this will cease the prevalence of EU law in the UK. The bill has been called the ‘Great Repeal Bill’ and is aimed at incorporating all EU laws into UK law. Following this, the government will decide on which parts to remove, change or keep.

Brexit negotiations began on the 19th June 2017 at the EU’s Berlaymont headquarters. Brexit secretary David Davis and EU chief negotiator Michael Barnier have been involved in three rounds of talks so far. The UK and the EU haven’t yet reached an agreement about citizens’ rights. The two sides are also at odds about the amount the UK is required to pay to leave the EU.

Although slow, there has been some progress on the matter of citizens’ rights. The biggest breakthrough is for UK nationals living in the EU. They continue to be eligible to use their European Health Insurance Card (EHIC) when visiting other EU member states. There were also talks on the mutual recognition of qualifications, but more discussions are required to define who the beneficiaries will be.

The two sides have been at odds about the rights of future family members (children who will be born to EU citizens in the UK). The EU wants rights such as healthcare access, education and welfare, which EU expats living in the UK enjoy, to apply to their children as well. It also wants these rights to continue after divorce or death of the initial holder of the rights.

The UK wants all EU nationals living in the UK to have the same rights as British nationals upon having residence for five years, as long as they arrived in the country before a cut-off date, which is likely to be 29th March 2017 (the date on which Article 50 was triggered). Theresa May put forth a 15-page proposal aiming to reassure and give certainty to the millions of EU citizens living in the UK, including citizens of Switzerland and the EEA countries. However, it is expected that any deal about their rights must be reciprocated, providing assurance to the British expats living in the EU.

The main points of the proposal are as follows:

Barnier, the lead negotiator for the EU, said that the UK’s proposals were not far-reaching enough. He maintained that he wanted citizens to continue to enjoy the same level of protection that they currently have under EU law, and has asked for more clarity from the UK government.

In more news for expats in the UK, EU nationals who marry after March 2019 will only be able to bring their family members to the UK once they pass an income test (as is the case for non-EU migrants). There is also a risk that they may lose their right to go back to the UK if they stay away for more than two years. The same would apply to British nationals in the EU. The UK has maintained that it is ready to be flexible on this matter for some nationals, especially those who are studying abroad or are on overseas postings. It expects the EU to do the same.

Davis, the Brexit secretary, has revealed that there was still disagreement on the matter of the rights of employees of companies based in the EU to work for longer durations in the UK and other countries. British expats may no longer be eligible to vote and stand for local elections according to the EU plan. However, the UK wants to protect these rights of citizens in their host country.

British expats living in an EU member state would lose their rights if they transferred to another country, according to EU negotiators. But EU sources have said they are willing to exercise flexibility during the talks, though this is dependent on the UK’s position. British sources are worried that such a proposal would mean fewer rights for British expats than those coming from outside the EU, and would elicit a public reaction.

The European Court of Justice

Currently, the main sticking point is regarding the European Court of Justice (ECJ). The ECJ is entrusted with the responsibility of dispute settlement between EU member states regarding the free movement of workers. It also deals with other cross-border issues. Theresa May has said that the UK will no longer be under its jurisdiction, and the UK is considering a new international body composed of British and EU judges who will settle disputes. The EU has outrightly rejected this proposal. The agreement on citizens’ rights will remain pending until this matter can be settled.

In other news, the UK has said that it wants to conduct criminal record checks on EU nationals who want to live and work in the UK, but the EU maintains that this should only be done in case of a suspicion of wrongdoing.

The EU side is hoping to settle the basic terms of an agreement on EU citizens in October. This would then pave the way for discussions on future trade relations between the UK and the EU, which would likely begin in December. In the meantime, the UK government is getting ready to debate the repeal bill in September. This is a bill that would convert EU legislation into British laws.

Advocates of the European Union single market see it as one of the EU’s greatest accomplishments. Completed in 1992, it is a trade agreement between all EU member states that allows for the free movement of people, services, capital, goods and services from one EU member state to another. The single market permits nationals of EU member states to start businesses or take up jobs anywhere within it. Its aim is to promote trade, generate employment and reduce prices. It also means that there is no restriction on the number of EU nationals who arrive in the UK, or the number of UK nationals who go off to live in other EU countries.

Theresa May has long maintained that the UK seeks to exit the single market, enabling the UK to conduct its own international trade deals. However, she also seeks to come to a special trade deal with the EU, which will continue to permit free movement of goods and services, but with curbs on European immigration.

EU leaders say that the UK cannot have it both ways. It cannot restrict immigration of nationals from member states, while also accessing the single market. The UK Prime Minister has indicated that she hopes to maintain the tariff-free access British companies have to the European market by striking a bespoke trade deal with the EU. This will also enable her government to have full authority over immigration from the EU. Although the UK maintains that the deal with the EU must permit the freest possible movement of goods and services, it clearly wants out of membership of the single market.

If the UK exits the single market, it will no longer have complete freedom to facilitate the movement of people, goods, services and money around the EU member states. Following the Prime Minister’s confirmation that the UK would be leaving the European single market, the pound dropped to its lowest level since October last year. The UK has warned that the EU will be faced with tons of red tape if it doesn’t strike a trade deal after the UK leaves the EU. The UK is planning to create new legislation to ensure that its own VAT and customs are established by March 2019, in case it fails to strike a trade deal with the EU.

What are your thoughts on Brexit? Share them in the comments below!