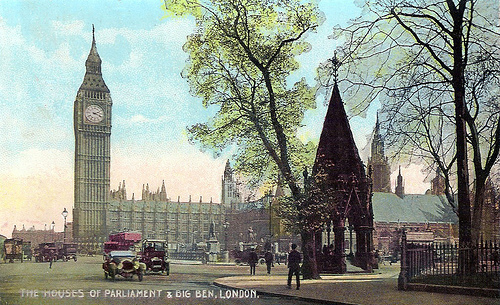 There are few cities in the world – perhaps no other city – that can offer you the kind of experience that London can. The architecture, the iconic locations and sights, the infrastructure, the constant buzz, the vibrant business and cultural scenes, the incredible mix of people you will encounter – it’s difficult to be an expat in London and not be grateful and happy for the chance to live in this city.Of course, this isn’t to say that there aren’t things about London that you won’t be too pleased with. Annoyance however comes later – what sets in more quickly is surprise. Most expats in London expect to settle into the city very easily. In particular, expats from other English-speaking countries come with the impression that the common language means that things will be very similar to the way they were back home. However, London has plenty of surprises for you, some good and some bad, and some that will only pop out at you after you’ve lived there a while.

Here are some of the most surprising things about living in London.

1. English isn’t as necessary as you might think. Yes, most people you meet will know and speak English. But a surprising number of them will also speak another language. Many of the people you meet will also be of foreign origin. London has people not only from all over the UK, but from all over the world, and it reportedly has more languages than any other city in the world.

Briony Lewis from Culture Trip agrees:
“There are lots of European and worldwide expat communities and societies here, which makes moving here a lot less daunting and makes settling in easier.”

2. Everything closes early. It varies depending on the neighborhood, but you’ll probably find it difficult to buy anything from a supermarket after 9pm. You might find dance clubs and street food after that, but getting around can be difficult. Even pubs close by midnight, and Tube services begin to shut down around the same time.

3. London is expensive. Yes, you probably already know that. But for expats, it really hits home only when they actually start living there. For example, a pint of beer in a London pub can be as expensive as £6! That’s approximately $9 USD, and for American expats, who are used to paying around $2 a pint back home, that’s truly shocking.

4. There are pubs everywhere. Depending on who you believe and where you draw the line for what’s actually considered to be “in London”, the city has between 4,000 and 7,000 pubs. No matter where you are in London, you’re never far from a pub. Many of these are charming, traditional pubs, and quite a few are very old, with some fascinating history.

5. Pharmacies work rather differently. Depending on where you’ve come from, you might find this aspect confusing. Although you can pick some medicines off the shelves, there are many more behind the counter, for which you’ll need to talk to the pharmacist who will then give you the medication you need.

6. Driving is almost impossible. Streets are often narrow, traffic can be bad, parking is expensive and difficult to find, and congestion charges add up to quite a bit. In terms of both convenience and expense, most Londoners – and most expats too – find that it’s not worth using a car within the city.

7. There’s a queue for everything, and people are disciplined and particular about their queuing. At the Tube station, at the pub, at the park, at the museum, at the department store, it doesn’t take long for a queue to form – and thankfully, the queue will usually move along quite swiftly.

8. It can get lonely. It’ll take a long time to make friends with local people. It’s not that they’re cold or unhelpful – in fact, most people you meet, even on the street, will be extremely helpful in their own British way. However, real, deep friendships can take years to form.

10. You’ll recognise plenty of the city – most probably from films and photographs, but also from paintings and novels. The city is home to four UNESCO world heritage sites, and hundreds of major films have been shot here. If, every now and then, you get the strange feeling that you’ve seen a place before, you probably have – maybe in a Harry Potter film.

So what can you do to make settling in easier? Briony adds her suggestions:

“A really useful tip is to research practical things, like who the major banks are, how to set up an account with them etc. before you come – being prepared and aware of these aspects makes the whole moving process a lot easier.

If you can, take the time to explore different boroughs and areas before deciding where you’re going to live. Each borough is different and unique, so it is good to do a bit of research and decide which would best suit you.

Always have your camera ready!”

What did you find surprising when you moved to London? How did you settle in? Let us know in the comments.