Home » United Kingdom » Moving » What Do Expats In The UK Think About Brexit?

What Do Expats In The UK Think About Brexit? 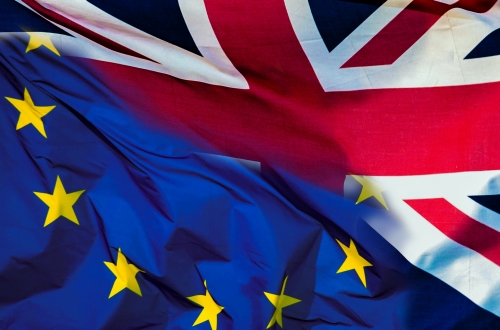 Since the Brexit vote in 2016, there has been much concern and discussion around what will happen to expats when the UK leaves the EU.

A main area of concern at the moment is around expats who are worried about the effect Brexit will have on them. How is the United Kingdom’s decision to leave the European Union going to affect the Europeans who live in the UK, or British people living abroad? There is a sense of security for the moment; until Article 50 comes into power, all expats have the right to remain as they are and carry on. However, it’s not a long-term resolution, which is leaving many expats on edge about their future.There is a lot at stake, which is undoubtedly worrying for those who are in a situation where Brexit may affect them negatively. Outlined below are few of the major factors that need to be considered.

Expats who have dual citizenship could become ‘foreigners’ to the European Union and vice versa. EU laws could be revoked too. Brexit would also mean that passports would be changed, with tighter border security having a potentially detrimental impact on those coming going from the UK to the EU and vice versa.

Double taxation rules are currently in place to prevent expats from paying double tax in their country of residence and home country. However, there have already been many cases where this is not being honoured because of Brexit – even though it has not come into power yet. This is causing major problems for many expats and shows what may be to come.

There could be issues with purchasing goods from outside of the UK and having them imported from the EU, to the point where certain goods could be denied completely. There is already some resistance in place where some counties in the UK are not accepting ‘foreign’ credit cards or cards that aren’t based in the UK. This is causing EU expats a lot of trouble in the UK and as a result encouraging them to return.

There may be residency cards, which will require an expat to have a certain threshold of funds that entitles them to stay. This would be applied automatically to all new citizens. This could potentially prevent expats without high incomes and excessive funds from becoming residents in the UK.

Expats who reside in other EU countries, such as France, currently have their medical bills covered by the National Health Service. This entitles them to medical treatment and then French hospitals bill it back to National Health Service for the finances to be reimbursed. This will be lost when Brexit comes into power, which may force EU expats to return to the UK.

Many expats have voiced their opinions on how they feel about Brexit, mostly negatively.

“We already left because of Brexit. It made no sense to stay since my husband is EU and I’m American. I could’ve stayed and eventually done ILR and a passport… but for what? We still would’ve had hurdles to live together anywhere once UK leaves the EU. Brexit busted up our plan, so we left!” – Amanda Walkins

“Well, for a non-EU resident it is already hard. Trying to obtain a job after university is a tough market in the UK at the moment.” – Timothy Muyo

“Two large companies my husband had applied for and was their successful candidate – pending the Brexit vote. So he’d have got to choose between two large global companies based in the UK for this job role. However, the moment the Brexit vote fell as a yes, both these senior management jobs were taken off the table completely. I think a lot more issues will come into play as the years draw closer to the final signed Brexit deal and the deadline date approaches.” – Sandy Chamberlain

There is a lot at stake when the United Kingdom leaves the European Union, but there are many rumours about what will happen and very little certain information. This has left many expats struggling to make a decision for their futures.

What do you think about the UK’s exit from the European Union? Share your thoughts in the comments below.