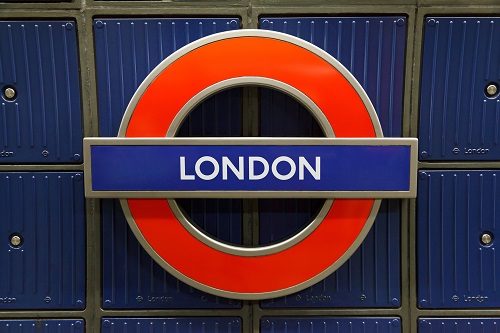 In the wake of the Brexit vote, the second half of 2016 was a turbulent one for the UK. In October the pound plummeted, hitting a six year low against the Euro, and a three decade low against the dollar. It is yet to recover to pre-Brexit vote levels, and threats of a ‘hard Brexit’ have many economists and commentators predicting an unstable future for the UK economy.But despite political uncertainty and dire threats of an even more catastrophic downturn when the UK officially begins the process of leaving the EU, it remains a popular destination for expats. Indeed, according to the HSBC Expat Explorer Survey, satisfaction has improved, with the UK moving up the league table from 23rd to 22nd since 2015.

The survey polls nearly 27,000 expats in 45 different countries, asking participants to compare their expat experience with life back home. Economics, quality of life, and family are all considered.

The UK’s position is largely supported by its strong economic advantages, placing it 16th overall in this category. It rates particularly highly in opportunities for career progression, coming in at third overall.

Entrepreneurs, young people, and those who are seeking to further their careers are particularly drawn to the opportunities in London.

35% of expats move to the UK to improve their career prospects, compared to the global average of 25%. But the figure is even higher in London, where 40% have come to seek the opportunities for advancement to be found in the city.

Once they’re here, things get even better. A huge 71% of expats in London say that working in the UK will increase their job prospects once they return home, compared to the global average of 46%.

The opportunities for skills and training in the UK also play a major role, with 64% saying that they are better off in the UK than at home.

And for entrepreneurs, London offers a warm welcome, with 63% feeling that their work is viewed more positively than at home.

But the career boost is not without some lifestyle sacrifices. While 60% of expats in London feel the working culture is better, work-life balance in the UK is viewed negatively, with 53% saying they were better off back home.

As a result, many report that their social and family lives suffer in the UK. And while tolerance of differences is high, the UK has a dismal reputation for integration, coming in 43rd of the 44 countries surveyed.

For expats looking for opportunities in the UK without such a steep cost, there are options if they are willing to look beyond the bright lights of London. The UK has a considerable advantage over its international rivals in the diversity of its cities.

Work-life balance is much improved in Bristol, where 60% believe they are better off than in their home countries. Bristol also does well on the cultural stage, with 76% of expats enjoying British cultural pursuits in the city, compared to the nationwide average of 71%.

For those who might consider looking further north, overall quality of life is reported to be higher in Leeds, with 52% rating it better than their home country, compared to the UK average of 43%.

And for the best of both worlds, Birmingham offers high job satisfaction, with 58% feeling their work is more fulfilling, compared to the global average of 46%. 57% of expats in Birmingham agreed that their work prospects were improved by their time in the UK.

It has rightly been argued that we are still living in pre-Brexit Britain, and it will be some time yet before the full impact of the decision to leave the EU will be understood and felt.

In the meantime, European big business still calls the UK home, and businesses and entrepreneurs can still take advantage of the benefits of access to the European single market.

While this situation remains stable, London and the UK are still an attractive destination for career-savvy expats and entrepreneurs.