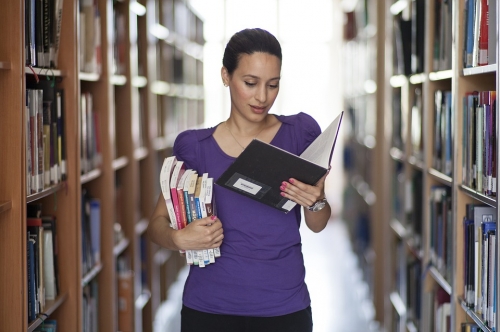 How is it that the US seems to have the lion’s share of the world’s most prestigious universities? The QS World University Rankings 2018, for instance, feature five American institutions in the top 10, and 11 in the top 20. For that matter, the top four global universities are all based in the US (in fifth place is the UK’s University of Cambridge), with the Massachusetts Institute of Technology (MIT) leading the rankings for the sixth consecutive year.Let’s consider another set of global rankings, for comparison. The Times Higher Education (THE) World Rankings 2018 put the University of Oxford on top, with Cambridge taking second place, but still three of the top five are American universities. As are seven of the top 11 (the University of Pennsylvania and Switzerland’s ETH Zurich are tied for 10th place). And if we look at the top 20, the US’s domination is even starker, with 16 schools on the list.

To understand why this is the case, we’ll need to first examine the way these league tables are constructed. The organizations behind them conduct large-scale surveys of universities, students, academicians and employers. They also analyse the amount of research published and the number of citations, and score the schools on a number of measures. These scores are then aggregated to arrive at an overall score for each institute, which forms the basis of the rankings.

Typically, though, one of the most important factors in the overall score is a university’s reputation. Take the QS rankings—if you take a look at the methodology used, it’s clear that half of the score is based on reputation (40% for ‘Academic Reputation’ and 10% for ‘Employer Reputation’). Times Higher Education, on the other hand, gives reputation a weight of about 33% in the final score (15% for reputation of teaching and 18% for reputation of research).

The obvious question is: does this mean that the world’s best universities are just riding on some sort of perceived greatness? Well, no. The reputation these institutes have has been built up over decades, on the back of excellence in academics and quality of research.

And the rankings take that into account as well. QS considers citations per faculty (20% of the final score) and the faculty-to-students ratio (another 20%). THE breaks it down further still, measuring schools on parameters like the ratio of doctorates to bachelor’s degrees, research income and international collaboration (apart from a 30% weight for citations in the overall score).

Both organizations also give weight to the international exposure a university provides—both measure the proportion of international students and faculty members a school has, and THE also considers international collaboration with other institutes. The sort of diversity that the best universities encourage likely plays a large role in their performance—and it’s often this very international exposure that attracts students, researchers and professors in droves.

Apart from this, all the top 10 universities in QS’s list (from the US or otherwise) are well established and, perhaps more importantly, well funded. And the American schools especially so, given the widespread culture of endowments. MI, which came first in the QS rankings, had nearly $14 billion in endowment funds as of 2016, while Stanford (number 2) had over $22 billion and Harvard (number 3) had a whopping $34 billion. The California Institute of Technology (Caltech), which was ranked fourth, is a bit of an outlier in the sense that it had only about $2 billion in endowments.

As a result of both wealth and reputation, the top American universities are able to attract the best talent from around the world to teach and carry out research, not to mention the best students. And of course, they’re able to invest in state-of-the art facilities.

There’s more to the story, though.

Centres for learning and research in the 19th century (we’re starting after the Industrial Revolution) were largely concentrated in Britain, as well as other major European nations, with British industry and innovators at the forefront of development and technology. Vast colonial empires and rapid industrialization led to high economic growth, and that naturally benefited universities and colleges too.

But across the Atlantic the US, by then independent of Britain, began to industrialize too, especially in the late 19th century. Separately from the rest of the West, America began to make great strides in science and technology.

A turning point came in the form of the two World Wars, especially the second. Over the years, support and funding from the state has been a big factor in how academic institutions developed. And that’s precisely what happened in the US before, during and after the war. The need for improved production and better military technology meant that the government and the army gave their full backing to research. Physicists and physics programmes, for example, benefited from the military’s push for nuclear weapons. In more recent times, the Internet actually grew out of a project developed by the US defence department.

The war also devastated the economies of most European nations and eventually led to the breakup of their colonial holdings. America was relatively insulated.

A big factor in the US’s continued rise, as far as science and research went, was immigration. Many scientists and scholars from Europe moved to America over the course of the second World War. Welcoming the best and most talented academics from the world over is something that to this day sets apart the best universities. QS and THE both take into account the number of international students and faculty members while ranking universities.

Coming back to the present, one interesting trend stands out when comparing US and UK universities in QS’s top 10.

The four British institutions are mostly evenly matched on each parameter with the American ones, except on ‘Citations per Paper’. Four of the five American universities achieve a perfect score of 100, with just the University of Chicago scoring under 90, while not one of the four British schools hit 80. For the record, Switzerland’s ETH Zurich, the only non-US, non-UK university in the top 10, scores very well across parameters but loses out on the faculty-to-students ratio.

QS gives a 20% weight to citations, and THE gives 30%. This and the reputation factor together account for about two thirds of the overall score these organizations calculate. In a nutshell, this ends up favouring universities with strong brands, a track record of academic performance and a focus on science and research—the likes of MIT, Stanford and Harvard in the US, and Oxford and Cambridge in the UK.

University programmes in the US have a distinctive structure, which may seem odd if you’re used to the way higher education works in most other countries.

To start with, when a student enters an undergraduate course at many universities, they don’t have to pick a field to specialize in. This stands in contrast to the traditional systems in Britain and much of Europe.

For a year or two, students at most American universities study certain core courses or subjects, as well as some electives. It’s only after this that students have to pick a major, or specialization. But—again, largely in contrast to British institutes—students can easily switch majors, with the only requirement being that they have to then make sure to take all the courses required for whichever new field they pick.

American universities also let students pick a minor: a subject or field separate from their major. While they don’t issue degrees or diplomas for minors, it helps encourage students to develop multi-disciplinary skills.

Institutes in the US often attribute some of their academic success to the flexibility this setup gives them. THE’s report on its 2016-17 university rankings, in fact, quotes MIT’s Marty Schmidt as saying that collaboration across departments and disciplines is a major factor behind the university’s strong performance.

What does the future hold?

So yes, over the years, Western universities—particularly those in the US —have managed to dominate higher education worldwide. In America large bodies of research and an international outlook characterize the top institutions.

The fact that these rankings rely heavily on the universities’ reputations, though, is sometimes a bone of contention. Their achievements so far more than warrant the reputations they have, but it is possible that this reputation ends up helping them improve their performance, since teachers, students and grant-giving organizations are likely to pick the institutes with the best standing.

Nevertheless, it’s clear that the US currently has the best universities—particularly for the more technical fields, STEM courses and social sciences—whether you’re a student, a teacher or a researcher.

But as we wrap this up, there are still a few important points to note.

Firstly, while the top universities in the US are indeed among the best in the world, this may not be representative of the average American institute, as noted in a New York Times article by Kevin Carey. He points out that despite the country’s reputation for quality higher education, Americans with bachelor’s degrees fell short of the international average in a number of tests meant to measure their skills.

If you’re a student thinking about applying to study in the US, it’s something worth keeping in mind—the top schools are great for exposure, learning and research, but go below a certain level and you may not get anywhere near the same level of quality.

And there’s something else to be concerned about. With the recent political shifts in the US and movements against immigration in general, it may become more difficult in the future for international students to gain entry—though there’s no such change yet. The Washington Post did report in July that a government department that would make it mandatory for expat students to apply for permission to stay in the US on an annual basis. But a rule like that would face a lot opposition, not least from the universities themselves, and there’s no sign of it being implemented anytime soon.

Both QS and Times Higher Education in their latest reports have highlighted another emerging trend that international students and teachers should pay attention to—the growth of Asian universities, accompanied by a decline in the standings of Western ones. While the composition of the top 20 or 25 has been fairly stable, the same doesn’t hold true for the top 200 or 500.

As John O’Leary, a member of the QS advisory board, wrote in QS’s report, more than half the American universities have fallen in the latest rankings. 18 of them fell by more than 50 places. The majority of British institutions also fell, while European universities’ results were mixed, O’Leary added.

Asian institutions, on the other hand, have been climbing the ladder, with China’s Tsinghua and Peking universities in the top 30 of both the QS and the THE rankings. Singapore’s NTU and NUS both feature in QS’s top 20, though they don’t fare so well on the THE list. Universities in Hong Kong and South Korea have also established footholds in the top 100, and are making their way up.

THE’s 2016-17 report quotes Louise Richardson, head of Oxford University, as saying that apart from deep-pocketed US institutions, government-backed Asian universities will be Oxford’s main competitors in the future. Perhaps this is a point worth considering a few years down the line. For now though, if you want the best, the US looks to be your best bet, with the UK a solid second choice.