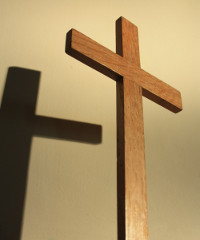 The U.S. ‘Bible Belt’, that vast landmass stretching from Texas to Florida on the east-west axis and going as far north as the states of Missouri and Virginia, is an area typified by its social conservatism and Protestant piety. The term has been a pejorative one since the beginning (claimed as the coinage of notorious literary crank H.L. Mencken), and to this day one is still much more likely to hear the phrase being used by an opponent of this conservative Protestantism than by an actual proponent of it.

Most of us have probably heard the horror stories that give this region its reputation for intolerance, from the cruel political theater of the Westboro Baptist Church in Kansas to the decades’ worth of documentary exposes on the corruption of “tent revival” preachers and “faith healers”. The disclaimer to this, as always, is that the American news media’s unwritten policy of “if it bleeds, it leads” tends to favor tragic and debate-stoking stories rather than ones highlighting virtuous conduct and maintenance of peace. Yet none of these stories is entirely false, nor is it an exaggeration that the influence of Christian mores on this area stands head and shoulders above that of northern and continental Europe.Some Interesting Demographic Trends

Church attendance in the U.S. has surprisingly, given the large percentage of American nationals professing faith, been on the decline. More surprisingly still are recent demographic reports showing that one-fifth of the U.S. public, and 33% of all adults under 30, claim “no particular religious affiliation.” This is a striking demographic shift from just five years earlier, showing a growth of 5% in this umbrella category including atheists, agnostics, and deists.

Among those still significant numbers of the faithful, the trends in worship activity are changing, and a typical church service or religious meet-up in the Bible Belt is far removed from the stately grandeur of the Anglican Church. A prime example is the Saddleback Church of the influential pastor Rick Warren (who used this venue to host a 2008 presidential debate between Barack Obama and John McCain). The archetypal “mega-church” services here can involve the Hawaiian-shirted pastor performing brief standup comedy routines that alternate with motivational, ‘feel-good’ observations. This, and the many other Bible Belt churches in its mould, are as much social clubs as they are places of spiritual contemplation, to the point where it might not be that shocking to find some attendees of the “no particular religious affiliation” there solely for the camaraderie.

Warren’s best-selling book The Purpose-Driven Life is also exemplary of the message that influences evangelical and / or Bible Belt communities – that is to say, it focuses on the heavenly role in fostering earthly prosperity and success. Some more extreme variants on this, known as ‘Prosperity Gospel’, have been widely criticized by both Christians and atheists for encouraging individuals to petition the divine in order to help selfish gains materialize, though the message in Warren’s books is decidedly tamer.

The Evolution of the 'Social' Church

Another point of criticism relating to the American church community has been its perceived lack of social inclusion. This is based on an image of the “WASP [White Anglo-Saxon Protestant]” that is no longer completely accurate. The modern churches – both clergy and membership – seem particularly eager to distance themselves from the accusations that the evangelical religion of the 19th century South was more concerned with being a means of social control to keep freed slaves ‘in line’ than it was with the social reform typical to churches of the Northeast. Even church services in conservative areas will now feature sermons stressing tolerance and compassion for migrant laborers, and the church is playing as strong a role in lobbying for demographic diversification as any other policy-making group.

The Church and American Culture

If you find yourself assigned to work in this part of the world, and subsequently find yourself full of dread and anxiety, it might be beneficial to isolate whatever it is that you really find distasteful about the region’s public image. If the aggressive projection of personal convictions, with an eye to winning ‘converts’, is something that annoys you, then it has to be said that this practice exists across the socio-political spectrum in the U.S.: from anarchists in Oakland to evangelicals in Arkansas, most worldviews have their percentage of zealous adherents that will dispense with the usual rules of etiquette in order to make themselves understood.

If culture and aesthetics are your points of contention, then it has to be admitted that, yes, this part of the world will probably not be the center of the next great renaissance of art and philosophy. There is a certain contentedness in this area that the “big questions” of life have already been answered by the Gospel, making any kind of Promethean thirst for new frontiers of knowledge unnecessary. However, blaming the poor health, lack of erudition and even poverty of ‘Bible Belt’ Americans upon their faith is to engage in a dangerous game of “correlation equals causation”.

All of these factors exist to considerable degrees in American mega-cities as well, and, where poor health is concerned, it was none other than the sitting mayor of New York City who attempted to institute regulations limiting the saleable amount of beverages containing high-fructose corn syrup, a fact that points to serious concerns over metropolitan residents’ own wellbeing.