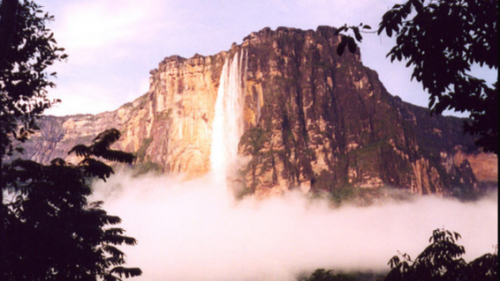 Venezuela is a naturally diverse destination. Located along South America’s northern coast, the country is framed by the Andes Mountains in the northwest. Its Caribbean coastline is dotted with tropical resort islands, such as the Los Roques archipelago. Venezuela is a hotspot for those seeking adventure and closeness to nature. Venezuela has witnessed the most urbanization of all the Latin American countries. Much of the population, including expats, live and work in the country’s northern region, mainly the capital city of Caracas.Here are five experiences you must try as an expat in Venezuela.

Situated on the border with Guyana, Mount Roraima was the inspiration for Sir Arthur Conan Doyle’s ‘Lost World’, an adventure story animated by prehistoric creatures and ‘ape-men’. In reality too, scientists have referred to these tabletop mountains as ‘islands in time’ as many species have evolved around them in total seclusion over the ages. Some of the oldest geological formations on the earth can be found here. The sheer variety of flora and fauna available also makes this place worth visiting. In fact, the Native people believed Mount Roraima to be the stump of an ancient, enormous tree. The Venezuelan side of the mountain offers excellent opportunities for trekking and the best time for this is between December and April, when the weather is ideal. Native guides are available for insights into this intriguing landscape.

The old-world town of Coro, or Santa Ana De Coro, is among the oldest cities in Venezuela. Perhaps the most interesting thing about this town is that a short distance away from its narrow, cobbled streets and beautiful architecture, lies this tropical destination’s very own desert! The sand dunes of Los Medanos cover an expanse of between 5 and 30 kilometers and some of them rise to a height of about 40 meters. The dunes move constantly due to the western winds and offer the ideal space for sand boarding. The best time to visit Los Medanos is from May to October. Visitors must be aware that these dunes are sometimes called ‘camera breakers’ because of the amount of sand that gets thrown around by the unrelenting winds.

Expats will have the delightful opportunity to explore the flavors of Venezuelan cuisine. The local food bears European influences, such as French, Italian and Spanish, as well as some African influences. Due to the vastness of the country, different regions have their unique culinary influences. Seafood, of course, is a must along the coast. Here, fish soups and stews featuring some of the freshest seafood are the most popular dishes. Coconut is also liberally used in some dishes. The local food of the Andean region often includes cured meats, sausages, wheat preparations and trout. In the Amazon areas, food is mainly cooked with yucca, corn, bananas and sometimes even deep fried ants. The parilla or mixed grill is a Venezuelan favorite that offers some of the choicest cuts of meat.

Get a bird's-eye view of Angel Falls

One of the most popular sites in Venezuela, Angel Falls is the tallest single-drop waterfall in the world. It is located atop the Auyantepui Mountain in Canaima National Park and stands at an incredible height of 3212 feet! Named after the American aviator and ‘discoverer’ of the waterfall, James Crawford Angel, Angel Falls is called ‘’Waterfall Of The Deepest Place’ in the local Pemon language. One of the best ways to see this natural wonder is by plane. A half-day flight will give you one of the best views of the waterfall. Those who prefer a more affordable way to explore Angel Falls can opt for a boat ride.

A cable car or teleferico ride to the top of Mount Avila treats you with fantastic views of the mountains, and also of Caracas city. Choose a clear day for this and you can also catch glimpses of the Caribbean. Once you’re there, you can explore the Avila National Park, which is composed of a wide walkway along the ridge of the mountaintop. Remember to take something to keep you warm, as the weather is much cooler than it is in the city or along the coast.