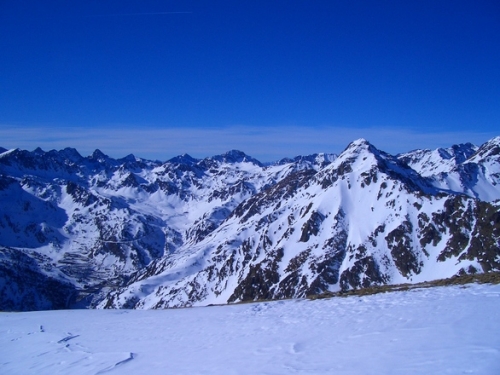 From the late 1970’s Andorra was a European tax haven star, with many taking residency, but with income tax set to be introduced, will it kill the goose that lays the golden egg?

Cheaper than Monaco and the Channel Islands for property and with no income tax the number of people taking residency in Andorra has historically been good for the last forty years.

But over the last two years the number of residency applications in Andorra dropped as the country’s parliament debated whether to introduce a minimum investment level for new entrants, but once the government had taken the decision the number of people viewing property in Andorra rose again.But now Andorra has decided for the first time to introduce income tax – why and could this mean the end of Europe’s most accessible tax haven?

The OECD and EU have put pressure on the country in recent years to introduce an income tax, and with neighbouring countries – especially France – needing as much revenue as they can get in the wake of the 2008 banking crises Andorra will be moving her status from a tax haven to a low tax jurisdiction to avoid being blacklisted by bigger nations and international organisations.

Andorra has already over the last year raised the bar as to who could take residency in there – until recently it was possible to rent an apartment for as little as 700 Euros a month, pay a 30,000 Euro returnable deposit to the government, and as long as criminal records checked out an applicant could gain residency.

But now a 50,000 Euro deposit to the government is needed, and overall 400,000 needs to be invested to gain residency – this can be in Andorra property, so the minimum amount new entrants need to be looking at for property in Andorra is 350,000 Euros.

For someone with Andorra residency and earning 100,000 Euros a year their tax bill we be 6,800 Euros.

So does moving to Andorra still make sense for those considering moving to a low tax jurisdiction? Tribune Properties, who have specialised in Andorra residency since 1997 say it is, and have sold two houses with a combined value of over two million Euros in the week since the confirmation of income tax being introduced. Early proof they say that Andorra is still a serious contender for those wanting to lower their tax bills.

The majority of those buying property in Andorra take passive residency and aren’t working they add, while for those who are working a tax rate of 6.8% on a 100,000 Euros income is favourable compared to some of Andorra’s competitors. Jersey and Gibraltar for example have tax rates of around 20% – double that of Andorra.

For those that do decide upon Andorra, the minimum number of days they need to live there is 90 a year, but many choose to stay there year round.

There’s a real sense of community among the expats, and there is a good International Club with weekly meetings where newcomers can meet those who have lived in Andorra for a while. Another attraction is the virtual absence of serious crime in the Principality, along with very low levels of petty crime such as vandalism, car theft, shoplifting and graffiti.

For those with children there is a choice of schooling – either privately through the International School in Andorra which is located in La Massana – or through the State system where the education is free.

Sport and leisure is well catered for, with each of Andorra’s seven parishes having first class leisure centres with some incorporating olympic size swimming pools, and there are numerous spas to choose from as well.

With a population of 85,000 Andorra is small but has plenty going on for her citizens and residents, but the tax advantages along with France and Spain both being easily accessible should ensure it remains a sought after low tax jurisdiction.

Tribune Properties can send readers a free copy of their Andorra residency guide and property information by visiting www.propertyandorra.com