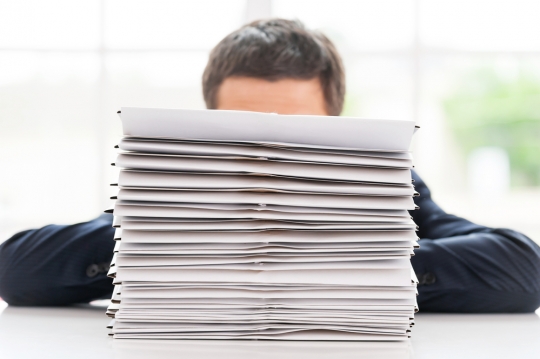 Ah, April… The month when spring starts to feel properly sprung. Gardens shake off the winter blues and come back to life, and lambs gambol around in the dew-strewn paddocks.

At least that’s the storybook version; the grown-ups in the real world are often too busy stressing about tax returns to appreciate the wonders of nature!Tax returns are especially problematic for expats, who must balance the requirements of two tax jurisdictions, often requiring twice as much paperwork and double the threats of penalties or imprisonment for inaccurate reporting.

By far the most stressed people on earth ahead of the tax deadline are American expats. We’ve written before about the Foreign Account Tax Compliance Act (FATCA) of 2010. This is an unwelcome piece of legislation that enabled the Internal Revenue Service (IRS) to require each and every US citizen to submit a tax return. In many cases, American people will not be required to pay two sets of tax on their income, but some will, and failing to report all income comes with the threat of hefty penalties.

One US-Canadian citizen living in Vancouver was sued by the US government in 2017 for USD$860,000. That sum isn’t for failure to pay due taxes, just for failing to report the contents of their bank accounts. The IRS can fine those who fail to report on time USD$10,000, or half the value of the account.

Exactly who falls under the unrelenting gaze of the IRS is a bone of contention. After the scheme’s first year, there were reports of French citizens with one American parent receiving threatening letters and banning orders from the US, despite holding no American passport or bank account and never having visited the country.

Banks are also expected to disclose the accounts held by people deemed to be covered by FATCA. Foreign banks who don’t report the total amount US citizens have saved with them can be fined business-crippling amounts. That said, it is not easy or cheap for banks to do this kind of auditing. It’s estimated to have cost Australian banks AUD$255 million to set up systems to comply with FATCA through tracking the estimated 41,700 US-citizen bank customers. This is despite the fact that Australia’s first FATCA submission reported only 30,000 eligible persons.

Staying on the right side of the legislation is not easy. Jeffrey Pomerantz, the US-Canadian man sued for USD$860,000 described it as ‘a nightmare’ in an interview with CBC. The complexities of the FATCA system mean Pomerantz was fined for the total number of accounts he held, plus late payment fees, plus interest. Having moved a sum of money between several bank accounts to get the best interest deals, he found he was liable to pay fines, despite the accounts no longer being in use.

Pomerantz advised expats all over the world to seek professional help with submitting FATCA returns. “Don’t file your own taxes,” He told globalnews.ca. “If you don’t cross all your Ts and dot all your Is, they will find some way to screw you.”

A quick search online will bring up a plethora of articles about the act and how US citizens around the world need to cope with it. Americans in Australia in particular face issues.

The IRS will expect your returns in April, but the Australian Tax Office (ATO) work to a filing date of 31 October. The key to making Australian tax returns as painless as possible is getting a Tax File Number (TFN). Without a TFN you will have taxes from income and investment deducted at source as a higher rate than paying through a return.

ATO returns require information on global income, requiring expats to dig through their accounts twice, calculating different figures due to the differing time frames for the two jurisdictions. There are a number of US-Australia tax agreements to lighten the financial burden if not the paperwork.

The two nations have a social security scheme. US citizens working for a US company in Australia continue to pay American Social Security for their first five years overseas, switching to pay into the Aussie system after that time. Anyone working for an Australian company only needs to pay Aussie social security. The income tax agreement, however, is not so generous.

Stateside Aussies get a better deal than Americans down under, who may end up paying twice the taxes. Any income earned from work in Australia is subject to both ATO and US taxes.

The only bit of good news is that the Foreign Earned Income Exclusion (FEIE) Act allows expats to USD$100,800 a year from their tax return. This discount cannot be used to lower their overall tax rate, but it can save a hefty sum overall. FEIE can only be applied to cash earned in salary or wages, deducting from Federal taxes only. Expect to continue paying state taxes, social security and Medicare contributions.

Not only do US citizens in Australia need to worry about filling in two rounds of paperwork for both ATO and IRA, but they also need to duplicate the effort for their spouse. ATO does not allow married couples to submit joint tax returns, however they are both required to report their partner’s income when submitting their own returns.

As Benjamin Franklin, an American citizen who lived in the UK and France, once said, “in this world nothing is certain, except death and taxes.” There is only one way to avoid paying double on overseas income, but it is an extreme measure that is becoming increasingly popular amongst US expats.

In 2010 just 1,006 Americans renounced their citizenship. But since FATCA hit the statute books, this figure climbed to over 5,400 in 2016, and in the first quarter of 2017 alone, 4,450 looked to hand back their passport. Included in these numbers are the British Foreign Secretary, Boris Johnson, who was born in the US to British parents. When Johnson sold a house in London, the IRS hounded him for capital gains tax.

FATCA continues to be a cause of frustration around the world for US taxpayers and international businesses alike. Unfortunately, it seems that the IRS is becoming more aggressive in enforcing the act, making life even more stressful for US expats.