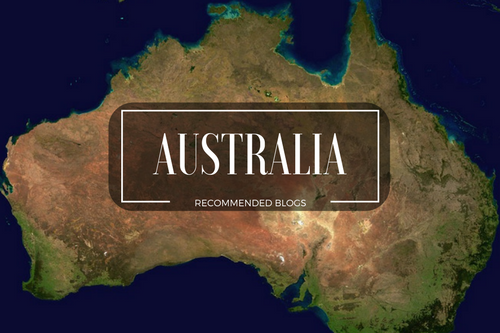 At Expat Focus, we like to be on the lookout for resources around the web that could help prospective expats adjust to their new countries. Today, we’re taking a look at Australia and some of the blogs that might be useful for expats there.Between Roots And Wings
http://betweenrootswings.com/

Cristin is an American expat celebrating seven years in Sydney, Australia. As a mum of two, she has plenty of advice and tips for parents of small children who love to explore and travel between homelands frequently. She discusses the difference between two cultures and shares her observations as a foreigner abroad. Forever looking to find that balance between seeing the world and building a home, Roots And Wings is a very fitting title for her blog.

Portuguese born Sami made her way to Perth, Australia by way of South Africa, Germany and Portugal. A creative soul she will, if working hours allow, have at least one project on the go: painting, sewing and jewellery design are just a few of her specialisms. As a seasoned expat she finds adaptation easier than most but still suffers the same ups and downs of changing friendships and ‘finding herself’ after every move.

Katie blogs useful tips for present and future expats in the sunshine city of Sydney, Australia. She aims to be the one-stop-shop for adventures exploring Oceania and Asia. There is guaranteed to be something here that will make you smile or laugh out loud, she is a firm believer in the power of humour as a necessity of expat life.

Cyndie was born in Paris, France and grew up in the south of the country. After meeting and falling for an Australian she relocated to Sydney in 2009 and has been blogging about her life journey since 2011. Not a blog to approach hungry, her wide selection of simple classic dishes from all over the world is guaranteed to make your mouth water.

From Switzerland to Australia this momma blogs about her life as a home-schooling, expat wife and mother. With over ten years in the land down under she is honest about her struggles with identity as an expat, immigrant, or her preferred term, ‘a transplant’. Her regular comparisons of life upside down to the one she left behind (but frequently visits) in Europe make for interesting as well as entertaining reading.

Wilbur, Where R U?
https://wilburwhereareyou.com/

American Wilbur loves to travel and currently calls Sydney, Australia his home base. He has definitely made the most of his relatively short period as an expat, his ‘lessons learned’ should be mandatory reading for anyone considering an expat life in Australia. Informative travel and adventure posts are peppered with stunning photographs, all the Aussie bases are covered and his spirit for exploration shines through.

Diary of a Yorkshire Aussie
http://www.francan.co.uk/

If you haven’t already guessed, Yorkshire born Fran exchanged life in the UK for an altogether sunnier one in Australia. Five years into his expat life, his blog is a well-kept diary of the highlights (and the learning curve) of living life on the other side of the world. Look out for his advice about ‘things they don’t tell you’, and the insider tips which every expat needs to know.

Monique is a Minnesotan, living in Sydney with her husband and two kids. Her family orientated blog was initially created to keep her family and friends updated on their expat life but it also holds many great tips about raising and travelling with a family in Australia. Photo heavy and filled with glimpses into a family’s life far from their native home, this blog provides reassurance that expats of all ages can flourish wherever they land.

Scottish Ruth lives in Hobart Tasmania with her husband and young son. Her blog is a creative outlet which started when she first became a stay at home parent seven years ago. Now it is an honest and heart-warming resource for parents and expats alike, which focuses on a real life being lived as opposed to a lifestyle just out of reach.

Half A World Away
http://www.halfaworldaway.net/

British twenty-something Katie settled in Melbourne, Australia after a backpacking trip through warmer climates. Finding information about visas, immigration and life for single women on the Internet was sadly lacking, so she decided to document her move in the hope that the information would prove useful to any future expats considering making the same move. Her travel and expat tips are useful and honest: she made the mistakes so that you don’t have to!