Home » Austria » Health » Moving To Austria As A Disabled Expat: What You Need To Know

Moving To Austria As A Disabled Expat: What You Need To Know 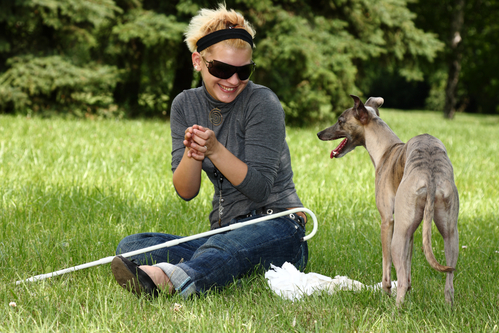 Emigrating is stressful enough without having to micro-manage every second, but when you have a disability, all decisions must be thought out and planned in minute detail. Failure to do so can lead to the exacerbation of already heightened stress and frustration. In order to limit such negative scenarios, research and planning is a must.According to the Expat Finder article Culture Shock in Austria, Austria has one of the strongest socialist influences in the world, meaning that education is free, the healthcare system is well-run and other public commodities are heavily subsidised by the state. But what is it really like to move to and live in Austria with a disability, and what do you need to do and know in order to live a happy and healthy life in your new environment?

Austria is generally considered to have a low crime rate, an outstanding health care and social security system and an attractive recreational infrastructure. In the 2017 Expat Insider survey, based on 65 destinations, rated by 12,500 expats, Austria was voted second for health and well-being, seventh for overall quality of life and eighth for travel and transport.

In 2008, Austria was one of the first countries to sign the UN Convention on the Rights of Persons with Disabilities, and with a population of roughly 8.7 million, of which around 19 percent (1.67 million) are expats while 20.5 percent are officially registered as having at least one disability. Austria is well on its way to providing a supportive system for those with disabilities, enabling those people to enjoy a barrier free life in this fabulous country.

Migrants requiring access to healthcare services are encouraged to seek out a general practitioner (who will be able to provide treatment or arrange a referral to hospital or specialist. Normal surgery hours and appointment times can vary considerably, but these surgeries are often closed in the afternoons.

You don’t have to register with a GP or make an appointment (termin), however these things are recommended as otherwise waiting times can be long. Even with an appointment, you will probably have to spend some time waiting. You can search a listing of local doctors by expertise, location, opening hours and foreign languages spoken here.

Prescribed medicines can be collected from any pharmacy (apotheken) and will be charged at the current prescription rate of €6. Opening times are Monday to Friday between 8am and 6pm, and Saturdays from 8am to 12noon. Pharmacies take it in turns to open on Sundays and operate a night service and a 24-hour hotline (1455) which provides information on where to find the nearest open branch.

The Austrian federal government and social insurance institutions are giving the whole country’s healthcare system an overhaul to ensure optimal structures for treatment as well as more services for the coming generations. This modernisation programme has a clear goal: the well-being of patients.

Austria’s health service is organised by region with regional authorities (Gebietskrankenkasse – GKK) and is based on a two-tier healthcare and social security system in which virtually all individuals receive publicly funded care.

Compulsory District Health Insurance (Krankenkasse) is the first level of this two-tier principle, which provides cover for those in employment and guaranteed cover for co-insured persons (such as spouses and dependents), pensioners, students, the disabled and those receiving unemployment benefits. Secondly, public welfare benefits are made available by the federal, provincial and municipal authorities for those in need; that is, those who are not covered by the district insurance system.

Both you and your employer are required to pay towards the compulsory District Health Insurance via monthly contributions which are automatically withheld from your salary. The amount deducted is calculated on the basis of the individual’s monthly income and is not related to medical history or risk factors.

However, if you are self-employed or unemployed or unable to register for automatic District Health Insurance deductions for any reason, other arrangements must be made. Further information and online registration forms can be accessed through the Wiener Gebietskrankenkasse website.

In an emergency, there is a standard number to call across Europe, which is 112. If you need an ambulance, this should be your first port of call. If possible, have a local person assist you with your call. Under Austrian law, any health organisation, public or private, is required to treat patients in an emergency situation regardless of their insurance status. If you are deaf and have an emergency, you can get help by fax or SMS on 0800 133 133.

Once enrolled in the District Health Insurance system, you and any insured family members will be sent an e-card. This ID card entitles you to access nearly all hospitals, doctors and pharmacies in Austria and must be taken to health-related appointments. The e-Card was introduced in the last seven months of 2005, following six months of stringent testing in the field and allowing the digitisation of health claims, replacing the earlier health insurance voucher.

The type of service available will depend on the area in which you reside. However, starting in January 2016, the Austrian Equal Treatment Act 2006 was expanded; it now states that all services in the public area have to be accessible for everyone, including people with disabilities.

Vienna’s metro stations and metros are 100 percent accessible, while 63 percent of tram vehicles and 90 percent of tram stops and stations are accessible. The Wiener Linien bus fleet consists exclusively of low-floor vehicles which can be lowered even further by hydraulic means. A special service for blind and visually impaired guests is provided by Wiener Linien online.

All subway stations and trains are almost entirely wheelchair-accessible and most stations have guiding strips for the visually impaired. Escalator and elevator status can be checked in advance on tel. +43 1 7909-100 and on this website.