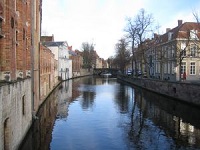 Belgium has a considerable expat population and much of it is concentrated in the capital city of Brussels, which is also the de facto capital of the European Union. There are approximately 10.8 million people living in Belgium and of these, nearly 13 percent were not actually born there. The expat community comprises of businesspeople, families and also many politicians and international diplomats, since the NATO headquarters are located in Brussels.

The cost of living in Belgium is considered to be on the higher side. The city of Brussels also ranks among the top 50 most expensive cities in the globe. But the advantage for expats, especially those coming from EU countries, is that living in Brussels is cheaper than most other capital cities in Western Europe such as London and Paris.Another important factor is that the taxation and social security systems in Belgium are well-structured and ensure a fairly even distribution of incomes. However, people from non-EU countries may feel the strain of the high cost of living, especially on account of the difference between currencies.

Accommodation expenses
A large percentage of the monthly income needs to go towards rent payments. But the cost of accommodation here is reasonable, relative to the average income. Properties closer to the city center are likely to come at higher prices. The monthly rent for a one bedroom apartment in the city center may come at a price of 925 €, while outside of the city center the cost is 696 €. Expats can also buy property in Belgium and the rates are not very expensive. But the closing costs amount to 20 percent of the market value. Therefore it makes economic sense to invest in properties only if you can stay in the same property for about 5 years. There are also utility expenses to consider such as electricity, heating, water and garbage disposal. This usually amounts to an average of 150.45 €.

Food expenses
The approximate prices of daily groceries are as follows;
A liter of milk – 0.85 €
A loaf of fresh bread – 1.50 €
A dozen eggs – 2.29 €
Fruits and vegetables range from 1.05 € to 2.29 € per kilogram.
A meal at an inexpensive restaurant costs about 13.50 €, while a three-course meal for two at a mid-range restaurant costs 60.00 €. These prices are inclusive of VAT and service charges. It is customary to leave a tip for good service.

Other expenses
Buying clothes in Brussels may be quite expensive and it is more affordable to reserve clothes shopping for other cities in Belgium such as Ghent and Antwerp. If you want to join a fitness club, expect to pay about 36 € as monthly fee for one person. Cinema tickets usually cost 9 € per ticket.

Paying taxes
Taxes are likely to take up about one-third of the monthly income in Belgium. This takes the form of salary deductions and is determined by a person’s family situation and if there are dependents. There is a portion of the annual income that must go toward social security. Employers are also required to contribute to social security for each employee. The employer pays the larger part of the social security and this amounts to about 35 percent. The employee’s contribution amounts to 13.07 percent.

Expats are required to pay taxes in Belgium if they primarily live or work in the country and are registered at the local municipal office. This is usually the case for most expats who plan on staying in Belgium. Therefore as tax residents, their worldwide income may be subject to Belgian tax. The good news is that Belgium has a double taxation avoidance agreement with other countries and hence as an expat, you will not have to pay double taxes. Foreigners who are staying in the country on a temporary basis may be eligible for tax concessions as they are treated as non-residents for taxation reasons. Expats may also be able to receive exemptions within certain limits from taxes on housing allowances and cost of living allowances.

Banking
All banks in Belgium charge for their products and services. There may be separate charges for each service such as debit cards, credit cards, and transactions.