Home » Belgium » Health » How Does Cancer Care In Belgium Compare With The UK?

How Does Cancer Care In Belgium Compare With The UK? 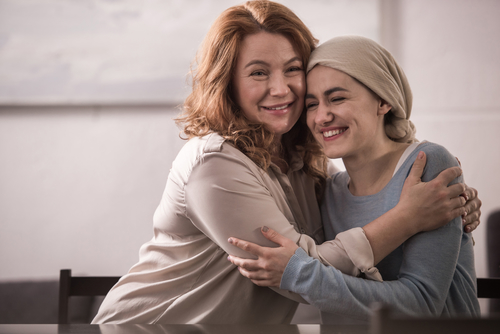 Made up of a group of illnesses that cause uncontrolled and abnormal cell growth, cancer is one of the most difficult diseases to cure in modern times.

Cancer Care in The United Kingdom

In the UK, cancer care has often been touted as some of the worst in Europe, with a report published in 2017 in the Lancet medical journal giving the UK’s quality of healthcare a score of 84.6 out of 100.The journal rates countries on a Health and Quality (HAQ) index by assessing both the quality of treatment and the access patients have to healthcare services. These figures are then put into an index which rates countries based on the number of unavoidable deaths which timely and/or effective medical care could have prevented. The UK achieved top scores in treating cerebrovascular disease and common diseases such as tetanus, measles and diphtheria which are vaccine-preventable. However, when it came to the treatment of cancer, the UK does poorly, partially due to a lack of investment in specialist care.

“It is disappointing that UK survival rates continue to lag behind the rest of Europe. The reasons for this are complex but it is vital people know the signs and symptoms so that cancer can be caught early on and treated effectively.”

Cancer survival in the UK is improving over time, which sounds positive. However, it’s only when treatment is compared to that of other countries that the rate of survival growth can be truly assessed.

Due to challenges involved with collecting comparable data sets, comparing healthcare across countries can be difficult. However, in order to improve in any area, inspiration is needed, which often comes from looking at how other places have successfully improved.

There is a multitude of factors which may prevent early diagnosis, such as:

For the main cancers (lung, breast, prostate, bowel, ovarian, blood and pancreatic) the UK is on par with other European countries. However, with the exception of melanoma – a type of skin cancer – the five-year survival rates for diagnosed patients with nine other types of cancer were lower in the UK than the European average.

Early diagnosis and improved access have the ability to change survival rates, something that is definitely needed as the number of people diagnosed with cancer continues to rise.

A lack of investment in cancer care has meant the UK is lagging behind other European countries in treating the disease. Belgium is one such country.

One of the biggest causes of death in Belgium is cancer. The main types of cancer include lung cancer, breast cancer and colorectal cancer. In 2014 alone, more than 27,000 people died from the disease. This accounted for 23% of deaths amongst women, and 29% of deaths amongst men. 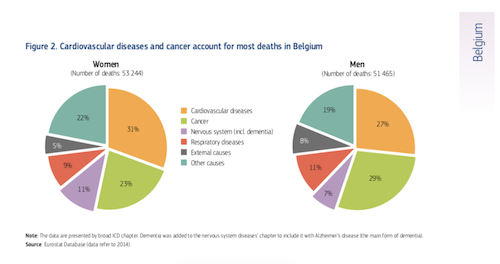 However, whilst the death rate is still too high, Belgium is performing better than the EU average (OECD/EU 2016) for treatable cancers and sits in the top five countries for cancer survival rates thanks to the quality of care available.

The overall expenditure for disease prevention and public health in 2014 accounted for 2.1 percent of the overall health expenditure, which is lower than the EU’s average of three percent. However, the Belgium health system regularly makes contributions to improving its population’s health, especially when it comes to cancer care.

This was proven back in the early 2000s, when a breast cancer screening strategy was introduced to the country, together with programmes designed to improve both the organisation and the delivery of cancer care. This was strengthened eight years later when the national cancer plan was introduced. This plan focused on preventing cancer, diagnosing it early, and treating the disease as fully as possible. Each area had specific targets and additional funding was allocated in order to ensure that the targets were met.

However, this programme was just the beginning, and with the introduction of multidisciplinary team meetings amongst different care providers, the coordination for cancer patients in Belgium has improved greatly. Amenable mortality rates in Belgium are amongst the lowest in most EU countries, which is owed in part to early diagnosis and high survival rates which come from a highly competent health care system which is effective in treating people who have life-threatening conditions.