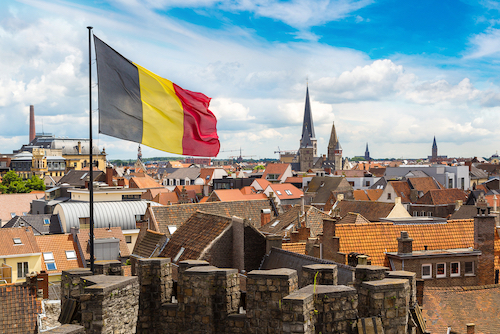 Both Belgium and the UK have a high standard of healthcare and oncological treatment is generally considered to be good in both countries, although there have been contentions that cancer care in the UK lags behind that of other European nations. Macmillan Cancer Support, the UK’s main cancer charity, notes that survival rates are not as strong as elsewhere in Europe. Belgium, meanwhile, is in the top five nations globally for cancer survival rates, although its overall healthcare expenditure remains a little below the EU average.Both nations also have a system of national health insurance coverage, but these systems differ between Belgium and the UK. It is also possible to take out private health cover in Belgium, although the level of care you receive will be roughly the same.

In the UK, national health insurance cover (the NHS) extends to all citizens and is free at the point of delivery: it is paid for out of contributions deducted from salaries.

In Belgium, national health insurance is provided by a group of government-approved private insurers (mutuelles/ziekenfonds) and is not free at the point of delivery. It operates according to a co-pay reimbursement scheme.

What do these differences mean for you if you are accessing cancer treatment in either country, therefore?

If you are an expat living in the UK and you need to undergo oncological treatment, you will need to have resident status in order to qualify for treatment. However, if you are coming from outside an EU member state, and you are planning to remain in the UK for more than six months but not intending to move here permanently, you may be required to pay a surcharge (the Immigration Health Surcharge or IHS) at the time of your visa application. The NHS website says:

“If you are coming to the UK on a temporary stay of more than 6 months, you may be required to pay an immigration health surcharge at the time of your visa application. The standard surcharge fee is:

The full amount will be paid upfront for the duration of your visa. There are circumstances when you do not have to pay the surcharge, such as if you are the dependent of a member of the forces who is not subject to immigration control.”

If you are diagnosed with cancer, and are eligible for treatment, you will be fast-tracked by the NHS into your local oncology department and a course of treatment will be outlined for you by the oncology team. This may consist of surgery, radiotherapy or chemotherapy, and possibly immunotherapy depending on the type of cancer that you have. You will not need to pay out-of-pocket for any treatment that you receive, including any stays in hospital.

Oncological treatment under the NHS involves follow-ups: you will have check-ups with your consultant on a regular basis (e.g. three monthly, followed by six monthly and annual check-ups) after your treatment has finished.

Taking out private health insurance will not make a great difference to the quality of your cancer treatment in the UK: private and public patients alike will receive the same levels of medical care. Nor will private insurance necessarily speed up your access to treatment, since the NHS tends to place a high priority on cancer patients. However, private cover will give you more comfortable facilities, for example, a private room in a hospital.

Cancer is second only to cardiovascular problems in Belgium as a cause of death, but standards of treatment are high. Belgium is currently engaged in some cutting edge research into various forms of the disease and provides first-world levels of care for anyone suffering from cancer, although there have been contentions that the country underutilizes radiotherapy.

Your experience of healthcare with regard to this illness will depend to some extent on your health insurance. Belgium’s health insurance is provided by a group of essentially private insurers (mutuelle in French, or ziekenfonds in Dutch).

These health insurers are private companies, but are approved by the state and heavily regulated. Signing up is mandatory, but once you have been registered with the system, either by signing up with the social security office in person or through your workplace, you will be entitled to all the healthcare benefits that Belgian citizens receive, and this includes oncological treatment and hospital care. 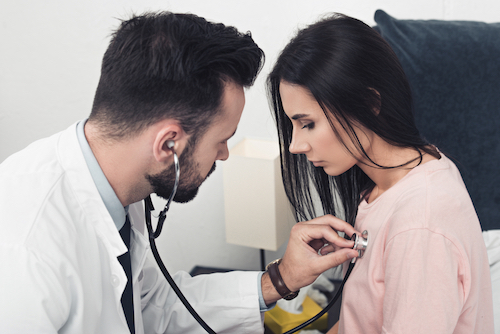 Once you have signed up for healthcare, you will be eligible for the same treatment as Belgian citizens

However, Belgian health insurance operates on a co-pay reimbursement scheme, so unlike the UK, you may find yourself facing some out-of-pocket costs for some of your oncological treatment. Flemish organization Kom op tegen kanker (Come Out Against Cancer) launched a campaign in 2015 to make people more aware of out-of-pocket costs for cancer treatment that were not covered by national health insurance.

Their analysis showed that the average cost to patients in the first year of treatment is €1,838, but that this is substantially higher for a quarter of the patients surveyed, who had to pay €2,800. The organization seeks to support patients who may experience financial difficulties as a result of their illness.

Because of this gap between costs that will be reimbursed by the national scheme, and costs that remain out-of-pocket, some expats choose to take out private health cover in order to have peace of mind regarding their health. In the case of cancer, your ability to take out a private policy is likely to depend to some degree on whether you have had the illness before, and whether it counts as a pre-existing condition: some private policies will not cover the latter.

Standards of medical treatment for cancer care and survival rates appear somewhat higher in Belgium than in the UK, which has a history of more integrated national plans for cancer treatment, but your treatment will cost less in the UK even if you have to pay the immigration health surcharge, and treatment under the NHS is less complex in terms of its bureaucracy than the Belgian counterpart.