Health Risks For Expats In Bermuda 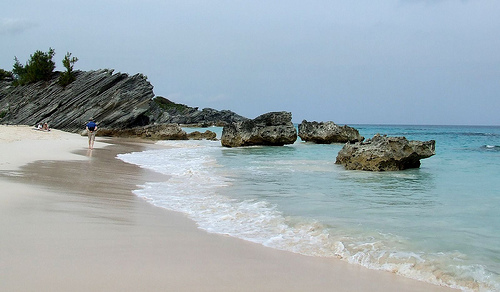 Bermuda is a British Overseas Territory in the North Atlantic Ocean, currently the territory with the highest overall population and also boasting a significant expat population. Although it isn’t really in the Caribbean but further north, off the east coast of the US, Bermuda is often spoken of as a Caribbean island, and is in fact part of CARICOM, an organization that looks after the socio-economic interests of Caribbean nations.Expats moving to any of the Caribbean islands are often concerned about health risks, due to the combination of socio-economic factors and climate. Bermuda however is rather prosperous – poverty and unemployment are low, and the per capita income is among the highest in the world. In addition, Bermuda has a subtropical climate, which means that it escapes many of the health risks associated with the tropical climate.

The standard vaccines are usually recommended for anyone travelling to Bermuda. These include MMR, tetanus, chickenpox, annual flu shots, and so on. Then, depending on exactly what you’ll be doing in Bermuda, you might need some additional vaccines. The best thing to do is to consult your doctor at least a month before you leave for Bermuda. He or she will be able to tell you exactly what shots you need.

Contaminated food is usually not a problem in Bermuda. The water supply in Bermuda is also quite safe, so water-borne diseases generally aren’t a problem either. Houses typically harvest rainwater, and during the cooler months, when there is plenty of rain, this means there is an abundant supply of fresh, clean water. Hotels and other establishments often chlorinate their harvested water or treat it in some other way, but most households use their water as it is, without any issues. During the drier months, there may be water shortages, but most people then buy water from a water delivery company, which is expensive and often inconvenient, but also quite reliable and safe.

Of course, cases of typhoid and food poisoning are not entirely unheard of, so a normal, reasonable amount of caution is advisable – don’t eat or drink at places where you have good reason to be unsure about hygiene levels.

Cockroaches can be a problem in Bermuda, so the usual precautions need to be taken to eliminate them and keep them away from your house. Ants too are a problem in some areas, but while they can be a nuisance, they are usually not as potentially harmful as roaches can be (although the latter too are mostly harmless). Mosquitoes aren’t a major problem in Bermuda, except for certain areas and at certain times of the year, which means that malaria isn’t a concern either.

There are bats in Bermuda, and they are known to sometimes have rabies, but for most residents, there is no real risk of an encounter. However, if for some reason, whether work or leisure, you expect to be spending time in caves and/or around bats, you should speak to your doctor about getting vaccinated.

The Portuguese Man O’ War is the one risk that all expats probably do need to be aware of, since they’re likely to spend a fair amount of time at the beach. This strange-looking creature is commonly called a jellyfish, although it isn’t one; however, all you really need to know is that it is venomous, painful, and dangerous, and that you may sometimes see it floating on the water or washed up on a beach.

Pollution, allergies, and other concerns

Another beach-related concern in Bermuda is sunburn and sunstroke. This of course isn’t unique to Bermuda, but the easy access to great beaches means that expats from colder climates sometimes forget to take any precautions until after a couple of episodes of sunburn.

Pollution isn’t a major problem in Bermuda, although there have been recent concerns about pollution of local ponds and beaches. However, these are more long-term environmental concerns, and while they definitely do need to be addressed, in general the air and water quality is good. Summer allergies like hay fever aren’t a problem either, since the sea breeze tends to carry any pollen off the island.