Home » Brazil » Health » The Zika Virus – What Do Expats In Brazil Need To Know?

The Zika Virus – What Do Expats In Brazil Need To Know? 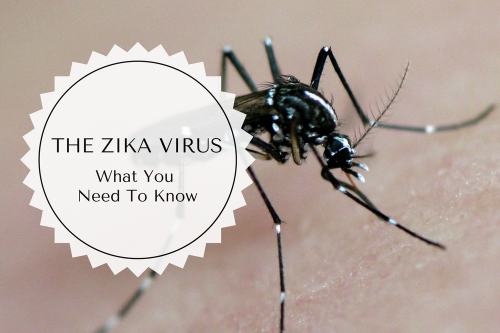 The Zika virus has been in and out of the news over the last several months, with the World Health Organization (WHO) issuing alerts of potential outbreaks across several South American countries. There is evidence of the virus in 18 countries and regions in Latin American and Caribbean territories.The Aedes mosquito, the carrier of the Zika virus, is known to exist across almost the entire American region, except for Chile and Canada. The Pan American Health Organization (PAHO), the international public health agency and regional arm of the WHO, in charge of improving the health and living standards of individuals in the Americas, has warned that the Zika virus could potentially spread across all the territories where the Aedes mosquito is found.

The spread of the Zika virus has made expats aware of the need to stay informed about potential dangers. When moving to a new destination, it is important to keep track of hidden dangers that are often not listed on tourism and immigration sites. While fear mongering is undesirable, the need of the hour is to equip oneself with facts and verified information from trusted sources. The Zika virus is not life threatening, but it has been linked to microcephaly, a condition in which babies are born with smaller heads due to incomplete brain development. Before travelling or moving to Brazil and other affected countries, expats must visit the World Health Organization website for a list of tropical diseases. It’s also a good idea to consult a doctor or local hospital about possible vaccinations that you require (although the Zika virus does not have a vaccine at the moment). The Center for Disease Control provides a list of destinations and required vaccines.

What is the Zika virus?

Similar to Dengue, which is also spread by mosquitoes, the Zika virus has certain telltale signs such as fever, conjunctivitis, headaches, rash and myalgia. Affected individuals may experience only mild symptoms, which may last for a period of two to seven days. The Zika virus does not have a vaccine, and treatment for the disease generally involves alleviating the symptoms. Proper rest and good hydration is also necessary, in order to prevent dehydration. Painkillers and medication for the headaches and fever may also be prescribed. Prevention of the disease includes certain measures such as avoiding mosquito bites by wearing clothing that covers the skin, use of insect repellants, and installing mosquito screens or nets on doors and windows at night. Since mosquitoes breed in stagnant water, any standing water must be discarded.

The Aedes genus of mosquitoes, which are the carriers of the virus, can breed in even a small amount of water. They are likely to bite during the daytime. They take multiple bites per blood meal. The Aedes albopicturs mosquito can also carry the virus, although it mainly bites animals.

Not everyone who contracts the Zika virus gets sick. Those who do experience symptoms may experience mild sickness. The symptoms may continue for several days to a week. CDC research indicates that Guillain-Barré syndrome (GBS) is associated with the Zika virus. This is a rare condition that can lead to muscle weakness and paralysis that can last for several weeks, sometimes up to several months. A small number of people with Zika infection are known to suffer from this condition. Full recovery occurs in most cases, but in a small number of cases, there is permanent damage.

The Zika infection is known to be a silent infection, and difficult to diagnose. There is, at present, no test that can be conducted in a doctor’s office. Diagnosis is done on the basis of further testing, which can actually delay the diagnosis. The virus can be detected in blood or urine samples within the first couple of weeks after symptoms appear. Since the disease is linked to dengue and yellow fever, antibody tests can sometimes yield false positives and negatives, especially in areas where these diseases are prevalent.

Microcephaly is a condition in which a baby’s brain has not developed properly during pregnancy. As a result, the head appears smaller. During the course of a pregnancy, a baby’s head grows along with the development of the brain. It is also possible for the brain to stop growing following birth. Microcephaly can either occur on its own, with no other birth defect; or it can occur along with other major birth defects. The number of babies born with microcephaly has increased, and microcephaly has been linked to contracting the Zika virus during the first trimester of pregnancy. There are approximately 25,000 babies affected annually.

The malformation may also be associated with other symptoms like slow development, feeding issues and convulsions. The symptoms can be mild or severe, and can also be life threatening. Studies have shown that the Zika virus poses risks for pregnant women. While there is an increasing amount of data to suggest that some pregnant women with the Zika infection will have babies with developmental problems, not all pregnant women who contract the virus will have pregnancy complications or babies with birth defects.

PAHO has advised countries where the potential risk of Zika virus infection exists, to have facilities ready for an increasing number of cases of neurological symptoms. It has also recommended that there may adequately equipped facilities for prenatal care. The need for raising awareness in the public has also been stressed. Apart from Brazil, other countries potentially at risk for a spread in the Zika virus include Mexico, Colombia, Barbados, Puerto Rico, Panama, Venezuela and Saint Martin. Pregnant women are advised to consult with their doctor during the entire course of pregnancy. Expats living in Brazil and the Americas should see their doctor if they detect symptoms, or are worried about contracting the virus. It is also helpful to speak to your medical insurance provider about health coverage for the Zika virus.

As of now, there are reports of local mosquito transmission of the Zika virus in Brazil. This means that mosquitoes in the region are carriers of the virus and are transmitting it to humans. The Centers for Disease Control and Prevention (CDC) have recommended that travelers to Brazil protect themselves from mosquito bites. The mosquitos carrying the virus are not known to live at heights over 6,500 feet, therefore those traveling to places above this height are at a lower risk of contracting the Zika virus. However the risk of transmitting the disease through sex still exists.

The Zika virus and pregnancy

The infection can pass from pregnant mother to fetus, and can be the cause of birth defects. The guidelines for pregnant women to protect against the Zika virus include the following.

– Avoid travelling to areas of Brazil that are below 6,500 feet. The CDC website includes a map of these regions.
– If it is necessary to travel to such areas, consult your doctor beforehand and take measures to protect against mosquito bites during your stay.
– If your partner has traveled to Brazil or lives in Brazil, practice safe sex by using condoms or other barriers that can prevent spread of the infection, or do not engage in sexual relations during the course of pregnancy.
– Women who are trying to become pregnant must speak with their doctor in advance.

Initially physicians in Brazil were of the opinion that the infections that occur during the first trimester were riskier because women who were infected in that time gave birth to infants with microcephaly. But later studies found that women who were infected later on in their pregnancies also experienced serious complications. Some research indicates that children, who do not suffer from microcephaly, may still experience serious effects such as learning difficulties, deafness, blindness and maybe even mental difficulties later in life.

Since there is no vaccine or cure for Zika, prevention is the best course of action. Here are some steps that expats can take to protect against the virus.

– Since the disease is spread through mosquito bites, it is important to cover any areas of exposed skin by wearing long pants and long-sleeved shirts.
– Keep mosquitoes at bay with EPA-registered insect repellants. Insect repellants containing DEET, picaridin, oil of lemon eucalyptus or IR3535.
– EPA-registered insect repellants are safe for use by pregnant and breastfeeding mothers. However, it is necessary to read the product labels and follow the instructions.
– Most repellants, including the ones containing DEET, are safe to use on children above the age of two months. Oil Of Lemon Eucalyptus or OLE should not be used on children under three years.
– Permethrin Treated Clothing is helpful in protecting against mosquito bites. Pre-treated clothing and gear like boots and tents are available for purchase. It is also possible to pre-treat them yourself.
– Expats in Brazil and other at-risk areas should try to remain in air-conditioned places, and where the doors and windows are covered with screens. If this is not possible, sleep under a mosquito net.
– Infants under the age of two months can be placed in carriers, cribs or stroller protected with mosquito netting.
– Since the Zika virus can be transmitted through sex, it is important to use condoms or other barrier methods.

After returning from travel

Since in many cases, infection by the Zika virus does not lead to any symptoms of sickness; upon returning from travel to Brazil, it is still necessary to take protect against mosquito bites. This is because if a mosquito bites an individual infected with the virus, it can spread the disease by biting another individual. Therefore precautions should be taken for up to three weeks. Those returning from travel to Brazil with a pregnant partner should use barrier methods to prevent the virus from spreading through sex, or should avoid having sex for the rest of the pregnancy. Condoms should be used for up to eight weeks after returning from Brazil, to avoid infecting sex partners. Men diagnosed with the Zika infection are required to use condoms for a minimum of six months, while women with symptoms should use condoms for up to eight weeks after the first signs of infection.

Those returning from Brazil and planning to become pregnant need to first speak with their doctor or healthcare provider. Men should wait for a period of eight weeks before trying to conceive. If they have experienced Zika symptoms, they are required to wait for at least six months. Women need to also wait for up to eight weeks before trying to become pregnant.

When to see a doctor

If you think you may have the Zika infection or feel sick, it is important to see a doctor. Some of the symptoms, which warrant medical attention, include fever along with a rash, achy joints and red eyes. Explain to your doctor about your recent travel to Brazil or other Zika-affected countries. Fever and pain can be relieved with the help of acetaminophen. Drink plenty of water and liquids to stay hydrated and get enough rest.

Pregnant women need to see a doctor if they experience fever, rash, joint pain or conjunctivitis. All pregnant women who have recently travelled to Brazil, or have had sex with a partner returning from Brazil, should be tested for exposure to the Zika virus at their prenatal care visits. The kind of testing depends on where the last possible exposure took place and when symptoms started occurring.