The Best And Worst Countries For Making Friends Abroad

When you decide to make a new country your home, you invariably leave some friends behind in the process. Of course, with technology the way it is these days, it is easier than ever to stay in touch with those important people back home. However, email, text and video calls are poor substitutes for real contact with friends. Migrants may struggle to make friends when they move abroad; according to a survey conducted by Expat Insider, 45% of expats stated that making friends with local people in their new country was easy, meaning 55% struggled.

The survey asked more than 18,000 expats for their take on living and working abroad. The results have helped to highlight the destinations where it is easier or harder to make friends as an expat.

Here are the top 10 countries for making friends.

Mexico
A massive 82% of expats who had been asked if they found it easy to make friends in Mexico responded positively, which is 25% higher than the global average.

Bahrain
With 77% of respondents finding it easy to make friends in Bahrain, the lack of language barrier may be useful here; 94% of people surveyed agreed that it is easy to live in Bahrain without speaking the local language.

Serbia
Interestingly, a higher percentage of expats living in Serbia found it easier to make new friends (73%) than were happy with their life in general (71%).

Costa Rica
In the same survey back in 2017, Costa Rica topped the list but now places fourth, which is still not a bad effort. Unsurprisingly, 89% of expats find the Costa Rican people friendly, a marked increase on the global average. 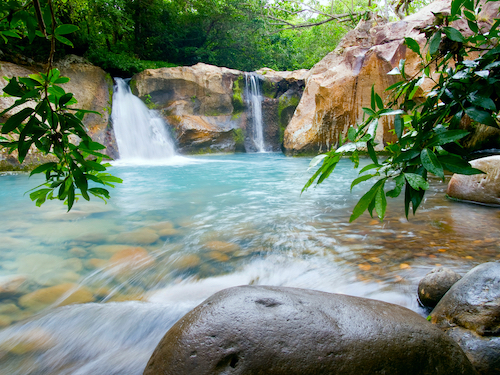 Costa Rica is one of the friendliest locations for expats.

Ecuador
Ecuador has risen from 11th to 5th place in the space of 12 months, with 77% of expats now saying they find it easy to make friends in the country.

Uganda
Ranking in the top 10 countries for its fourth consecutive year, Uganda is clearly a fantastic place to be when it comes to making friends.

Colombia
Almost three-quarters (73%) of expats surveyed find Colombian people easy to befriend, with 35% going as far as saying that the majority of their friends are local people.

Taiwan
Some 76% of expats find it easy to make friends in Taiwan, which is 19% higher than the global average. This may have something to do with the fantastic leisure activities and social scene on offer in the country.

Israel
Rising impressively from 26th place last year to take the ninth spot this year, an above-average share of expats find it easy to make new friends in Israel (73%).

Portugal
Rounding off the top ten is Portugal, where 75% of expats find it easy to make new friends and 64% extend that to making local friends.

At the other end of the scale are the countries ranking bottom for making friends; the top 10 of which are (in ranking order from highest to lowest):

Expat Insider reports that in every survey it has conducted over the past five years, Norway, Kuwait, Switzerland, Saudi Arabia, Denmark and Sweden have consistently ranked in the bottom 10 for friendliness. Looking at the results suggests an interesting trend – that is it hard to make friends in Nordic and German-speaking countries. 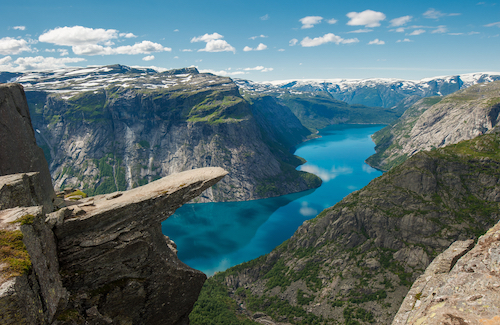 The Nordic countries didn't rank highly in terms of friendships.

Expats have reported that local people in Estonia, Saudi Arabia and Kuwait are unfriendly towards expats, which may explain their consistent low ranking in these charts. Migrants in German-speaking countries felt similarly.

Nordic countries seem to always perform badly and, this year, Sweden is bottom of them all. More than half of expats in Sweden (51%) struggled to make new friends, which is quite a bit more than the next Nordic country in the list – Finland (37%).

Here are some tips for if you are currently living abroad and struggling to make new friends.

Be active online
Joining online expats groups based in your local area can put you in touch with people you may otherwise not get the chance to meet.

Be true to yourself
If you meet a potential new friend but they keep wanting to include you in activities that are out of your comfort zone, don’t be afraid to say no. Staying true to your character and beliefs will make everything easier in the long run and give you the best chance of happiness and genuine friendship.

Be friendly without being pushy
Met someone you like, maybe at work? By all means, be friendly, but try to resist becoming pushy. This can be particularly tricky for expats if there are language barriers or cultural differences. 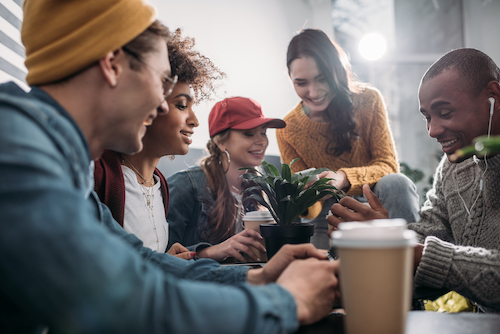 Work and hobbies are two ways to meet new people.

Be honest when things aren’t working out
Being stuck in a friendship that isn’t making you happy is not worth your effort. Be honest if you feel you have nothing in common.

Remember that sharing a nationality doesn’t necessarily mean you have anything in common
Expats often find that local people will go out of their way to introduce people of the same nationality, misguidedly assuming that they will automatically be best friends. Of course, there’s nothing to say that you won’t find your new bestie this way, but don’t be hard on yourself if the whole thing is a nightmare and you don’t actually like your home-nation comrade.

Find a hobby and get out and do it
Sports are great for this, but almost anything will do. If you have a passion, make the effort to follow it and join local groups where you will find like-minded people.

Remember that friendships take time
Keep your expectations realistic; just because you’ve met up with a new friend a couple of times and they aren’t yet bouncing around with enthusiasm at spending time with you doesn’t mean that those feelings won’t grow. A lot of friendships stem from shared experiences and, as a result, they take time. If a potential friendship feels right and full of promise, work at it.


Do you have any tips for expats who are looking to make friends in their new homes? Share your thoughts in the comments below!
Read more expat general articles or view our latest expat articles
Discuss this article in our forums or Facebook groups