Home » Canada » Health » How Does Coronary Care In Canada Compare With The Rest Of The World?

How Does Coronary Care In Canada Compare With The Rest Of The World? 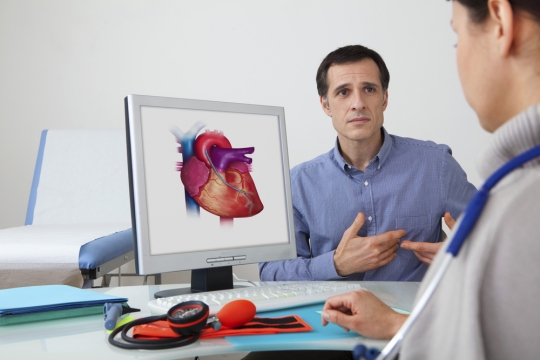 In the developed world, the leading causes of death are usually preventable diseases linked to lifestyle. Cancers and heart diseases connected to poor diet and obesity have been the subject of public awareness and education campaigns.

Heart disease is a leading cause of death around the world. According to a 2017 study published in the Journal of the American College of Cardiology, cardiovascular disease and stroke account for a third of all deaths around the world.Big advances in emergency cardiac care as well as medication for existing conditions have led to a reduction in heart-related deaths. However, the sheer volume of heart attacks and strokes are now overtaking these treatments.

Dr Gregory Roth, assistant professor of cardiology at the University of Washington School of Medicine said: “trends in cardiovascular disease mortality are no longer declining for high-income regions. [The disease] is an alarming threat to global health.”

The study reveals that not only does the developed world lead in terms of cardiac fatality, but that middle and low-income nations are also seeing an increase in deaths from heart disease.

If the instances of cardiovascular disease in the developed world are increasing so rapidly, what are researchers doing to beat it? And if the rest of the world is going to face a rise in heart health cases, what can those countries learn from the world’s best healthcare providers?

Canada has one of the world’s foremost universal health care regimes, providing cradle-to-grave care across all provinces and territories, and spending around 10 percent of GDP on the system.

Despite spending more than CAD$160 million a year on health care, heart disease is still one of leading causes of death in Canada.

One in 12 Canadians live with heart disease

That’s about 2.4 million adults over the age of 20 with some form of cardiac disease. And every hour, 12 of those people sadly die.

While these numbers sound large and scary, compare them to the United States. A 2016 study revealed that 28.1 million adults in that country live with a diagnosed heart condition, which is 11.5 percent of the US population.

Canada does a lot to monitor heart health

The Canadian Chronic Disease Surveillance System (CCDSS) is a network that links regional computers in order to build a detailed picture of what is happening at a national level.

About 97 percent of the Canadian population are followed by the system, which allows patterns and trends to be scrutinised.

Although the system follows all manner of health details, it has proved especially useful for rationalising the data-handling of complex diseases. CCDSS allows policy makers to understand how many Canadian people are living with heart disease and their likelihood of having secondary complications, as well as identifying the most vulnerable people in the population.

Fewer Canadians are being diagnosed with heart disease

Compare that to the UK, which has a much smaller population. Every year, the NHS diagnoses 25,000 new cases of heart disease, and every seven minutes someone in the UK has a heart attack.

Meanwhile, in the United States, more than 90 million citizens carry a diagnosis of some kind of cardiovascular disease.

Canada is aiming to reduce heart disease by 2035

Canada hopes to avert 215,000 fatal cases of cardiovascular disease by 2035, using a campaign of preventative medicine and education. It is estimated that this would save the Canadian Health System CAD$34.8 billion.

On the other hand, American doctors are ringing alarm bells for 2035, when they predict that 45 percent of American people will have at least one heart-related condition. This translates to about 131 million people, or CAD$982 billion, in direct treatment costs by 2035.

There are many factors which influence life expectancy, with heart disease being just one.

Canadian males who were born in 2018 can expect to live to 80, while females should reach 84. Females born in the United States will make it to 81, whilst males are expected to top out at 76.

Fewer Canadians are being killed by heart disease

As we saw above, fewer Canadian people are being diagnosed with heart disease, and those who are having heart attacks have an improved chance of surviving. The death rate for Canadians with known heart disease decreased by 20 percent between 2001 and 2013.

By contrast, heart disease is still the number one killer in the United States, with figures from 2015 stating that it caused 844 deaths per 100,000 people, resulting in a total of 633,842. That equates to one American person dying from a heart attack every minute. Life expectancy is actually dropping in the US, with a 0.1 year reduction between 2015 and 2016.

There’s a lot to be said for universal healthcare. Despite accusations that it leads to inefficiency and rising costs, Canada’s model compares favourably with that of the US.

The cost per capita for treating cardiovascular disease works out to CAD$234 for Canada and a whopping CAD$1,071 for US patients. Across the EU, this number averages out to CAD$221.

These costs add up rapidly when multiplied by the number of individuals getting treatment; Canada totals CAD$21.2 billion, with the US at a stonking CAD$403.1 billion.