The land known as the Parque Natural de la Mata y Torrevieja belongs to the state, and parts of it are rented to vineyard owners. In 1988 it was declared a protected area and a year later declared a National Game Reserve. In 1995 it became a Parque Natural.It is the southernmost nature park in Valencia province and covers an area of 3700 hectares, 2100 of which are water.
It is important for its vines, its salt, its bird population, its vegetation, and its tourist attractions which include regular educational talks and accompanied walks.

The park vegetation is either natural or cultivated vines, which have withstood plagues due to the salinity of the air and soil. The vines are irrigated naturally by rain and dew, and the grapes are either made into vinegar or wine. A recent project focussed on developing a quality white wine, supervised by an expert.

The water of the lake – a salt lagoon- enters through a canal leading from the sea through the park, propelled by gravity is controlled by a lock. It is important to keep the balance of salt and water level correct. Fish and shellfish enter in this canal. Salt water is then pumped underground from La Mata lake into Torrevieja lake, where the salt sinks to the bottom of the water and becomes solid blocks which are extracted and washed at least three times to remove all mud.

These blocks are cut and lifted with special tools onto a conveyor belt to the harbour. From there they are transported to northern Europe and worldwide. Torrevieja lake is the second largest salt producing lake in the world. The salt is used in households for cooking, in the construction industry for roads and in the chemical industry.

The area around the lake was divided into strips of land, like allotments, and watch towers stood to prevent thieves from stealing the highly sought-after salt.

La Mata was once a centre for soap production, as the plants around the lake are particularly useful for their tolerance of highly saline soil. Esparto grass also used to be cut and used to make baskets and sandals.

A large number of ducks take refuge in the Parque Natural during the hunting season, and it is an important resting place for migratory birds. There is a variety of terrain such as marsh zones, reeds and rushes, and woodlands, which means a range of habitats for the birds, of which there are over 100 species, including avocets, black-winged stilts, terns, gulls and grebes. Flamingos are frequent visitors, and kestrels, cormorants, herons and ospreys can be seen.

There is a picnic area known as the Pinada where from time to time we can see badgers, lizards, squirrels, snakes, and further varieties of birds including hoopoe, fly catchers and woodpeckers.

One source of food which is of particular interest is the artemis salina, a tiny crustacean on which numerous birds feed, including flamingos, which scoop up volumes of them when they stoop to immerse their beaks. A further food source is the larva of the chiromoid mosquito. 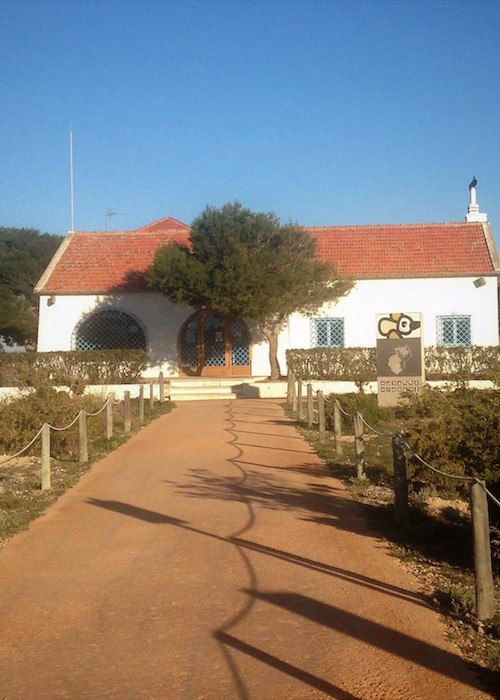 Aleppo pine trees and other pines provide shade in the hot summer months, as well as eucalyptus. Esparto grass and iris, wild gladioli, marigolds, daisies and poppies can all be seen in Spring, visited by swallowtail and marbled white butterflies. The dangerous processionary caterpillars also make a regular annual appearance and we have to be careful to watch out for them when walking with our dogs and little children.

La Mata lagoon was used as early as the C14 when the Crown gave it and Torrevieja lake to Orihuela to develop a possible fishing industry, but the idea never took off as the water was too salty even for the fish. In the C18 the State took the lake over and that’s when the salt industry was born. Eventually salt extraction moved to Torrevieja lake.

There are two main walking routes: one of them is enhanced with hides for birdwatchers and a picnic area for visitors, and the other is a cycle route which rises to the dovecotes on top of a gentle hill. The cycle track is some distance from the edge of the lake so as not to disturb the water fowl.

An information and research centre at the park entrance has display boards about the park, a model artemis salina, and photographs of some of the birds to be seen. Various ecological and educational projects and activities are organised from here, including re-introduction of certain species and monitoring of others.

There is a group of mixed nationality volunteers who support the work of the park wardens. They meet at 10.00 a.m. in the park office on the first Saturday of every month excluding August to discuss plans for projects undertaken jointly with, or under the supervision of, park personnel.

Among their duties are patrolling the paths for signs of damage or abuse of park rules (e.g. dogs off leads), litter picking, removing invasive species and planting indigenous ones, surveying the park’s flora and fauna, protecting shelducks from predators, making wooden signs, placing nesting boxes on trees, and counting and monitoring species of birds and plants. They also participate in regional events related to their work in the park, and they enjoy a lively social life. New members are always very welcome! Their blog site is here.