A Healthcare Guide For Expat Retirees In Costa Rica 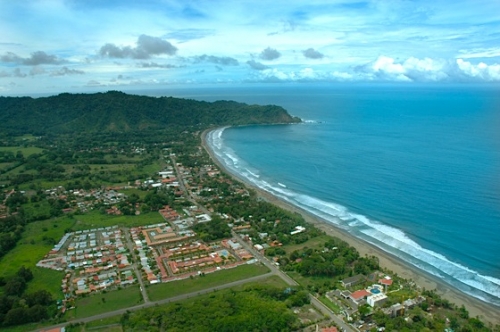 Not only is public healthcare relatively cheap but the standard of living for expats there is also very good.

Costa Rica has some of the best medical facilities to be found in Latin America the country has two healthcare systems that they can access.

Among the surveys placing Costa Rica as a great place for expat retirees is the magazine International Living, which places the country regularly in its top 10 and in its latest survey it came fourth in the world.The magazine highlights that the country has been hosting growing numbers of retirees, as well as expats working there, for 30 years or more where they have enjoyed a better life than in their home country.

Though it has no army, Costa Rica is a stable and safe country that is welcoming to foreigners.

The magazine also points out that the Costa Ricans are happy and friendly and lead a laid-back life which means living there is a relaxed and stress-free existence.

Of the country’s two healthcare systems, the first and most popular system is government-run and it is a universal healthcare offering which expats and retirees can access.

There’s also a private healthcare option; both are constantly being improved and developed and most expats tend to use a combination of the two.

It helps also that many doctors working in Costa Rica speak good English and have trained overseas, usually in the US.

The universal healthcare system run by the government is known as Caja Costarricense de Seguro Social (CCSS), though most people tend to refer to the system as ‘Caja’.

While the healthcare is cost-effective, it can be overstretched at times but it serves the country well and the network of clinics and hospitals is impressive.

Expats moving to Costa Rica also need to appreciate that waiting times, particularly for non-life-threatening procedures, can be quite lengthy so those who have private healthcare insurance may decide to utilise this.

To gain access for free treatment, expats must be legally recognised residents of Costa Rica and they will be able to enjoy free check-ups and prescription drugs and also some major surgeries.

The Caja system works because everyone pays a monthly fee, which is between 7% and 11% of their income, while dependent spouses are also offered coverage.

Tourists and visitors to Costa Rica can access the country’s public healthcare service only for emergencies.

In addition to the universal healthcare offering, Costa Rica offers an impressive private healthcare system too which delivers a higher standard of care and access to speedier services for a reasonable cost.

Some expats may question whether the extra expense is worth it, but it is relatively affordable compared to private healthcare fees in North America and Europe, for instance.

It’s also possible under the country’s private healthcare system for expats and other patients to pay in cash or use insurance cover to pay for their treatment.

However, expats should also appreciate that should they pay in cash, their medical fees and costs will be a fraction of what they might expect to pay in other countries, particularly in the US.

Despite these low costs, expats who are looking to move to Costa Rica, including retirees, are advised to consider taking out comprehensive health insurance policies.

It should also be appreciated that some Costa Rican health insurance providers may only offer cover to expats who have gained legal residency.

Also, should expats need to buy medicines from pharmacies, then Costa Rica has lots of them which tend to be well-stocked and most medicines are available. Those that are not can be easily ordered.

However, many expats will also quickly learn that the regulations covering prescription medicines are not as restrictive as they are in North America, Australia or Europe; the only drugs that require a prescription are psychotropic drugs and antibiotics.

For this reason, many local people tend to consult their local pharmacist first rather than heading to a hospital or clinic. Pharmacies, unlike in many other countries, tend to play a large part in everyday Costa Rican life.

Some expats considering retiring to Costa Rica should appreciate that gaining residency is straightforward since they will need a pension of just $1,000 (£807) every month which covers them and a dependent spouse.

The healthcare systems in Costa Rica offer lots of attractions to retirees including having the latest technology and doctors trained to deliver the latest medical techniques.

It helps too that Costa Rica is actively promoting itself to the world of medical tourism so it attracts large numbers of those who are looking for high quality and yet affordable procedures.

Also, for expats who decide to move to the country, they will find communities of expats dotted around and while many head for the coastal areas, or the country’s Central Valley, some also head to more remote areas.

Wherever they go, there are good quality hospitals available and it’s reassuring to know that the World Health Organisation in their 2000 report (the latest available) listed the country as being the 36th best in the world for their healthcare system provision.

While that is still reassuring to know for expats, there’s no doubt that the quality of healthcare being offered in Costa Rica is a big attraction and the fact it’s cost-effective and of high quality means moving there is going to be a good step regardless of whether expats need medical treatment but knowing it’s one of the best and cheapest must be an attraction in itself.