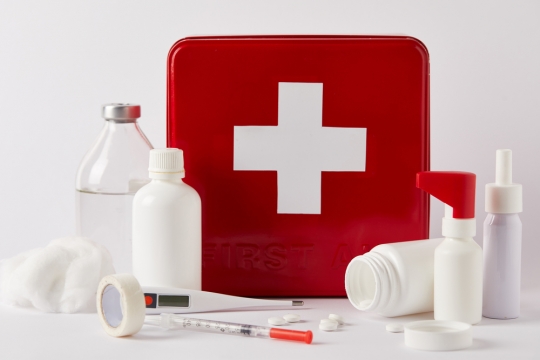 Two unvaccinated American children have fallen ill with measles in Costa Rica’s first native outbreak since 2006. The airborne virus is highly contagious and is spread by an infected person coughing or sneezing. It is thought that the children contracted the disease from an American woman who had visited the family earlier in March.Four of the family’s nine children were tested for measles after presenting with a skin outbreak and high fever – other early symptoms include a cough, runny nose and red eyes. Of the four tested, two were diagnosed with measles; the entire family of 11 have since been held in quarantine to prevent the disease spreading further. This case serves as an important reminder of what actually happens when we choose not to vaccinate our children.

Why Do We Vaccinate?

As previously mentioned, measles is highly contagious. However, in addition to this, it can cause serious complications, particularly to the most vulnerable members of society. Common complications from measles include diarrhoea and ear infections, the latter of which occurs in around 1 in 10 cases and can result in permanent hearing loss. Some people suffer from even more severe complications as a result of measles, including pneumonia and encephalitis (swelling of the brain). According to the American governmental body CDC (Centers for Disease Control and Protection), as many as one in 20 children with measles contracts pneumonia, from which they are almost always hospitalised and could even die.

Other highly preventable yet serious illnesses include whooping cough, influenza and chickenpox. In the UK, measles (alongside mumps and rubella, to form the MMR jab) is vaccinated against around the age of the child’s first birthday with a top-up for pre-schoolers prior to starting school. The influenza vaccine is offered to children aged two and three as well as to children in school, from reception class up to and including Year Five. This jab is also offered to adults over the age of 65, pregnant women and anyone with a suppressed immune system. Whooping cough is vaccinated against alongside diphtheria, polio and tetanus as part of the childhood vaccine programme in the UK.

The sole objective of this programme is to protect children and wider society from contracting harmful diseases and it is proven to work when the majority of individuals who are eligible for vaccination actually receive their inoculations. As a result, in 2016, the UK was proven to have successfully eliminated measles, meaning that it is no longer native to the country.

Prior to the invention and implementation of the measles vaccine in 1963, it is estimated that the virus caused 2.6 million deaths worldwide each year, which is in stark contrast to the 110,000 people who died from measles in 2017, the majority of whom were children under the age of 5 who are eligible for the safe and effective vaccine which is now available.

Why Do Some People Choose Not To Vaccinate?

For a generation who largely do not have first-hand experience of many of the diseases they are asked to vaccinate their offspring against, there is rising distrust in the usefulness of those vaccinations. With measles eradicated in many Western countries, parents may feel that there is no need to vaccinate their children against it, fearing side effects from the vaccine itself.

However, this mindset fails to recognise human migration. Cases are reported every year of unvaccinated individuals contracting preventable diseases such as measles due to either travelling to a country where the virus has yet to be eradicated or by coming into contact with an infected individual closer to home. It is important to remember that these diseases are airborne and do not require close proximity to be transmitted; for example, it would be possible (indeed, highly likely) for an unvaccinated individual to contract measles on public transport if an infected person were to cough or sneeze in the same carriage.

Another misconception from people who choose not to vaccinate their children is that giving a child multiple vaccinations for various diseases simultaneously can increase the risk of harmful side effects. However, this idea is wholly unproven.

Additionally, there are groups of people with religious beliefs who oppose vaccination. Religious objections to vaccines are generally based on one of two factors: the ethical dilemmas associated with using human tissue cells to create vaccines, and the specific belief that the body is sacred and should not receive certain chemicals or should be healed only by God or via natural means. For example, the Catholic Church, whilst recognising the value of vaccines and the importance of herd immunity, asserts that its members should seek alternatives to vaccines which are made using cells derived from unborn foetuses.

What Happens When We Leave Our Children Unprotected?

As demonstrated in Costa Rica, unvaccinated individuals are at risk of contracting preventable diseases, which leaves them potentially prone to a wide range of serious illnesses and their associated complications.

Furthermore, children who are not vaccinated can transmit these diseases at school and within the wider community, affecting, for example:

• Babies who are too young to be fully immunised;
• Individuals of any age who are unable to be vaccinated for medical reasons. This includes children and adults with leukaemia and other cancers and those with compromised immunity or problems with their immune system.

In short, what happens when we fail to vaccinate our children is that people die. The number of children in the US who are not vaccinated against preventable diseases such as measles has quadrupled since 2001 and this is a worrying trend worldwide. The World Health Organisation (WHO) recently warned that reported cases of measles – and associated deaths – spiked in 2017 due to gaps in vaccination coverage, which resulted in severe outbreaks occurring in multiple countries.

If you have any further questions or would like to seek more information on the subject of immunisations and their importance, visit the World Health Organisation for the latest news and most up to date advice.