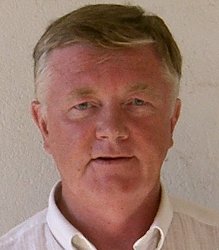 Since breaking free from Jugoslavia in the early nineties, Croatia has worked hard to rebuild the tourist industry that it was famous for in the seventies and eighties. Under the slogan ‘ The Mediterranean as it used to be’, it has moved steadily ahead.

Following concerns by their tourist authorities, who had seen for themselves the effects of over development of the Spanish coastline, the country moved to protect its amazing coastline and put restrictions on development directly on the coast and even certain restrictions on developments up to 1km back. They also realised that if they were to have sustainable tourism, they would need to consider the best use of what they had to offer. The outcome of this has been to move towards higher net worth tourism, attracting a wealthier type of tourist and working at this.Places like the Italianate Istria were ideal. The Northern part has a wonderful hinterland, redolent of Tuscany or Umbria, with fascinating hilltop towns, like Grosnjan and Motovun with jazz and film festivals. The vineyards and olive groves surrounding traditional stone houses were many people’s dream location, especially when it was such an accessible region.

Ryanair fly all year round into Trieste, just across the border in Italy and have flights in to Pula, in Istria, during the summer, whilst Thomson fly there from regional airports like Bristol and Manchester. Even Venice is only a couple of hours away, by car or hydrofoil and both Easyjet and Ryanair fly there, including flights from places like Liverpool. For people coming from further afield, Zagreb airport is 3 hours away from Istria, and Ljubljana, in Slovenia, slightly less. Both are linked to Istria by modern motorways, as is Venice.

The infrastructure has been steadily improving, as new motorways have been built, designed by Britain’s Ove Arup, and Broadband and GSM wireless internet access are now widely available. The new marina at Novigrad complemented the existing ones at Pula, Vrsar and Umag. Savudrija hosted Istria’s first five star hotel, followed by another at Rovinj. Three new golf courses have already got permission and the 18 hole Kempinski one in Savudrija is already open.

In the wake of this, property prices have been increasing steadily. Stone houses with pools are particularly popular, as not only do they have good capital growth potential, there is a huge demand for them for holiday rentals. Owners rent out through websites like www.ownersdirect.co.uk.

The northern county of Istria’s great strength is position, always critical. Most of Europe drives there, as it is the nearest point on the Mediterranean. If you want to fly, Istria has its own airport at Pula but is surrounded by other airports at Rijeka/Krk and Trieste (Italy, but only an hour away) with Treviso two hours.

For other parts of Croatia, there are international airports at Split and Dubrovnik.

When the eco lobbying really kicks in and long distance flights to places like Turkey, Florida, the Cape Verde Islands and more exotic locations become prohibitively expensive, leading to falls in property values, Croatia will still be holding up.

Buying in Croatia, for foreigners, used to be relatively complicated, but for the last three years EU nationals have had the right to buy Croatian residential property in their own names.

The right to buy for non EU nationals depends on something called reciprocity. Basically, if Croatians can buy in their country, they can buy residential property here, although permission will be required from the Ministry of Justice before registration in the Land Registry can take place. It used to be the Ministry of Foreign Affairs and many websites that have not updated still claim this. EU nationals do not require such permission.
For anyone coming from a country not offering reciprocity, all is not lost, as we simply set up a Croatian company for them. A Croatian company can buy anything that a Croatian national can, including agricultural land and unusually large properties, which are otherwise restricted to Croatian nationals. Croatian companies can be 100% foreign owned.

Property ownership is readily verified online and reputable agents will check this themselves before offering property. The entry will record, inter alia, such things as whether a Usage Permit has been granted, whether there is more than one owner and what mortgages or other liens are on the property.

When buying a property, the buyer pays a 5% Property Transfer Tax. For property being sold by a developer registered for PDV (VAT), the 5% is only on the land value. For property being sold by a non PDV registered entity, the 5% will be on the value of the property as a whole. If the price included the currently (April 2012)25% PDV, which will have been calculated on the building value, this may be recoverable if the buyer buys through a company that actively trades, for example, rents out. The vast majority of new property offered in Croatia will include PDV if it is applicable, within the advertised price.

Things like utilities cost similarly to prices in other countries, although as water is metered, it will probably cost less, as an owner is only paying for water used while they are using their property. Local taxes are very low compared to, say, UK ones. UK ones have to cover all sorts of things like Fire, Police, Education and Ambulance services that in Croatia are covered by central government. In Croatia they are only expected to cover street cleaning and rubbish removal, both of which are very frequent and are consequently usually less than £200 p.a.

Croatia joins the EU in 2013 and prices will likely rise again, as they did elsewhere. The country is particularly good for retirement, not just for its obvious attractions like the landscape, yachting facilities and good food. Pension income is not taxed here. EU citizens retiring here will have automatic residency rights.

Any specific questions are welcome at http://croatiaproperty.proboards.com/index.cgi Or email me directly at peter.ellis@croatiapropertyservices.com