Home » Croatia » Moving » Moving To Croatia? Don’t Get Tied Up By The Red Tape

Moving To Croatia? Don’t Get Tied Up By The Red Tape 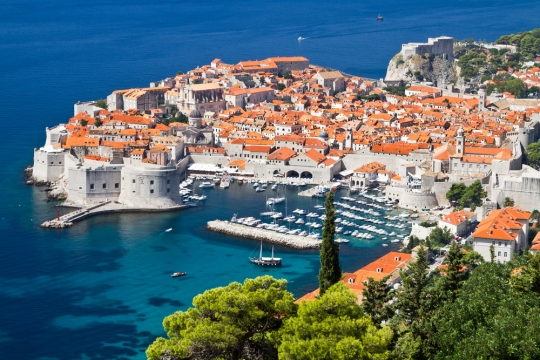 Croatia is a relatively young country full of potential. With its stunning coastlines, rugged mountain peaks and dense forests, it’s undoubtedly a beautiful place. However, in recent years Croatia has struggled due to slow economic growth as well as an infrastructure that’s been dragging its heels and is in drastic need of an overhaul.

Politicians have promised that this will happen, and that radical changes will streamline various processes across the board. As tourism in Croatia increases, so does the tantalizing prospect of investment from foreign entrepreneurs. The biggest issue thus far has been the infamous red tape that has plagued many an investor. With frequently shifting regulations and high tax burdens, the full potential of foreign investment has not got off the ground yet.In addition to this red tape, expats and those hoping to move to Croatia cite visas and permanent residence as challenges to the migration process. Both of these can be frustrating and lengthy processes. However, despite all of this, Croatia can be a wonderful place to live. In this guide, we’re going to have a look at the issues facing expats in Croatia and those hoping to move, to help you avoid getting caught up in all that red tape.

Keep Ahead Of The Game

One of the main problems with the bureaucracy in Croatia is that the laws are subject to frequent changes, keeping many people out of the loop. Official staff who predominantly deal with immigration and visas can also be left unsure of current and changing procedures, which leads to confusion for both parties. Keep ahead of the game by staying up to date with current affairs as much as you can. Stay connected in expat forums and take a keen interest in the news.

Try to find the time to do some research prior to moving to Croatia. Subjects that will be valuable for you to look into include tax, visas and residency status, all of which can in turn affect aspects of everyday life such as purchasing a vehicle. For example, migrants can only purchase a car in Croatia if they have a residence permit; whilst in a main city this would perhaps not be a problem, this could prove inhibiting if you planned to make your home in a more rural area of the country.

The job market in Croatia can often be quite limited. Making use of networking as connections can sometimes be more likely to land you a job than the usual channels. This is particularly true for those who intend to set up their own business, who can potentially face a lot of red tape in their investment endeavours. Having said this, expats should exercise particular caution with any officials who promise to speed up any bureaucratic processes.

Save Stress With A Local Lawyer

Many expats have saved themselves a lot of time and stress with visa and residency applications by employing an English-speaking lawyer who is up to date on all of the processes and can easily guide them through the bureaucratic maze. In the same vein, employing the help of a local specialist for rental properties can save you a lot of heartache and confusion in the long run, and help you to get your feet on the ground. A specialist can help you navigate the required paperwork that will get you set up with a property and a visa in no time at all.

Brush Up On Your Croatian

It may not come as a surprise to you that beginning to learn the local language will save you a heap of bother, as well helping you assimilate into local life much more quickly. If you’re considering a long-term move to Croatia and wish to gain permanent residence or even citizenship, then you will have to complete a language test. Local people often have limited English, even those that work in official occupations, which may make your visa application process slower than it has to be unless you employ additional help.

The Future Of Croatia

Back in 2016, the national reform programme was announced, which divided into four areas: macroeconomic stability and fiscal sustainability; improving business and the investment climate; public sector efficiency and transparency; and better education for the labour market. The main objectives of this programme are growth and job creation.

The Prime Minister was quoted as saying:

“To facilitate doing business and improve the investment climate, we must remove red tape from the system and strengthen the information system in public administration, as that will accelerate processes.”

A 2017 report from the European commission observed that Croatia had “excessive macroeconomic imbalances”. On the other hand, “the unemployment rate is falling rapidly, thanks to moderate job creation and a shrinking labour force. Finally, a cumbersome business environment depresses productive investment and productivity growth.”

Further reports for 2018 are still ongoing, but one can glimpse from earlier findings that although it is promising that reforms are planned and underway, the progress at this juncture in time is a little disappointing. For the foreseeable future it seems that the bureaucratic processes in Croatia may not be getting any easier, and there still may be some hurdles to jump before we see significant improvements.

Have you lived in Croatia? Share your tips in the comments below, or answer the questions here to be featured in an interview!