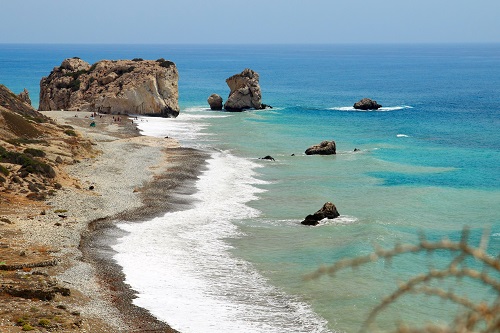 The cost of living in the Republic of Cyprus has been significantly affected by the country’s banking crisis. The problem is the measures that the European Union imposed on Cyprus in exchange for a bail-out loan and the shrinking economy. For a long period of time, pensioners from the UK have been moving to this island because of its low cost of living and favourable tax conditions, which allowed their money to go further than it would have in the UK.When the crisis struck the island, many of them lost large amounts of their savings.

Expats from strong economies may find prices in Cyprus relatively low, but the cost of living is in relation to the average income, which is around 1400 EUR in this country. By contrast, the average salary in Berlin is approximately 2200 EUR. A significant number of expats have savings deposited in their home countries. Nicosia is the most expensive town on the island.

It is important to know that the costs of accommodation, healthcare and education are still fairly low. On the other hand, the prices of some consumables such as groceries and magazines are high. The southern part of Cyprus is more expensive than the Turkish-controlled north, especially when it comes to rent. Most expats choose to live in the south because of the better job offers and salaries.

Groceries in Cyprus are generally cheaper than in the UK, especially when buying fruit and meat, but products like beer and cigarettes are not much cheaper. Restaurants are significantly cheaper, and if expats choose to eat at smaller, local ones, they can save quite significantly and also sample some of the fine cuisine on offer in Cyprus. The cuisine in the country is a cosmopolitan blend of Greek, European and Middle Eastern recipes.

Since 1951, there has been no rail network on the island, but the long term plan is to have access to intercity trains once again, which is estimated to happen in the next 15 years. The bus network prices are fairly low. As they are not always reliable and routes can be limited, however, many people choose to drive or hire private taxi services.

This is a country with one of the highest car ownerships per capita in the world. Expats mostly find that driving is the best form of transport on the island. Having a car is highly recommendable as there is no operational railway network or public transport between the island’s major cities, which have their own bus and taxi services, mostly for local use.

The public transport in Cyprus is largely concentrated on private bus services and taxis, so the options are limited when travelling between urban centers.

When choosing a bus as means of transport, there are several kinds of services in Cyprus. Buses between villages and cities are very limited, since they leave once or twice a day and don’t operate on Sundays. Trans-urban buses that link cities and towns are far more frequent, while bus services that run within cities are considered to be the most reliable public transport service in Cyprus.

Cyprus has several bus companies that operate in each part of the country. There are the OSEL buses that run in Nicosia, and OSYPA Limited’s buses, which work in Paphos. In Northern Cyprus, the situation is slightly different as the Turkish Cypriot government leases out routes to private operators. So, buses in Cyprus don’t all look the same but they all have their destination displayed on the windscreen.

Because of this, expats should always check the bus routes of individual operators. This can be done via the respective companies or at tourist offices. Services often cease in the evening and are quite limited on weekends. There are some extended services during the tourist season that run until midnight.

As with the bus companies, there are several taxi services in Cyprus as well. Urban taxis are the most common and they offer 24-hour services in all major cities. It is more recommendable to book in advance, even though taxis can be hailed from the street. The prices of taxis are regulated by the law and depend on the time of day. Some of the cities have dedicated taxi ranks, such as Eleftheria Square in the capital. When hiring a taxi to travel between major cities, expats should not worry about the price, because it has a fixed rate, but these do not operate between smaller towns.

Driving in Cyprus is definitely the most effective way of travelling around the island. For example, the distance from Paphos to Nicosia can be driven in two hours. Road signs in the country are often in English and Greek, and roads are well maintained. Gas stations are widely available and traffic is less crowded compared to some bigger European cities. Cars can be easily rented as well. As one third of the roads in the country are unpaved, it is wise to ask locals which ones to avoid.

Cars in Cyprus drive on the left-hand side of the road, just like in the UK. The speed limit on major highways is 100kmh (60mph) and 50kmh (30mph) in populated areas. On inter-urban or rural roads it is generally 80km/h (50mph). The use of a mobile phone while driving is allowed only when using a hands-free device. Drivers from the European Union can drive until their license expires, while those from pre-approved countries can drive for up to six months. These countries are Canada, the USA, Australia, New Zealand and South Africa. Non-EU nationals are allowed to drive for a maximum of one month, or with an international driving license.

All newcomers in Cyprus should be aware of the way of driving in this country. Cypriot drivers are known for not stopping at roundabouts and not using indicators when turning.

Cycling in Cyprus is the most practical mode of transport for covering short distances between places. It is important to know that it isn’t allowed on major motorways, but there are generally ordinary roads that run parallel to them. Nicosia is perhaps the best place for those who prefer cycling, with its bike-sharing system and various cycling lanes across the town. There is a huge number of bicycles spread around the city. They can be found in more than ten stations across the city.