Accessing Healthcare In The Dominican Republic As An Expat 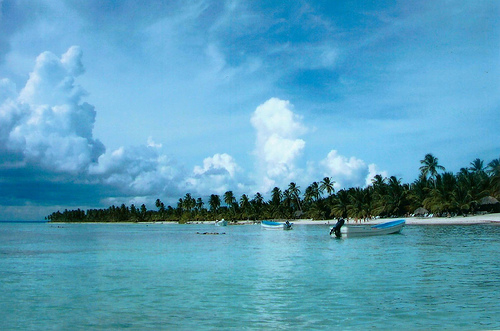 The Caribbean nation of the Dominican Republic is located on the island of Hispaniola. The western region of the island is occupied by Haiti. Occupying an area of 48,442 sq. km, the Dominican Republic has a population of about 10 million. Some of its most popular cities include Santiago, Puerta Plata and the capital city of Santo Domingo. The country’s economy is the second largest among the Caribbean and Central American countries and its main industries are agriculture, trade and tourism.The Dominican Republic’s healthcare system witnessed reforms between 1996 and 2000, which led to better healthcare standards and increased people’s access to the nation’s medical care centers. In 2001, a compulsory national health insurance system was introduced and this ensured free access to healthcare services for all citizens and legal residents. But since up to 75 percent of the people rely on this public healthcare system for medical care, the system’s limited resources are often strained.

The free healthcare provided by the government meets certain basic needs, but is still in need of further reform. The facilities often lack proper equipment, medications and trained professionals. The government does sell generic brand medications at low costs at its Promese Boticas Populares, but they may not always be in stock. A few clinics that provide free or subsidized medical care are known to adhere to good standards.

Expats living and working in the Dominican Republic are advised to acquire comprehensive private health insurance so that their stay in the country can be covered. Foreign nationals are likely to come under the contributive regime category in the country’s healthcare system. It is advisable to check these details with your employer. Most medical insurance coverage is available for a price that can be covered by employers, and can usually be paid either annually or in monthly instalments.

Private clinics and hospitals in the Dominican Republic are equipped with advanced medical equipment and adhere to higher standards of healthcare. But the services at such facilities are also more expensive. The country’s private medical facilities also attract a great deal of medical tourism, especially in the fields of cosmetic surgery, laparoscopic surgery and dentistry. Some of the most reputed hospitals in the Dominican Republic are located in Santo Domingo and a couple of other major cities. One of these is the internationally renowned, Hospital Metropolitano de Santiago (HOMS), considered to be among the best hospitals in the country. Due to this, those areas that lie beyond the urban territory have reduced access to quality healthcare services. At private health centers, expats will also have the benefit of interacting with medical staff who are fluent in English.

Expats will find that family physicians and general practitioners are not available easily in the Dominican Republic. Therefore it is more beneficial to select an internist, who can cater to basic requirements and also provide referrals to specialists when the need arises.

Over-the-counter medications are available at pharmacies or farmacias in the Dominican Republic. These are quite affordable and most medications are available without a doctor’s prescription, except for narcotics such as morphine. Pharmacies can be found all over the region, even in the small towns and villages. They are usually open from 8am to 8pm. Two of the biggest pharmacy chains in the Dominican Republic are Farmacia Carol and Farmax.

In case of emergencies, dialing the number 911 puts one in contact with Red Cross ambulance services, Fire Fighting and Police. Private ambulance services are also available in the bigger cities such as Aero Ambulancia (809/ 200-4100 – toll free inside Dominican territory) and Movi Med (809/532-000 in Santo Domingo and 1-200-0911 from other places in the country.)