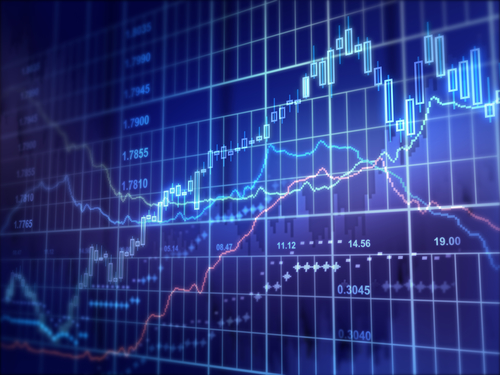 The UK’s chancellor of the exchequer, Philip Hammond, has been warned that British expats face losing their pensions and having their insurance voided as a result of Brexit. This is because insurance and pension firms based in the UK may be barred from taking money from EU customers unless the issue of contracts is addressed in negotiations.The warning comes from the Treasury committee’s chairwoman, Nicky Morgan, who says that pension companies and insurance firms will need to be authorised to sell products to EU customers, receive premium payments and pay out claims in any of the 27 EU countries. Ms Morgan says there is a potential problem around how to deal with business that predates the UK’s withdrawal from the EU if an agreement can’t be reached beforehand. In a letter to the Chancellor, Ms Morgan says: “It’s possible that UK providers may not legally pay out pensions or insurance contracts to EU citizens, including UK expats.”

The issue has also been highlighted by the Association of British Insurers, who say that under freedom of services rules, British insurance firms are free to sell products across member states. However, after March 2019, passporting rights will come to an end, leaving a legal question hanging over those contracts which have already been written. For example, a British pensioner living in Spain could see their pension payments stopped if providers are blocked from transferring money.

Fears that a tax crackdown on the super-rich would lead to them leaving the UK have come to fruition with news that 12,000 non-doms have fled the country over the past year. Research from accountancy firm Moore Stephens has shown that 55,000 more are planning to leave. The exodus has been prompted by the Brexit vote and non-doms’ fears over their tax status. The non-dom rules were introduced to make the City of London an attractive destination for foreign expat financiers working on temporary assignments.

The government has unveiled plans to crack down on long-term non-doms living in the UK, who will now need to be resident in the UK for 15 of the last 20 years before being considered as domiciled for tax purposes. A spokesman for Moore Stephens said: “It’s clear that non-doms are concerned about their UK futures and many may also have been squeezed by changes in tax law over the last decade, but Brexit could also be a tipping point.”

HMRC says that in 2015, the UK was home to 121,300 non-doms who contributed £252 million in capital gains tax, while they paid £9 billion in income tax and national insurance contributions on their UK earnings. The survey revealed that if half of the non-doms opt leave the UK, the country will lose around £5 billion in revenue. The non-doms are primarily heading for Switzerland, followed by the United States.

Growing numbers of expats are taking advantage of the downward trajectory of the pound, since they earn in foreign currency and can buy property in the UK at a discount. Many of these expats, according to estate agents Strutt & Parker, are based in China, Hong Kong, Malaysia and Singapore. The expats are enjoying a discount of 21% on pre-referendum prices.

The head of Strutt & Parker’s country department, James McKenzie, told one national newspaper: “Expats are keeping our market alive. There are fewer London-based buyers moving to the country, and of the last six houses that are in a 20-mile radius of Bath have been sold or gone under offer to expats.” The firm says that in the second quarter of this year, the proportion of expats buying homes has risen to 4.1 percent, compared to 2.9 percent last year. There’s also strong growth in enquiries.

Real estate firm Knight Frank agree, saying that 23 percent of country houses worth more than £2million had been sold to expat buyers. They point out that the increase in stamp duty, a three percent surcharge on a second property purchase, is being offset by the weak pound, which attracts foreign buyers. Recently, Skipton International reported that it had seen a 162 percent rise in enquiries for buy-to-let mortgages from expats, with large increases from those in United Arab Emirates and Singapore.

A glittering ceremony held in London announced winners for Best Practice Adviser in Europe. The awards are organised by International Adviser, and have the aim of recognising financial advisers working within the industry who display a transition towards best practice.

Reforms affecting UK non-doms under the new Finance Bill mean there is a growing need for specific life insurance policies to be created, says AIG Life. Under the new legislation, non-doms who have been resident for 15 of the last 20 tax years in the UK will now be deemed domiciled for inheritance tax (IHT) purposes.

Essentially, someone who was a UK domicile and who chose to become non-UK domicile could now have to pay IHT on their worldwide assets if they live in the UK, meaning they will still be viewed as if they were still UK domiciled. Further, non-doms with offshore structures which own UK residential properties would previously have been exempt from IHT; however, these arrangements will now be ‘looked through’ and could become liable to IHT.

AIG says that the reforms will make UK residential property being held by a non-dom in an offshore trust, partnership or company, potentially liable for IHT. The insurer will be creating a new IHT liability worth billions of pounds for the beneficiaries of wealthy non-doms. The firm’s technical sales manager, Andy Roberts, said: “Whether the property will be kept, gifted or sold, there will be a need for live insurance. We developed our capability for non-UK residents, knowing that many non-doms will be non-resident and we will be able to consider coverage even if they are permanently living abroad.”

Kuwait’s Social Affairs Minister has said that residency permits for expats living in the country may not be renewed as the government struggles to address its demographic imbalance. Various professions of expats, particularly teachers, have already been told restrictions will be put in place, but the new announcement appears to widen Kuwait’s aim to remove expats from the workplace. There are also calls to restrict expat nationalities so they do not exceed 15 percent of the local population. This would see a large percentage of the 700,000 Indian expat community having to leave the country.

British expat contractors working overseas are coming under closer HMRC scrutiny, with requests for tax data being made to foreign tax authorities doubling, says one financial services firm. Access Financial says the revenue made more than 1,000 requests to tax authorities overseas last year, compared with 499 in the year before. However, due to a growing number of worldwide tax transparency tie-ups, HMRC are also receiving more data automatically.

This data haul has led to HMRC receiving nearly £2 million more in tax, or £1,933 per expat investigated. Access Financial’s Kevin Austin said: “Historically, there has been a widespread view that tax authorities seldom act in a joined-up way, so it’s been easy to slip between the cracks. Now HMRC has the power to instruct foreign tax authorities to collect tax on its behalf and is asking its European counterparts increasingly to pursue expats with a bill for disputed tax.” He added that it is probable that a ‘significant proportion’ of British expat contractors working overseas, either currently or previously, are unlikely to have ‘paid the correct amount of tax’.

In recent years, Portugal has been held up as a choice destination for expat retirees. However, a new law could see expat pensions that are transferred to Portugal being hit with a 10 percent transfer tax. One Portuguese newspaper has reported that the government is looking to change its non-habitual residency (NHR) programme. One of the big changes will be the introduction of a flat rate of tax on pension income from new NHRs of either 5 percent or 10 percent, with the new tax rate look set to being introduced on 1 January next year.

The best countries for expats wanting to invest in buy to let property have been listed by money transfer firm, WorldFirst. They say that the best country for yields is Eire, with an average of 7.08 percent. The UK has fallen to 25th position, and is rated as the worst country in Europe for a property investment, with yields of four percent.

However, there are countries offering worse average yields in the UK; Austria, France, Croatia and Sweden all deliver less than four percent. The top five countries for buy-to-let yields sees Malta, Netherlands and Slovakia delivering more than six percent. Edward Hardy, economist at WorldFirst, said: “The link between the health of a country’s wider economy and housing sector is clear, and the UK’s rental market deterioration is sounding the alarm for a wider slowdown.”

South Africa’s National Treasury has responded to criticism, and will alter the planned taxation laws so that expats are not taxed on their first R1m (£55,525/$72,884) of earnings. Should the new law be passed, South African expats will have to comply on local taxes and foreign earnings from March 2019.

After years of losses, Harrods bank has closed its doors for the last time. The bank has written to business and personal customers, telling them to move their bank account. The bank started by accident 124 years ago after customers from around the world sent money to be processed for family members, although it’s now very popular with Middle Eastern customers living in the UK.

The world’s most expensive city for international students has been revealed. According to real estate firm Savills, the priciest place is Boston, USA, followed by New York and San Francisco. Sydney in Australia has now overtaken London; this is down to the strengthening Australian dollar over the poorly performing sterling. The cheapest cities for international students in Europe include Berlin and Vienna.

News outlets in Saudi Arabia are reporting that rents for properties in Jeddah are falling for the first time in decades as expats leave the kingdom. Experts say the fall is linked to the dependents’ tax, which was implemented in July. This tax has seen expat workers paying for each of their sponsored dependents including their children, spouses and parents.

A survey from Old Mutual Wealth reveals that 64 percent of expats in the UAE are looking to return home to retire. The investment firm says there’s a growing need for expats to choose investment and saving solutions which meet their financial needs and are portable enough to take home with them.

Oman has disclosed that the amount expats need to earn to bring family members into the country has been halved. Expats must earn OMR300 (£585/$779) per month now the law has been changed.

After several months of discussion, the new Dutch coalition government has moved the expat’s tax break, known as the 30 percent ruling, from eight years to five years. The finance ministry says the tax break is too generous and could be reduced further, while the importance of attracting top expat talent to the country is also recognised. Around 60,000 people currently claim the tax break, which means they do not effectively pay any tax on the first 30 percent of their salary.