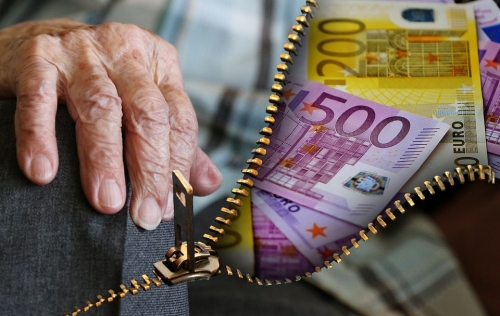 French pension rules are complex and have been changed in recent years – and more changes are planned.

Typically, a French pension is available to those expats who have lived and worked in the country for a number of years and meet a set of conditions.

The French social security system, or sécurité sociale, is the fund into which all employees in France must pay into before they can claim a pension.It is for this reason that there are conditions that help create a complex situation for expats for them to receive their pension for retirement, or their retraite.

While this is only a brief guide to expat pension plans for those living in France, most expats who have worked and lived in the country will be entitled to a state pension.

They can also transfer a pension from their home country which could be an advantageous move financially for expats looking to retire to France.

Most expats working in France will pay social security contributions which are taken automatically from their salary. It’s also possible to contribute to a supplementary pension as well.

Essentially, for an expat to claim a French pension, or a pro rata of it, they must have worked in the country for a least 10 years to get the minimum amount, while for the maximum they will need to have worked there for between 41 and 43 years.

Like many other countries, the French government is looking to increase the retirement age, so this length of service depends on when the expat was born.

However, it’s also possible for an expat to work past the French pension age and their pension will increase as a result.

Amount that can be claimed

The amount that an expat can claim for their French pension is point based and they will need to work at least 41.5 years before they can claim the full pension; this will increase to 42 years from 2018 and by 2013 it will be 43 years.

Under the French scheme, a retiree can expect to receive 50% of their annual average earnings and this is capped at €35,000 per year.
Also, by law French workers must pay into a supplementary pension; these are industry specific. The contributions are made by employees and employers.

It’s important to appreciate that the supplementary French pension system is also based on a points system, that is the number of points that an expat will accrue in their working career, and the pension they receive is calculated on their entire working salary average, not on the best 25 years of earnings.

However, for those workers born after 2007 this system will be different: it will calculate their 25 best earning years rather than working out their career average.

For expats who can meet the conditions for the country’s full rate state pension, the supplementary pension will also be paid at the full rate.

The government in France is also keen to promote voluntary private pensions, usually with a ‘company savings plan’, which is a tax efficient way to save for retirement.

Expats could opt to take a five- or ten-year policy with contributions from €50 a month and claim tax credits of 10% of their contributions.

When it comes to calculating a French pension, as mentioned previously, the points-based system calculates the number of quarters the expat has worked and how much they have paid into the social fund.

The system also calculates when a woman takes maternity leave and their pension benefits are automatically added.

Expats who work in other countries could also have their contributions calculated to qualify for a French pension or to receive the country’s higher pension rates.

Expats retiring in France who have worked there for at least 10 years may still qualify for a pension under the country’s pro rata system.

Find out whether you are eligible

The best way for an expat to find out whether they are eligible for a French pension is to speak with their home country’s pension authority to see what the situation is and whether their contributions can be applied.

There is an obvious problem for British expats, since this will be a crucial part of negotiations for the UK to leave the European Union after the referendum in 2016. No one yet knows whether the UK will agree to pension provision in EU countries for British citizens.

Also, the French pension system has various issues that the government is looking to address, particularly the pension deficit. It appears that expats and citizens will need to pay more into the funds from this year.

A UK pensioner will receive their pension gross and if they are tax resident in France then they will be taxed on it at 45%.

That’s because the pension an expat receives is from a professional activity which means that it is, under French law, taxed as a salary – but the country also considers child support, disability pension and alimony payments the same way.

However, as a tax resident, the British expat can then declare their tax payments under their household’s taxable income.

Also, unless the British expat has the S1 form, then they will also need to pay social charges of 7.3% on their pension income.

Another issue for British expats is that receiving a private pension may cause issues because there isn’t a similar system in France, so this may be taxed and be subject to the 7.3% social charge or, if it is seen as income, then it will be subject to wealth tax at a higher rate.

As with all financial issues, professional financial advice should be sought to ensure that the expat is not paying more than they need to in tax and that they are eligible for claiming a pension in France, particularly if they have lived and worked there for at least 10 years.

The European Union has a helpful guide for applying for pensions in other EU countries, particularly in those where an expat has accumulated pension rights.

For French expats, the country’s pension authority offers a guide to claiming a pension overseas.

The French government has a website for its sécurité sociale.