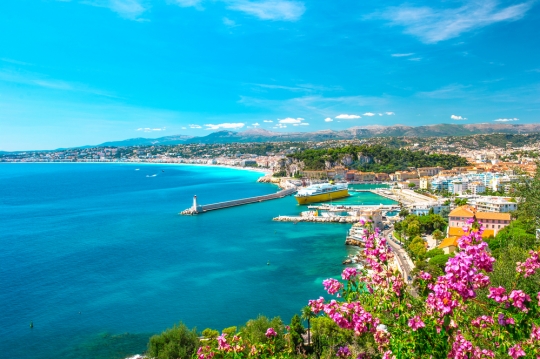 The French government is in the process of a total pension revamp. Currently, there are two main compulsory pension plans: ARRCO and AGIRC. AGIRC applies primarily to white-collar employees, while ARRCO applies mostly to blue-collar staff. These French pension plans are funded by employer and employee social security contributions. Pension benefits for public sector workers are worked out based on salary during the last six months before retirement. In the private sector, pensions are based on the salary average over the last 25 years of service.The current reform is trying to address the plans’ financial imbalances. The changes were originally expected to go live in 2019 but have been pushed back to 2025. It has been said that workers will retain benefits already accrued under the existing system; however, it has also been said that it might take up to 40 years before the new pension system is in full effect.

Under the changes, the government plans to align all the retirement systems in both the public and private sectors to make one streamlined system. The current pension system is made up of three pillars: state pension, compulsory supplementary pensions and voluntary private pensions.

The legal retirement age will be kept at 62.

All 42 retirement regimes will be phased into one single system.

The new single system will use points. This means that all pensioners, whether they worked in the private or public sector, will get the same retirement benefits for each euro paid.

Exceptions will be made for pensioners who work in certain sectors. For example, some employees who work in physically demanding jobs will still retain their right to retire before the legal retirement age. Independent workers will also have specific pension contribution plans.

Bonuses will be taken into account when calculating public sector employees’ retirement benefits.

Compensation points will be given for periods of unemployment such as illness, maternity and unemployment.

Points will be given from the first child instead of from the third child, as it is the case currently.

Pension Options In France For Expats

Expats can live in France on various types of pensions earned in their own country.

State pensions may be liable to taxes in your home country as well as in France. There are some countries that have a taxation treaty with France, meaning that certain taxes can be reclaimed and so retirees in France can avoid paying tax twice. If you have an existing pension in your own country (either private or state), you need to know the tax rules for both France and your own country. You can find a full list of countries that have double-taxation or social security treaties with France here.

Certain migrants are entitled to a French pension, although the current rules of the French pension system don’t always make this easy.

A French state pension is usually available to migrants who live and work in France for a set number of years and meet certain other requirements. The minimum number of years is 10, while you become eligible for the maximum pension amount after working in France for 40 to 43 years (depending on when you were born). Expats can also transfer some pensions from their own country.

Exceptions for early retirement usually apply to those who have worked for many years, people living with a disability or those in physically stressful or unhealthy work environments.

Workers who have reached their French pension retirement age have the option to continue working. A pension increase is typically offered per each extra quarter worked past pension age, while a deduction is taken for every quarter taken before official pension age is reached.

How To Apply For A French Pension

Once your statutory retirement age is reached, you will need to contact the Caisse Nationale d’Assurance Vieillesse (CNAV). You are entitled to receive a pro-rata French pension calculated in accordance with the amount of contributions you have paid into the French social system.

If you haven’t worked in France enough years to become eligible for the state pension (40 to 43 years) but you’ve worked in other European countries, you may be able to combine the total number of years worked within the EU to qualify for a French pension or receive higher pension rates. For example, if you only worked 10 years in France but 32 years in UK, you may still qualify for a pro-rata French pension; although this may change after Brexit. This means that you will qualify for the state pension but will receive a reduced amount.

Expats who live, work or retire in France will be required to pay French taxes on their pension in France. Under French law, a French pension earned from employment is taxed in the same way as your salary.
French state pensions, occupational pensions and private pensions are subject to a 10 percent tax deduction. The minimum amount is €377, and the maximum is €3,689 per household per year. Tax is calculated on household rather than individual income to benefit families where one spouse earns more than the other. French tax rates are based on a sliding scale from 14 to 45 percent, depending on your income bracket.