Dealing with the French Health Insurance System as an Expat 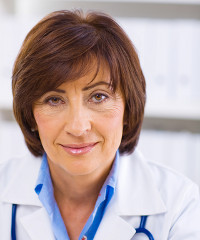 Overall life expectancy at birth in France is 81.7 years and health is of an exceptionally high standard. In many ways, it excels and overtakes healthcare in countries such as the UK, with better access to new drugs, less hospital infections and pioneering research. However, that said, there is a lot to be said for the quick and easy access to free healthcare enjoyed in the United Kingdom.

The French health care system provides universal health care that is largely financed by way of national health insurance. The country is actually prepared to spend an average of 11% of GDP on its healthcare according to a report in the year 2005. This figure is much higher than the average spent by countries in Europe. Approximately 77% of health expenditures are covered by government funded agencies.Contributions to the health program are based on income. Wealthy people with capital income as well as those with income from employment and recipients of social benefits have to contribute and taxes from gambling are added to the pot. Insurance is compulsory and the system is effectively financed by the general public.

Expats moving to France need to research the insurance and health service on offer in the country and compare with their home nation.

The main health scheme in France is the CMU Scheme (Couverture Maladie Universelle). For expats permanently living in France, it makes sense to join the national state health insurance system, which is the best option. The main advantage to the scheme is that nobody is disregarded for having a pre-existing medical condition. The disadvantage is the high running costs involved. Employees have insurance payments taken from their wage packets.

The CMU is administered through hundreds of local offices across the country. They are known as CPAM offices (Caisse Primaire Assurance Maladie), and handle reimbursements. They will also affiliate new arrivals on production of items such as identity and proof of long-term residence. The self-employed use one of many “Regime Social des Indépendants” offices.

It is important to note that CMU membership gets you reimbursement of about 70 per cent of fees, it does not pay the fees in full and so a top-up insurance is usually necessary to cover the remainder of costs. A GP visit is paid at 70 per cent by CMU and the remainder by the patient. In a pharmacy, the costs of drugs will be reimbursed at a rate of 15, 30, 65 and 100 per cent depending on their perceived necessity etc. Hospital costs are reimbursed 80 per cent but not charges such as food.

Expatriate retirees who have the E121/S1 form can make use of the CMU scheme and the form is issued by the Department of Work and Pensions.

Before 2007, the many people who retire and settle in France were using the health system without contributing financially. From November 23, 2007 they were excluded, and required to buy appropriate health insurance. After protests from the international community, restrictions were eased for some including people with chronic illness (who would be uninsurable commercially), those undergoing treatment for serious diseases and non-working expats who had been continually resident in France for five years or more.

The European Health Insurance Card (EHIC) offers essential care for European holidaymakers in another EU state and covers businesspeople for short periods of time, but it is not recommended as comprehensive insurance coverage for expats.

There are different types of insurance plans for expats. Budget cover mainly extends to hospitals, while comprehensive also includes out-patient fees. The small print on insurance plans explain fully what is covered and what is not, so it is best to look and compare numerous plans and do extensive research, before moving to France.

With comprehensive private cover, a single person aged 21 with an average plan would expect to pay approximately £1,100 a year, although with different insurance companies, the prices vary dramatically.

The key for expats is to do your homework prior to moving to France and find out what is available for your needs. Expats can be assured of top healthcare in the nation, which received excellent feedback from locals and assessors. However, this does come at huge personal cost to the French people.